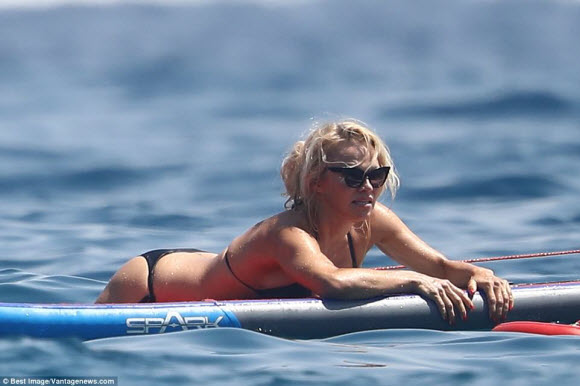 Yesterday Pamela Anderson was famed for her amazing body in her Baywatch days.

But today Pamela proved she’s still in sexy shape during her recent holiday in the South of France, showing off her incredible body in a tiny black string bikini.

The 50-year-old actress was spotted sunning herself on board a luxury yacht earlier this week, cooling off under a hand-held shower following a dip in the sea. 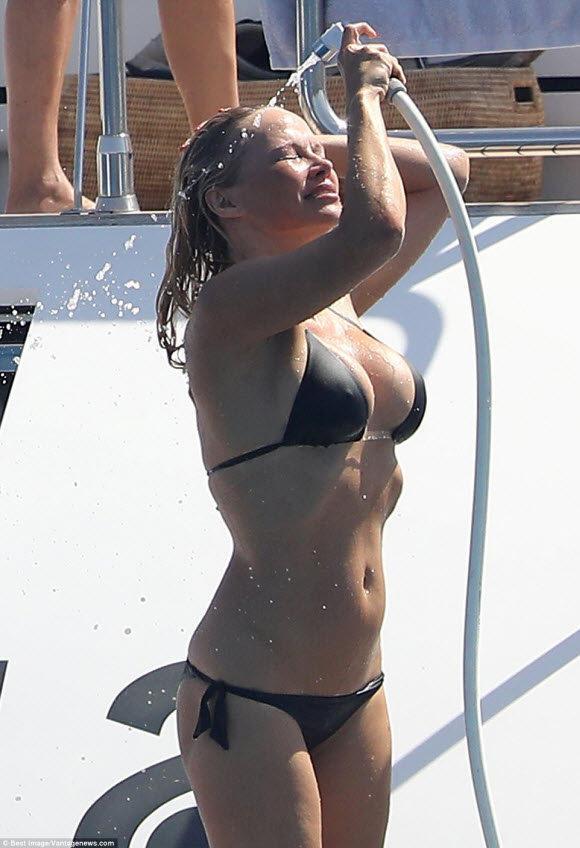 Pamela flaunts her toned and tanned body in the simple two-piece bikini, which flattered her curves and showed off plenty of sun-kissed skin.

The striking star’s triangle top, which plunged into a deep V at the chest, flaunted her ample cleavage to perfection as she rinsed herself off in the sunshine.

Paired with equally skimpy bottoms, which rose to a daring height at her rear, the actress then left her impressively toned stomach and enviably peachy derriere as she relaxed aboard the lavish vessel.

The blonde bombshell went make-up free for her outing, and wore her hair down loose for the trip to prove her striking natural beauty to all.

She showed off her incredibly youthful visage and radiant complexion as she showered in the sunshine, before completing her look with a pair of dark cat-eye sunglasses in a finishing touch of glamour. 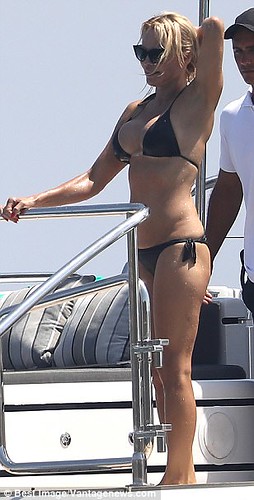 Having spent her morning reclining on deck, Pamela then floated out to sea on a lilo with a male pal, who she happily chatted to and laughed with as she bronzed in the sunshine.

Pamela has courted attention with her love life in recent months, after rumours started swirling she was dating WikiLeaks founder Julian Assange.

Pamela was first linked to Julian in September 2014, when she was spotted at the Ecuadorian Embassy where he resides in self-imposed exile – believing he will be extradited to the States for questioning over the activities of WikiLeaks if he left.

She is thought to have made the visit in order to try to persuade Julian to back her new foundation, which supports women who are victims of sexual abuse. 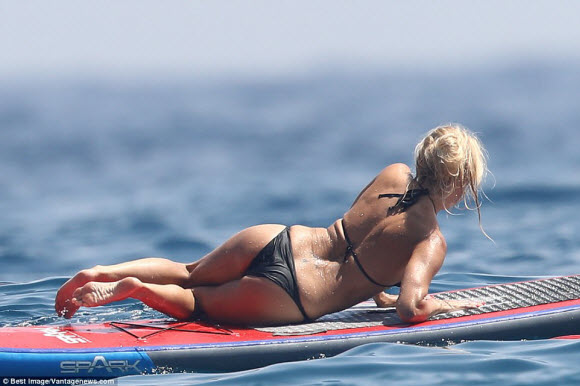 Since then, she has become a regular guest and was even snapped bringing vegan cheeseburgers to the political prisoner in February.

The actress has previously referred to Assange as her ‘dear friend’, saying she would not be surprised if people reduced their connection to ‘just a sexual relationship’.

However Pammy has since been spotted enjoying a string of outings with French footballer Adil Rami, 31, in the South of France.

In late June, the pair put on a cosy display during a dinner date in St Tropez’s La Gioa restaurant as their rumoured romance appears to heat up. 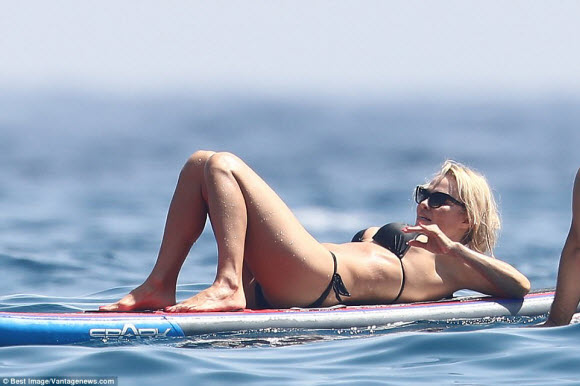 The reported couple were first seen together in Nice more than two weeks ago, and are thought to have met in LA back in May.

MailOnline has previously contacted representatives for Pamela and Adil for comment.

The rumoured romance comes after the star’s three failed marriages – having been married to rocker Tommy Lee from 1995 to 1998 after knowing him for only four days.