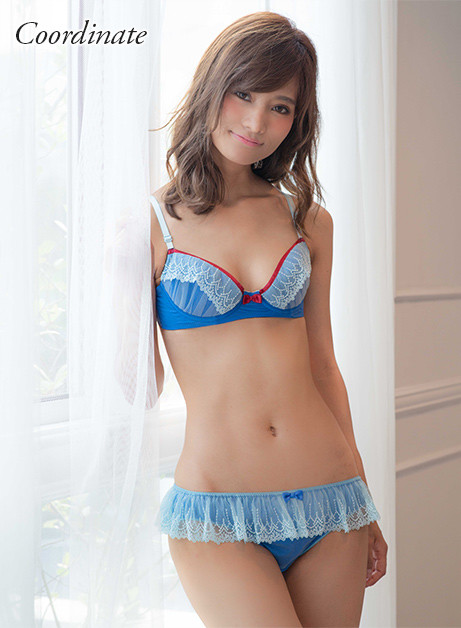 Otaku clothing site SuperGroupies has added two new sets of Evangelion lingerie, inspired by the plug suits worn by Shinji Ikari and Kaworu Nagisa. Both bra and panty sets are priced at 8,800 yen (about US$83.50). Pre-orders are available until July 31, and the items will be shipped at the end of October.

The Shinji bra and panty set is sky-blue with white lace detail and ruffles. It has a red stripe along the top of the bra that mimics the collar on Shinji’s plug suit.

The Kaworu lingerie set is a deeper navy blue with white lace and white stripes along the top of both the bra and panty.

SuperGroupies previously released Evangelion lingerie sets inspired by the characters Rei Ayanami, Asuka Shikinami Langely, and Mari Illustrious Makinami. These sets are all currently available on the SuperGroupies website, but quantities are limited.

Peach Jones, the creator of the Sailor Moon lingerie line, produced its own Evangelion-themed lingerie line, which includes bra and panty sets inspired by Rei, Shinji, Asuka, Kaworu, and Mari; nighties; and a Pen Pen kigurumi.