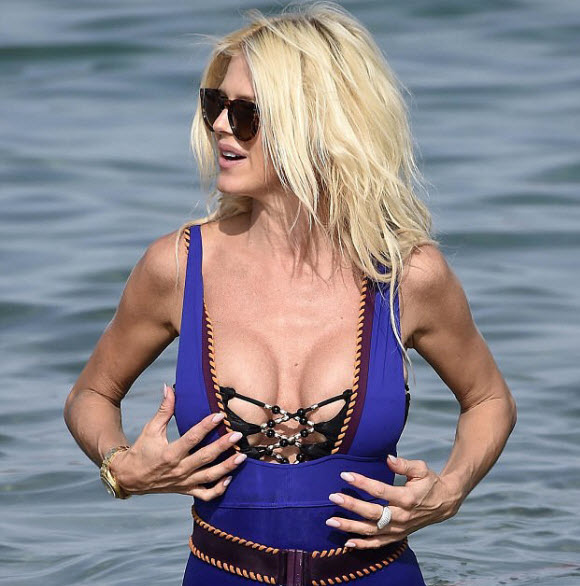 Victoria Silvstedt, 42, proved she can still set pulses racing on Wednesday, as she flaunted her show-stopping figure during a day of tanning in Sardinia.

The Swedish beauty slipped her svelte figure into not one but two saucy beach ensembles, which gave an eye-popping glimpse of her bust, as she soaked up the glorious Italian sunshine. 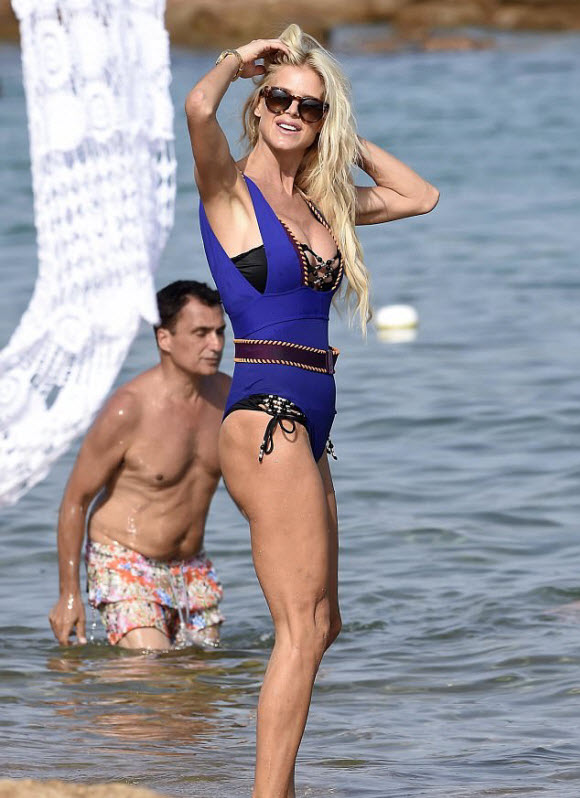 The model was certainly not afraid to flaunt her figure as she first hit the beach in a skimpy black bikini.

The halterneck top laced like a corset at the front, to give a saucy glimpse of her famously ample and rounded cleavage to all.

Paired with equally skimpy bottoms, the blonde then displayed her impressively toned stomach and plenty of sun-kissed skin, as she topped up her tan on her sun lounger. 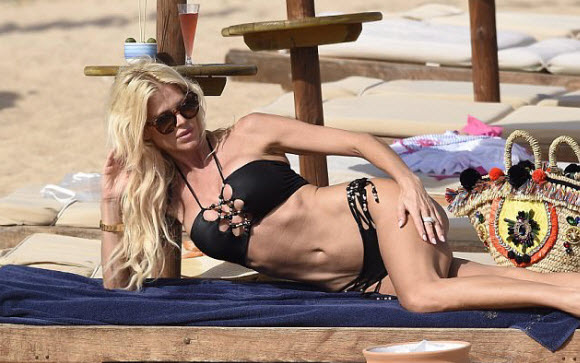 Only upping the sex appeal further, Victoria later relaxed on her side as she posed for photos – revealing the brief’s thong cut at the rear, and leaving most of her peachy derriere on show.

Not stopping there however, the TV personality proceeded to layer another vibrant blue swimsuit atop her bikini, as she enjoyed a quick dip in the sea.

Tightly hugging her figure all the way down, the one-piece served to accentuate her enviably slender frame as she cooled off in the water – but remained low-cut at the front to keep her bust on full display. 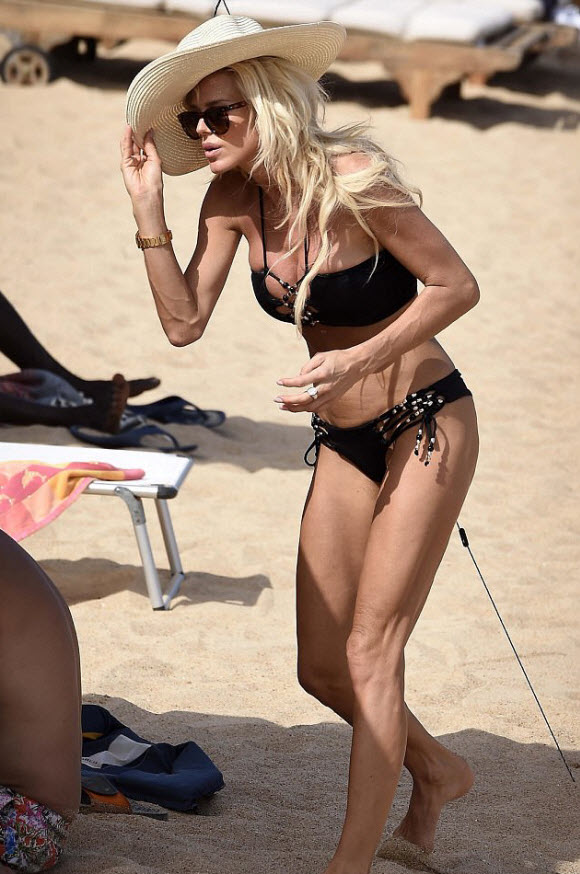 Adding dark shades and a floppy straw hat, the model was the picture of glamour as she snapped a few selfies and relaxed by the coast.

Her Italian getaway marks one of many holidays for Victoria this year – who has already spent time in St Tropez, Cannes and St Barts over the last six months.

The blonde has enjoyed a lengthy stint in the spotlight after being chosen to represent her country in the Miss World pageant in 1993. 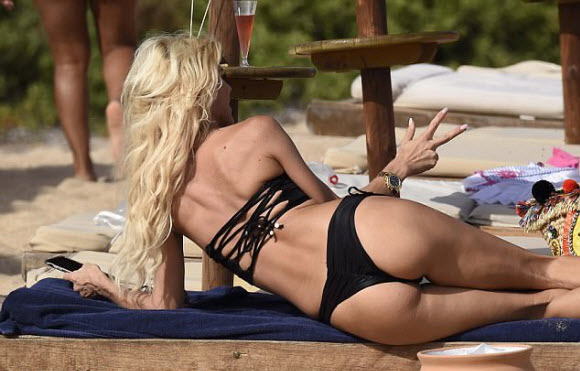 Since her career rocketed, she has modeled for some of the world’s most prestigious fashion houses, including Chanel, Dior and Valentino.

However, whilst she may have appeared to be living a glamorous life, she revealed that in reality there was a dark side to her modelling career.

Speaking to Female First, she said: ‘I started very young to model in Paris when I was 18. 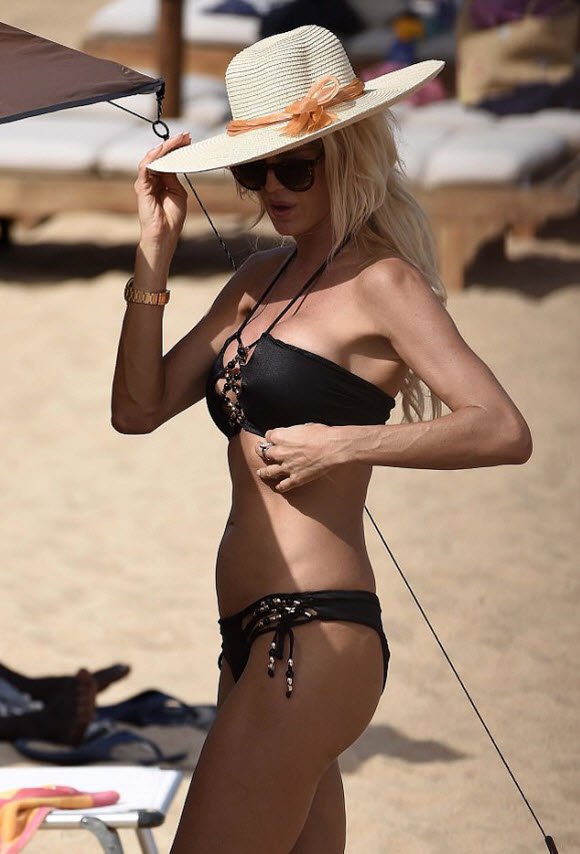 ‘I remember like starving myself to fit into the clothes and it was an amazing experience but you know I did shows for Valentino, Chanel, so it was really prestigious.

‘But it never felt like it was my thing, I’m not like a runway skinny model, I’m more curvy. It was torture, I put myself through starvation, you know torturing myself.’