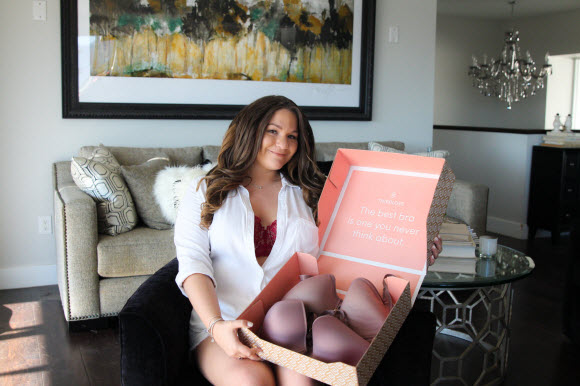 The announcement caps off a period of fast growth for ThirdLove. It hired 100 employees over the past 18 months, bringing its staff to 120 people, said Heidi Zak, cofounder and chief executive officer of ThirdLove. One of the most recent hires is Clare Karunawardhane, ThirdLove’s director of design. She joined the company in April.

This is the latest chapter in the company story, which started in 2013, when Zak brainstormed about making a better bra after a career in marketing at Google Inc. and Aeropostale.

After a lifetime of being dissatisfied with bra fits, Zak organized focus groups that found that 40 percent of women cannot find good-fitting bras. Zak thought that bra manufacturers needed to make in-between sizes for bras, something akin to how shoemakers make half sizes for shoes.

With veteran lingerie designer Ra’el Cohen, now ThirdLove’s head of design, Zak developed bras with soft materials such as microfiber and cups that feature lightweight memory foam. To help women find the best fit, the home sizing program FitFinder was developed. The 2.0 version of FitFinder features a more personal, conversation approach to finding the right bra size. Zak hopes that it would be like shopping with a best friend.

With this program, the user selects questions from a number of predetermined options. It’s a tech-era answer to a lingerie salesperson. For example, a question about slipping bra straps might yield a suggestion to try a bra with a U-shaped back.

Next up for ThirdLove, the company is scheduled to introduce maternity bras later this summer. In the future, Zak plans to add swim and sleepwear categories.