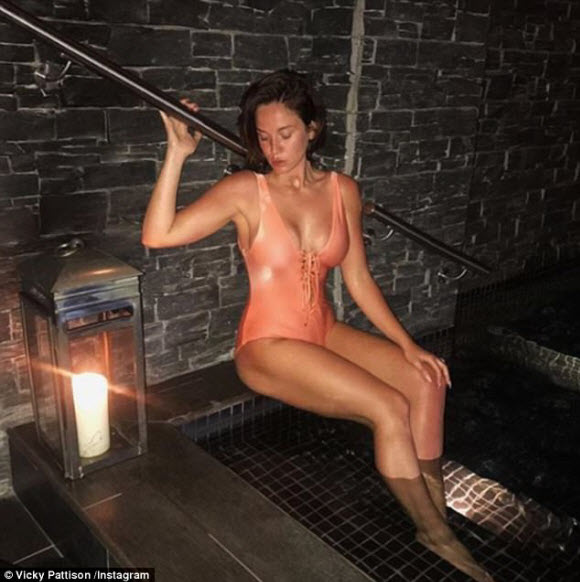 Vicky Pattison never one to shy away from showing off her body figure in a series of scanty ensembles.

And despite heading overseas to embark on days of detoxing, Vicky Pattison still made sure to treat her followers to a series of very sexy snaps as she posed in a number of plunging swimsuits.

Showcasing her VERY ample bust, the reality star, 29, sizzled while indulging in a spa night in Portugal, clad in a perilously low-cut coral one-piece.

Vicky has whisked herself off to Jason Vale’s Juice Master retreat in a bid to get herself back on track when it comes to her usual diet and training regime, as well as a steal a few precious moments of relaxation.

The brunette bombshell has been keeping fans updated when it comes to her stay, sharing a slew of snaps to Instagram of her reclining by the pool in the desirable temperatures and embarking on sweaty hikes through the hilly terrain.

But as well as detoxing and working out, Vicky has been proudly showcasing her svelte frame in an array of stunning poolside looks.

Enjoying a spa night recently at the retreat, Vicky chose to don a sultry coral swimsuit that boasted racy tie-up detailing across the chest. 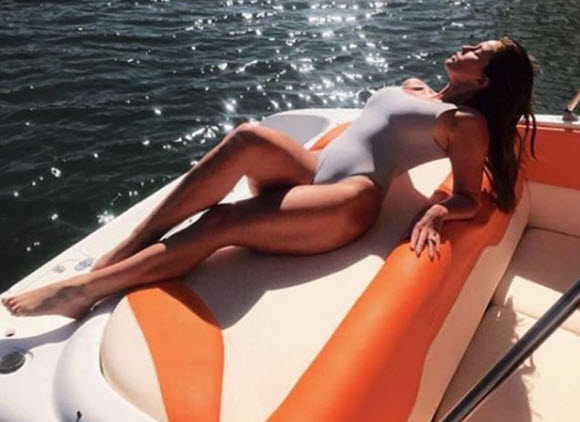 It’s low-cut neckline was sure to set pulses racing, as it teased a look at the former I’m A Celebrity winner’s plentiful cleavage, and its high-rise cut at either side ensured her incredibly toned pins were left on full display.

Drawing attention to her natural beauty, Vicky chose to step out make-up free while taking to the spa pools and found herself inundated with compliments alongside her post. 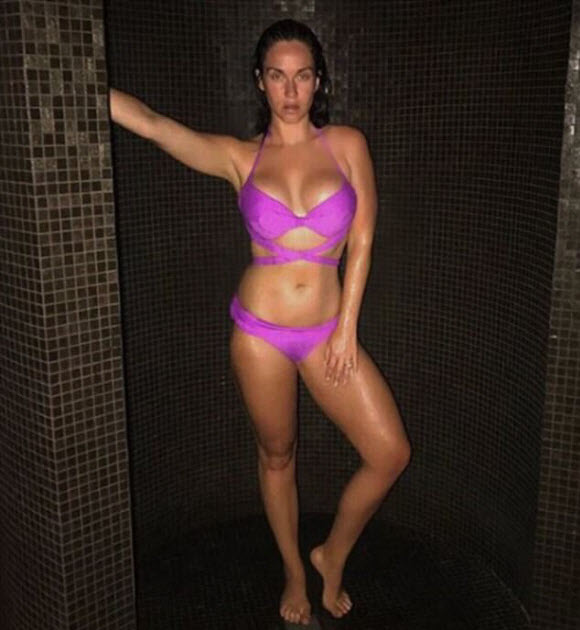 In another snap, the former Geordie Shore star showcased her killer abs as she slipped into a daringly cut fuchsia pink bikini that’s top perfectly framed her assets and drew attention to her gym-honed physique.

Sporting matching bottoms, Vicky cut a sultry pose as she smouldered down the camera. She joked alongside the photo: ‘I take my showers very seriously…’ 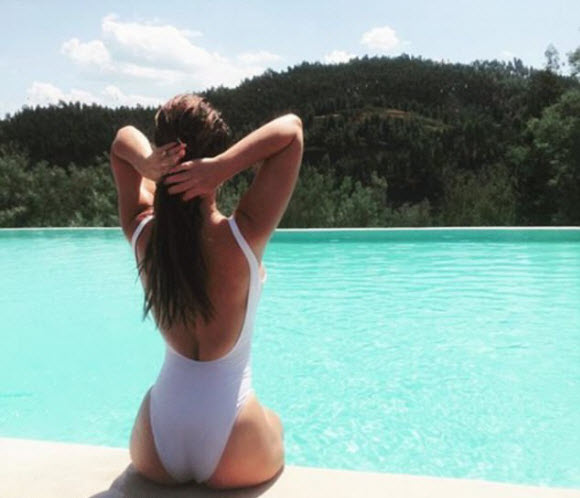 Once again she appeared fresh-faced and her wet brunette tresses were slicked back from her face.

A third snap from Vicky proved that her health holiday hasn’t been all work and no play, as she provocatively struck up a pose while reclining on a boat.

Soaking up the sunshine as she set about topping up her tan, Vicky donned yet another stylish swimsuit, with her grey number sheathing her lithe figure.

She credited the retreat for being the only place she can ‘really relax’, as she told her 3.7million followers she was coming to the end of her stay.

Vicky penned: ‘Boats and ho’s… Well that’s all folks.. Another INCREDIBLE week spent out in Portugal and I have to say it gets better everytime I visit! Huge THANKYOU to all the gorgeous staff who made it amazing, my beautiful @raywooldrige for being a total gem even when I was hungry and sassy!!

‘And last but by no means least to the man himself, @jasonvalefor your generosity and positivity!! And for creating the only place in the world that I truly relax! I love you!!’

Vicky had been flying solo for the retreat and was without her fiancé John Noble – who she recently enjoyed a romantic break away with in Marbella.

She and John had announced their engagement two months ago, after the tailor popped the question at his country home outside of Newcastle.

His proposal came after six months of loved-up displays both in public and on social media, with Vicky recently gushing about the pair’s ‘brilliant sex life’.

She and John had first dated ten years ago in their early twenties, but rekindled their romance late last year when they were spotted together in the X Factor audience. He had also flown out to support Vicky during her presenting stint on I’m A Celebrity: Extra Camp.

However, Vicky has admitted that she was left stunned by John’s proposal, as she had been convinced he had wanted to break up with her.

The Virtually Famous panelist confessed that John getting down on one knee had ‘knocked her for six’, as she explained in the lead up to him popping the question they had struggled to see each other.

‘We just couldn’t make it work and we couldn’t see each other,’ Vicky admitted. ‘It was making me feel insecure.

John then presented Vicky with a 3.6-carat marquise-cut diamond ring and speaking exclusively to MailOnline: ‘I’m so happy personally and professionally – there’s a level of equilibrium in my life that I’ve never experienced before. He is so lovely, I’m very fortunate.

‘I’ve been out with boys and John’s a man – he is supportive, strong and secure and proud of us, just as I am. 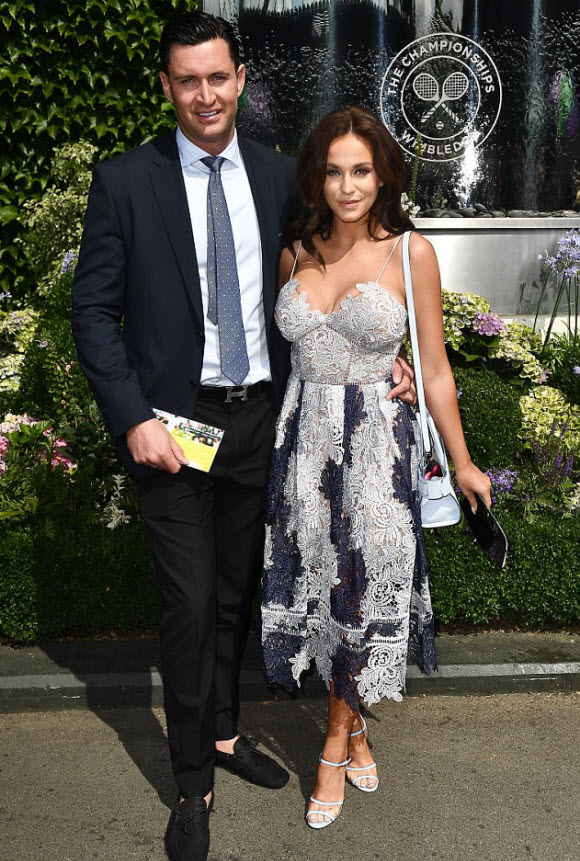 ‘I’m very certain he’s the one for me. I treat him with the same respect he treats me with. We know we’re onto a good thing here!’

He had proposed to her during series two of the reality show, filmed in Cancun, but the pair finally called off their tumultuous relationship for good in 2013.