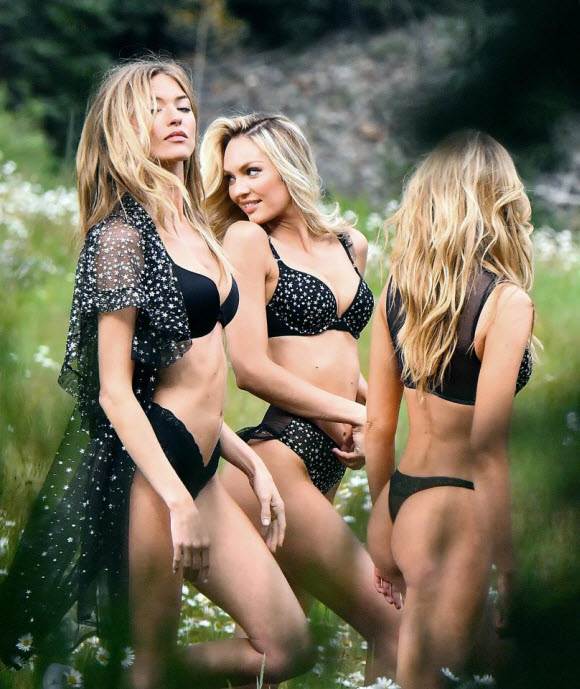 Victoria’s Secret’s upcoming catalogue looks set to be a scorcher if these latest pictures from their shoot are anything to go by.

After transforming into saucy cowgirls earlier in the week, Stella Maxwell, Candice Swanepoel, and Martha Hunt have now been seen in some incredibly sexy black lingerie sets as they continue shooting. 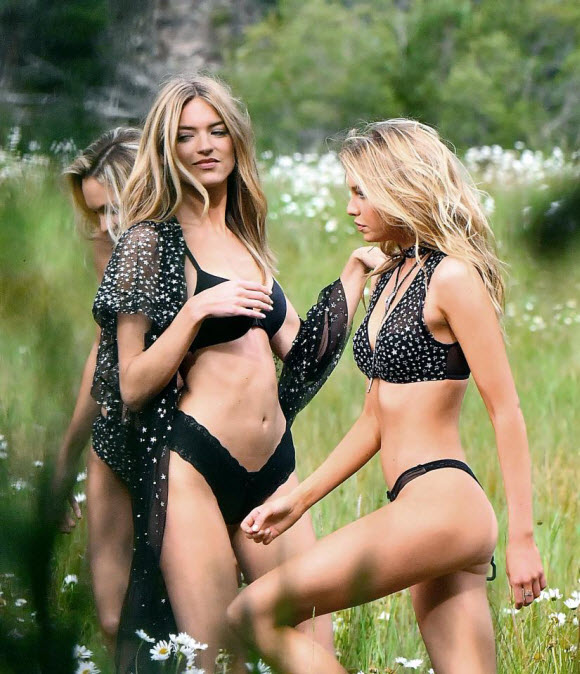 Filming in the stunning rolling hills of Aspen, the blonde beauties brought some serious glamour as they frolicked in the fields.

Stella – who is thought to be dating Kristen Stewart – showed off her amazing figure in a plain black bra and high wasted pants. 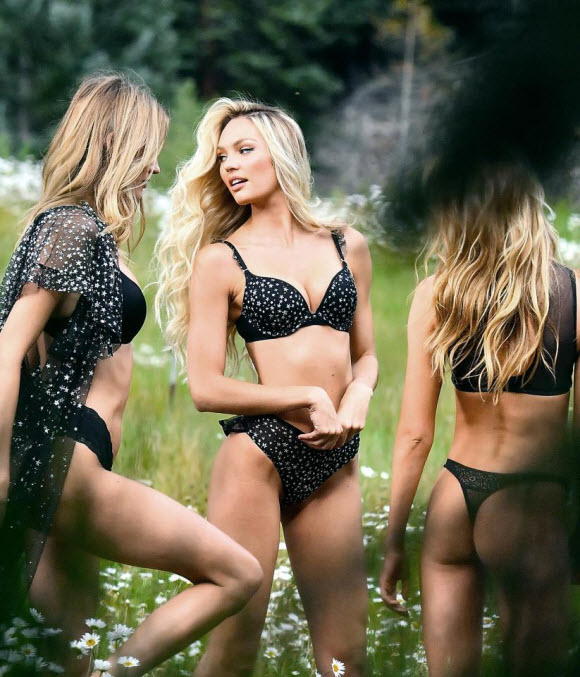 Over the top she wore a shimmering black sheer gown with a star print that fluttered behind her as she strolled about the flowers blossoming around her. 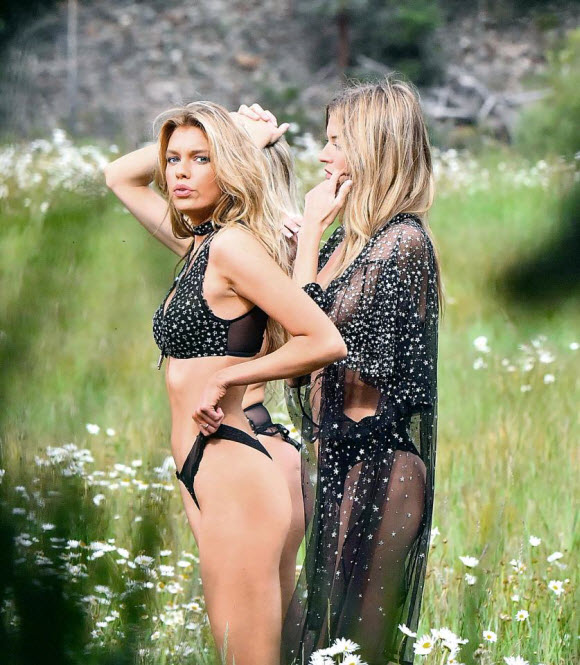 And Martha showed off her pert bum in a thong and a crop top style bra top that again featured the star print.

Fellow model Josephine Skriver was also near by shooting, wearing an equally sexy underwear set with a pair of cowboy boots as she posed by a stream. 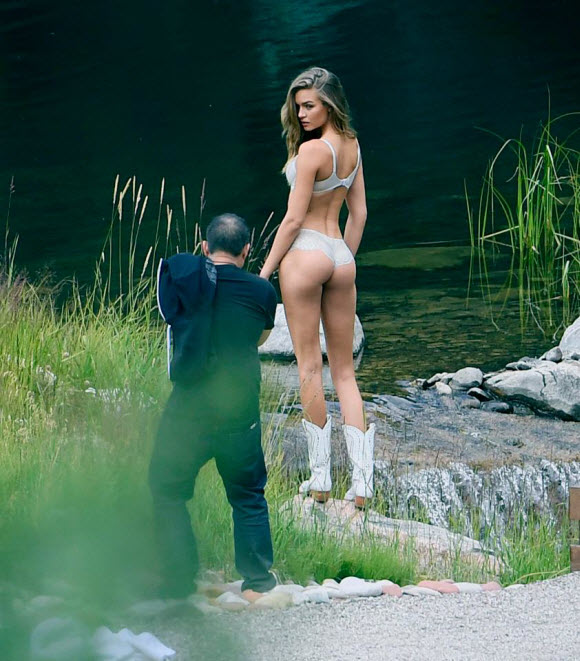 The girls, who were also joined by Taylor Hill, Sara Sampio, Adriana Lima and Alessandra Ambrosio, have clearly all had a ball on their rural shoot as they have all shared numbers pictures from their themed shoots.

Meanwhile, Martha, 28, recently opened up about the type of underwear she likes to wear, telling Us Weekly: “My favourite type of lingerie for day-to-day is the demi bra.

“It’s the perfect bra because it gives you subtle shape and it’s very comfortable and it disappears under clothes. If you want to show it off, you can add a little lace too.

– Lais Ribeiro Show Off Her Cleavage While Squeezing Her Puppies