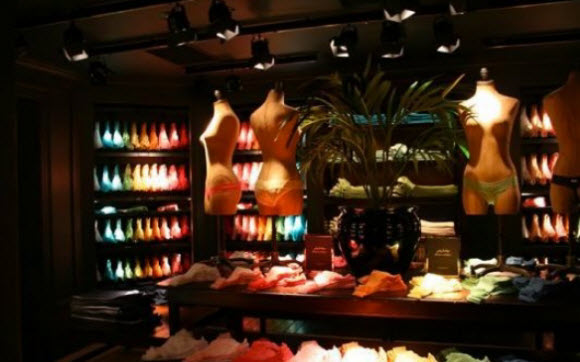 Abercrombie & Fitch Company  is bringing back its discontinued Gilly Hicks Brand of intimate apparel as it sees renewed opportunity in this segment.

The company had closed down 30 Gilly Hicks stores way back in Nov 2013 and absorbed its merchandise into Hollister stores.

The newly redefined Gilly Hicks intimates brand, relaunched at the Hollister stores, offers everything including bras, bralettes, undies, swimwear, loungewear and sleepwear. Effective Jan 27, 2017, the Gilly Hicks offerings will be available at the company’s 412 Hollister stores in the U.S. as well as online.

The Gilly Hicks will be relaunched amid various events to be held at the Hollister stores across the U.S. A notable event at the Hollister SoHo store in New York will extend for the next two weeks, where customers will be served coffee and cookies along with sales promotions. Additionally, five other U.S. stores will open shop-in-shops for living the renewed Gilly Hicks experience. These stores include the stores in Annapolis Mall, MD; Castleton Square, IN; The Shops at Montebello, CA; Vintage Faire Mall, CA; and Woodland Hills Mall, OK.

Another breathtaking event will include the “Galentine’s Day” party at all U.S. Hollister stores on Feb 4 offering special discounts and gifts to shoppers. This event comes right in time to intensify the Valentine’s Day magic.

With this launch, Abercrombie & Fitch looks to challenge the leading position of intimates brand giant Victoria’s Secret. The company expects the newly launched bralettes product to go well with youngsters and compete with Victoria’s Secret’s Pink brand, which is one of the star performers in L Brands Inc. portfolio. Gilly Hicks Swimwear offering also provides Abercrombie an edge over Victoria’s Secret, which pulled out of this product line last year indentifying it as a non-core item.