Adore Me expands into active wear, playing up plus-size in ad campaign 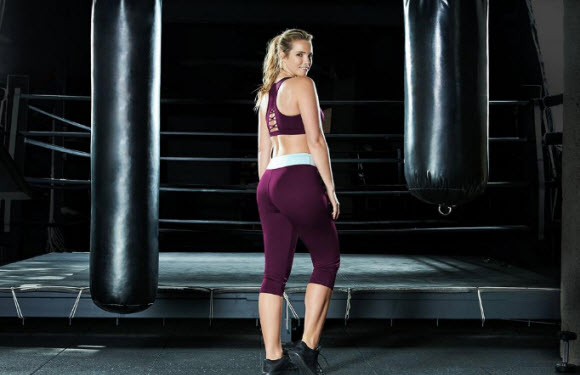 Adore Me, the fast-growing e-commerce company that has been taking aim at Victoria’s Secret, is now shifting into a new vertical that its brick-and-mortar rival is also in: active wear.

The Manhattan-based company hired a former Victoria’s Secret designer when it began five years ago, selling just lingerie on an online subscription model aimed at millennials. Now, it is in a bunch of new verticals. It currently offers sleepwear, swimwear, and is getting into activewear offerings, with sports bras and leggings among the offerings launching Saturday.

Adore Me’s head of Sharon Klapka, vice president of business and brand development, says the move is not because the company has seen any sort of decline in its core business, which are bras and panties that are sold as sets. On the contrary, revenues, which grew from $15.6 million in 2014 to $42.5 million last year are still growing at an “incredibly fast,” rate for 2016, Klapka says. The company also began selling merchandise via five Nordstrom stores in June, a test that may expand.

With activewear, it is moving into a crowded space and a burgeoning retail category that has been a breakout hit amid an otherwise sluggish women’s apparel market. NPD Group projects it will reach $180 billion in 2019, but Klapka says their key differentiator is sizing.

“What’s different with Adore Me is that it was very important to us to keep up our core value of inclusivity,” Klapka says, adding that they’ll be offering sizes ranging from extra small to 4X large. “For me personally, I’m a size 12 woman, and there are a lot of fashionable designs for activewear and I can’t buy them and I can’t shop them, because they go up to size large.”