#AerieREAL Proves That Body-Positive Ads Can, In Fact, Spike Sales 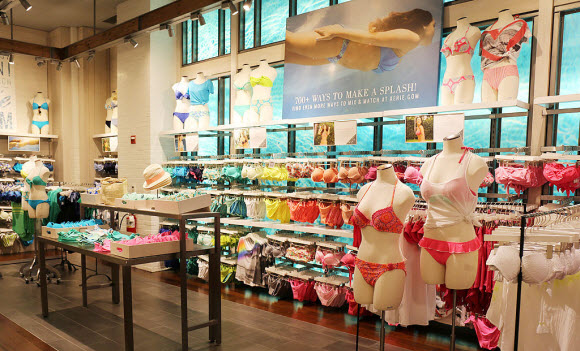 Can body-positive branding be good for the bottom line? Based on American Eagle-owned Aerie and its unretouched #AerieREAL campaign, it certainly looks like it.

Lots of retailers struggled through 2015 (especially the holiday season), but the stats for American Eagle Outfitters, and particularly Aerie, were quite strong: According to its latest report, the lingerie brand’s 2015 sales were up 20%; in Q4 of last year, they rose 26%. And the label’s body-positive campaign apparently played a major role in that success.

“Our customers have been responding positively to our brand message since we launched the #AerieREAL campaign,” Jen Foyle, Aerie’s global brand president, told Refinery29. The company, in turn, has “seen sales and earnings rising rapidly.”

Aerie first introduced its Photoshop-free campaign in 2014. At the time, it was refreshing and markedly different amid a retail landscape in which airbrushing is the norm. In addition to sparking conversation, its parent company saw the rewards (and potential) in this initiative from the get-go: Comparable sales went up 9% for the lingerie brand in Q2 of that year,Business Insider reported. Third and fourth quarter results from 2014 also saw growth.

In the two-plus years since, the campaign has evolved beyond a seasonal set of photographs featuring Photoshop-free bodies. It introduced a new fit guide where shoppers can see how a particular bra style on models with various body type. (As far as sizing goes, Aerie bras typically only go up to a DDD cup — so there’s still room for improvement on that front.)

Aerie also tapped Emma Roberts to front its campaign (sans retouching, of course) andinvited its customers to share their #AerieReal stories. It named Iskra Lawrence its official #AerieReal Role Model and partnered with the National Eating Disorder Association (for which Lawrence is an ambassador). The scope of the campaign has also expanded beyond lingerie to encompass swim. (Its latest swimwear ad spot featured curve model Barbie Ferreira.) And its reach is larger than ever: Foyle said the #AerieReal campaign reached 4 billion media impressions in 2015, according to BuzzFeed.

#AerieReal and the conversation it sparked haven’t been devoid of criticism over the years. These types of campaigns are a step in the right direction — but in the end, they’re just that: a step, not a definitive solution to the greater issues we still grapple with every day in the industry. Now, with the numbers to back up the fact that portraying more relatable individuals and images does indeed move currency (and with the Photoshop conversation still as relevant as ever), more brands should follow suit.