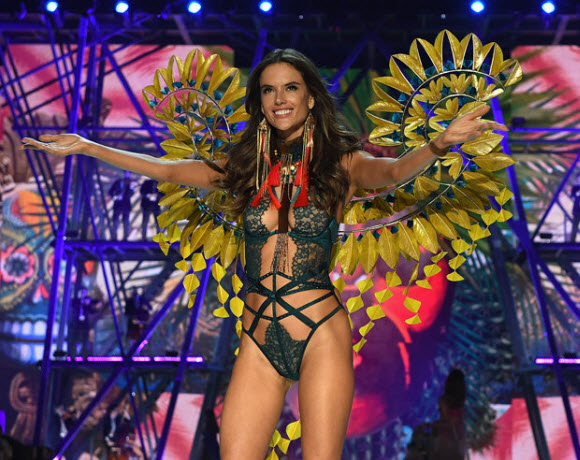 The Victoria’s Secret Angel is used to strutting her stuff on the runway in skimpy underwear and oversized wings, but things didn’t go so well for her when she donned slightly more clothing. 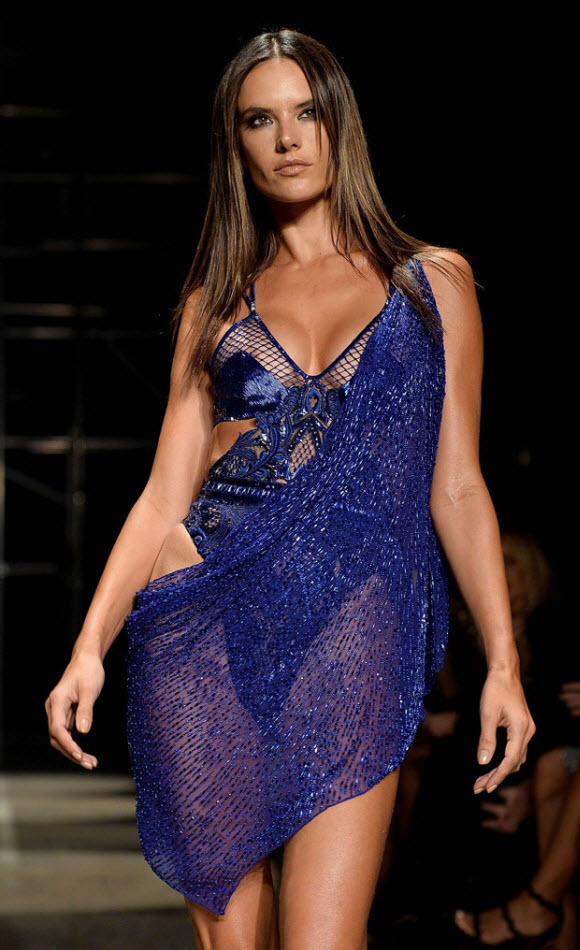 Flaunting her assets in front of the UK crowd, the Brazilian beauty left little to the imagination in the revealing mesh design.

Daring to bare south of her cleavage, the brunette bombshell paraded her toned legs in a high-cut bodysuit.

Despite leaving herself open to a camel toe wardrobe malfunction, Alessandra managed to avoid the dreaded fashion faux pas as she sauntered down the catwalk. 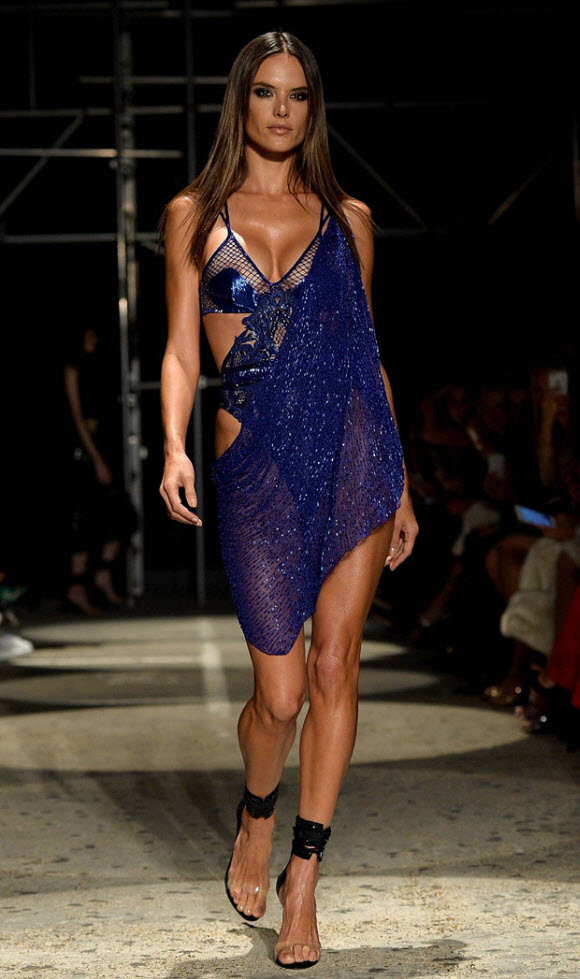 However, she soon fell victim to a different style-related blunder when her minuscule dress slipped down and exposed a hint of her right nipple.

Seemingly unaware of the gaffe, the mum-of-two remained composed as she finished her turn in front of the crowd.

Clearly proud of her appearance at the star-studded event, Alessandra took to Instagram and shared a picture of herself walking in the show. 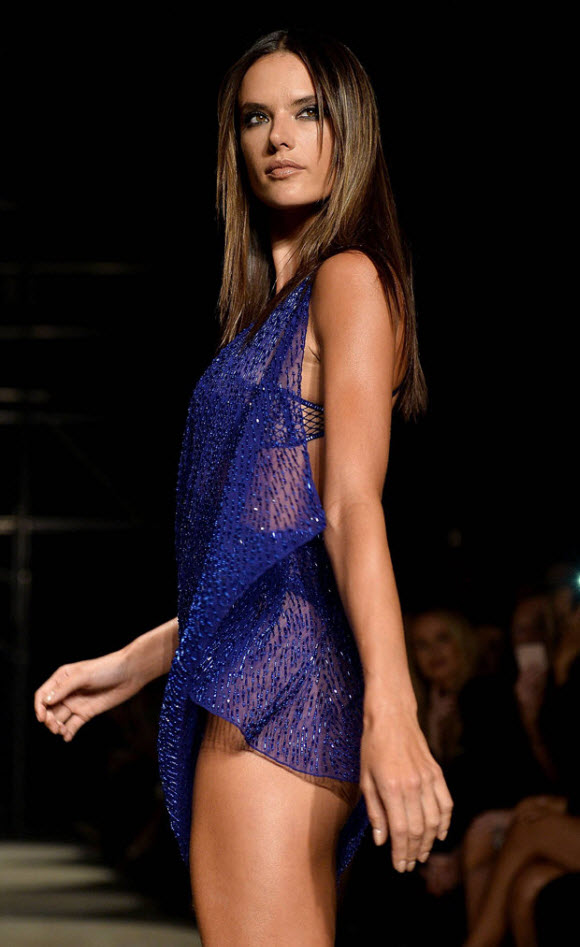 Captioning the moment for her 8.6 million followers, she wrote: “Amazing night — amazing dress. Thank you to Julian MacDonald for the great celebration of fashion.”

Proving to be a hit among her loyal fans, one admirer said of the post: “She’s slaying again!” alongside several fire symbols.

Another noted: “You made London beautiful.”

In agreement, one happy viewer remarked: “Can’t keep my eyes off you,” followed by a star emoji.