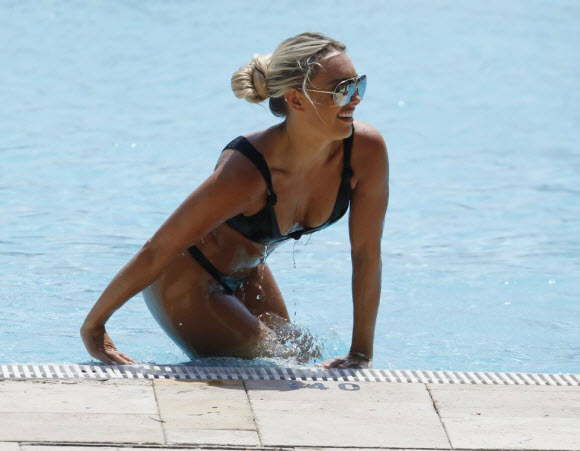 Blonde Towie star Amber Turner says bye to awkward bikini tan lines by spending her time by the pool in a black thong and bikini top.

Bronzed beauty larks about by the pool in barely-there black two-piece during break from filming for new Towie series.

Amber dared to bear a great deal of bottom and groin during her sun-bathing session before cooling off in the pool with a pal. 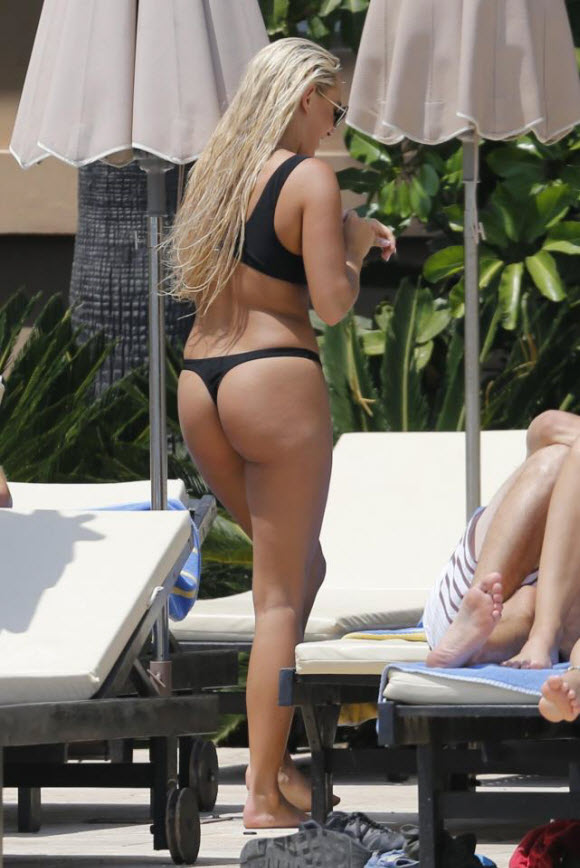 Jamie Reed’s ex looked hot as hell in the bikini as she showed off her toned and expertly tanned body.

Pairing her swimwear with reflective Aviator sunglasses, the gorgeous 24-year-old couldn’t resist getting her hair wet in the pool as her friend larked about taking pictures nearby. 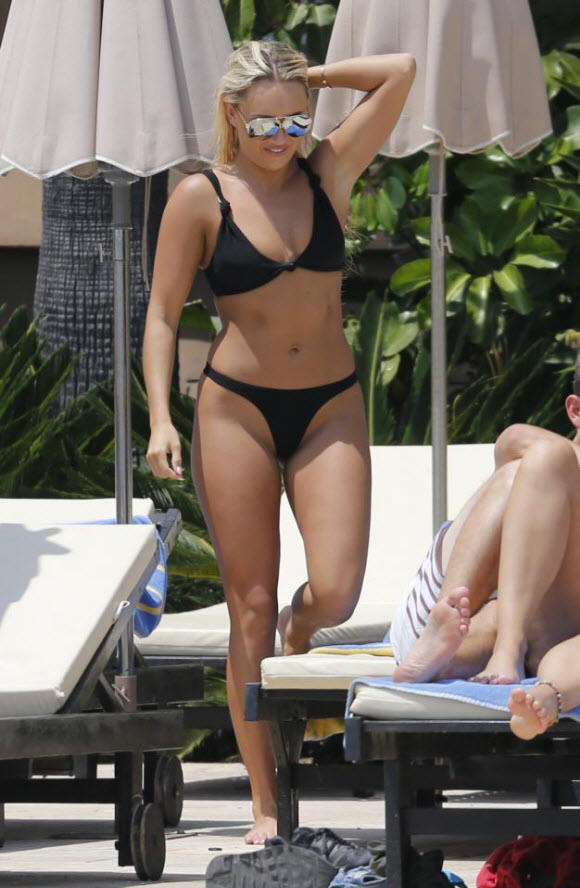 The telly star looked to be enjoying her break from filming Towie series 21, where she’s been seen heading out for dinner with Arg, Pete Wicks and Megan McKenna.

Whether the drama from the last series – involving Amber, Jamie and Dan Edgar – will resurface in Marbs remains to be seen.

Amber was seen rowing constantly with club owner Jamie, who she’d been dating for four years, after it was revealed she had enjoyed a fling with Dan behind his back while they were filming abroad. 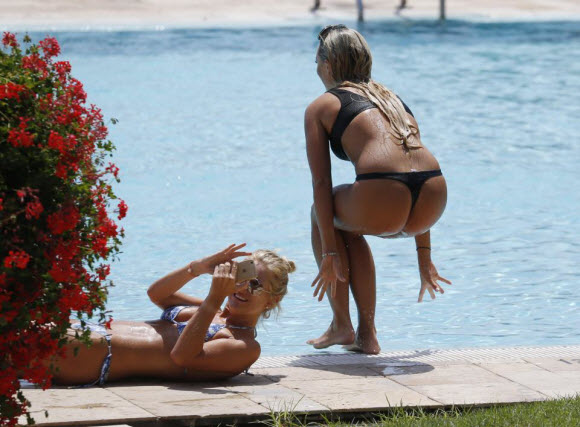 But since then reports claim Amber has been calling Jamie, and that she had a run-in with his new girlfriend Jade Lewis when they bumped into each other on a cruise ship holiday.

Amber has also clashed with Jamie’s pal Mario Falcone recently after he called her “disgusting” for her treatment of Jamie.

As for her performance on Towie, Amber achieved Towie Number One Bitch status in series 20 after coming out with stinging put-downs for co-stars including her mate Chloe Meadows. 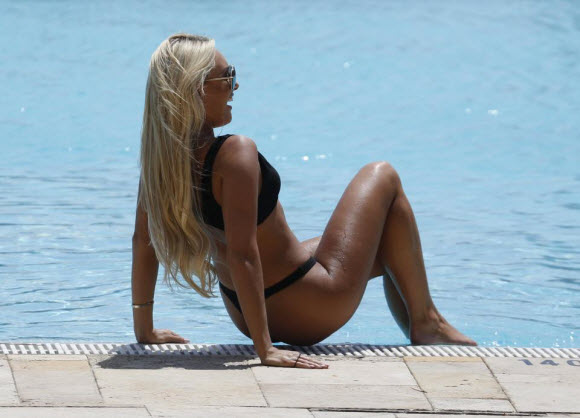 Amber is no longer with Dan Edgar, as they split after a few weeks, and may well be looking for another man during the Marbella episodes.

The other Amber involved in the new series of Towie, Amber Dowding, was rushed to hospital this week after catching a mystery bug during filming.

The new series of Towie will kick off in September.

Returning to the series after long breaks are Arg, Mike Hassini and Mario Falcone, and there are two brand new female stars joining the show.