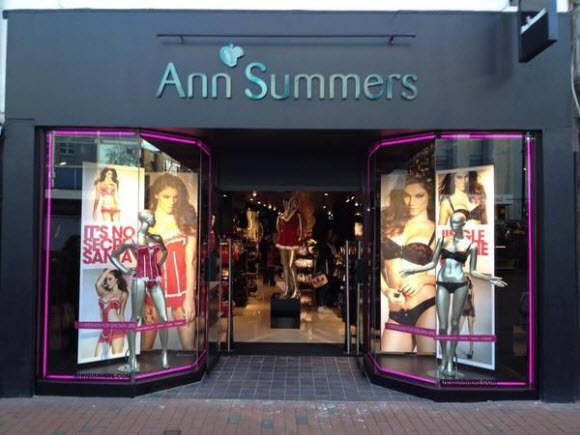 Almost 17 years after it opened for business on O’Connell Street to a mixed reception, the Ann Summers “pleasure emporium” is to open a new shop on the much-busier Henry Street.

The London-based company is expected to pay a rent of about € 375,000 to Irish Life for the former Pamela Scott store at No 3 Henry Street, which has been vacant for several weeks. The O’Connell Street premises is a few doors away from Clerys, which is expected to be redeveloped following its closure last June. Local traders have reported a further slowdown in pedestrian traffic on the street in recent weeks.

In spite of the slippage in business on O’Connell Street in recent years, Ann Summers dodged the worst of the retail downturn with customers choosing to spend more on their sex life amid the economic gloom. The Dublin shop is among the three best performing of the company’s 140 outlets as the sex shop chain repeatedly pushes to establish itself as a high-street mainstay.

One of Dublin’s top retail agents predicted that in its new location opposite the Ilac Centre, Ann Summers should be able to double its O’Connell Street turnover because of the heavy pedestrian traffic, much of it by young middle-income workers.

Sales of the group’s Rampant Rabbit sex toys, which came to prominence in TV shows such as Sex and the City, continue to be big sellers. The shop stocks toys, whips, handcuffs and ticklers as well as a wide range of lingerie.

A spokesperson for Ann Summers yesterday confirmed that the O’Connell Street store would continue to trade after the second store opens for business, probably before the end of March.

The current lease from the Aviva-owned block opposite the GPO has a little over two years to run.

The official opening of the new store on Henry Street promises to be more entertaining than the original launch in O’Connell Street. A week before that store opened, the UK company got a lots of negative publicity and was sent a bullet in the post. The text accompanying the bullet said: “If you set up a new shop on our main street, you’ll need very heavy security.”