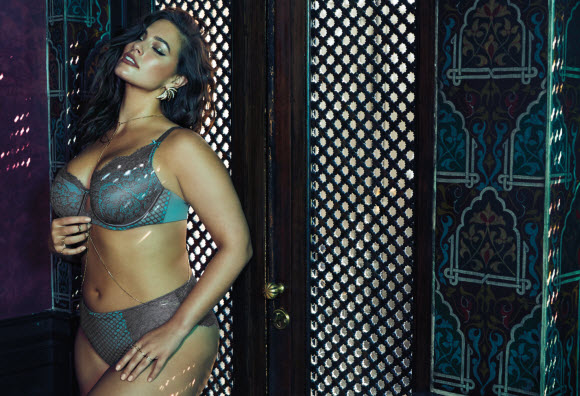 Ashley Graham has been on a tear this year, landing some of the top modeling gigs including a Sports Illustrated shoot and a Vogue cover.

And now the 29-year-old curvy beauty is posing in lingerie for Addition Elle, a Canadian clothing store chain that sells plus-size clothing.

On Wednesday images of the Nebraska native in pieces from the 2017 lingerie collection – called Rebel Beauty – were shared. The star was seen posing in what looked to be an ancient mansion. 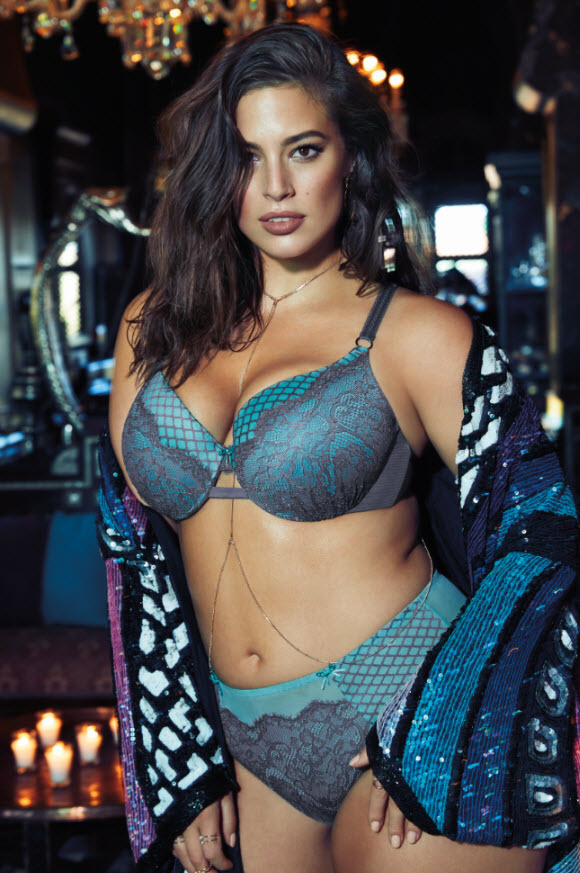 The photogenic star was seen in several different looks.

One was a turquoise set that flattered her every curve. There was purple lace over the bra and panties as well as some netted material for accents. 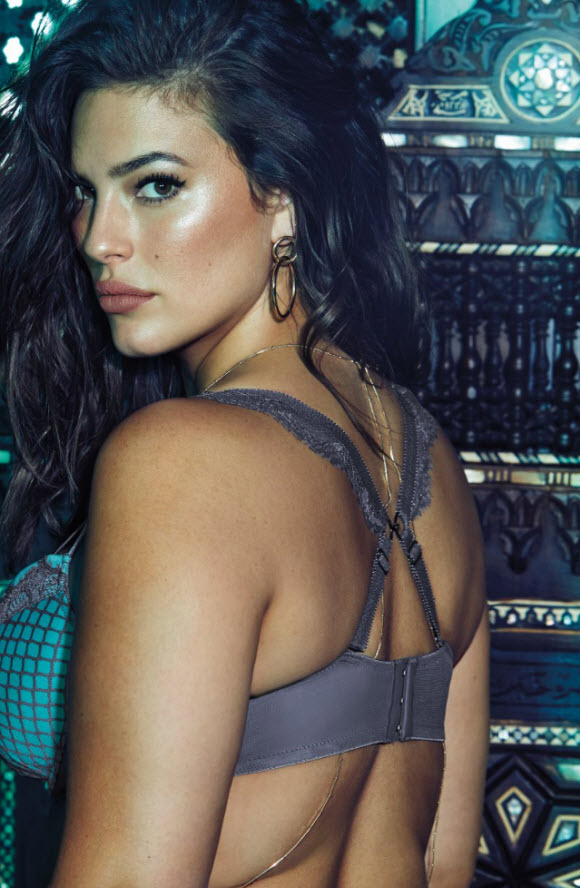 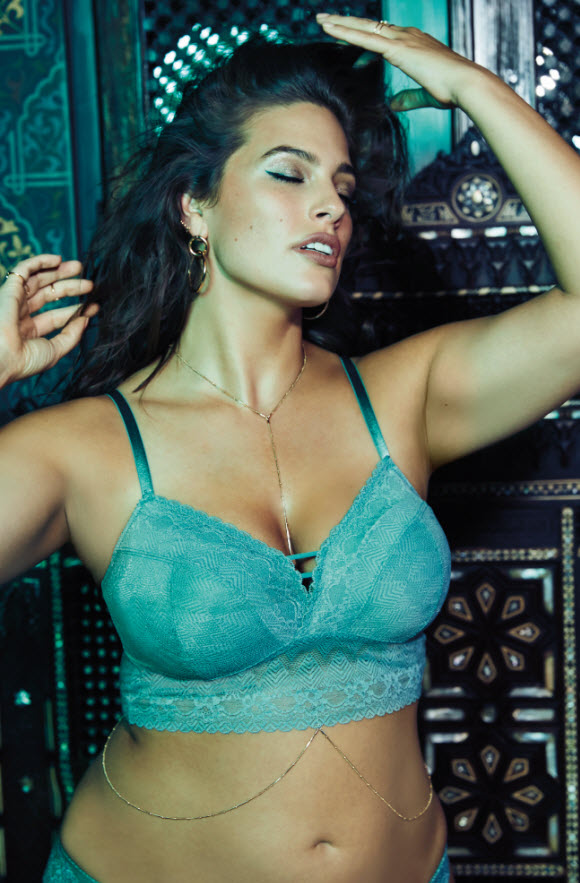 Graham was also seen in a turquoise lace bra top and matching undies.

And then there was a purple set that looked romantic.

Next came a baby doll nightie that was ultra feminine. The top was a bra in the same turquoise and purple pattern as she earlier and the skirt portion was a lavender hue. 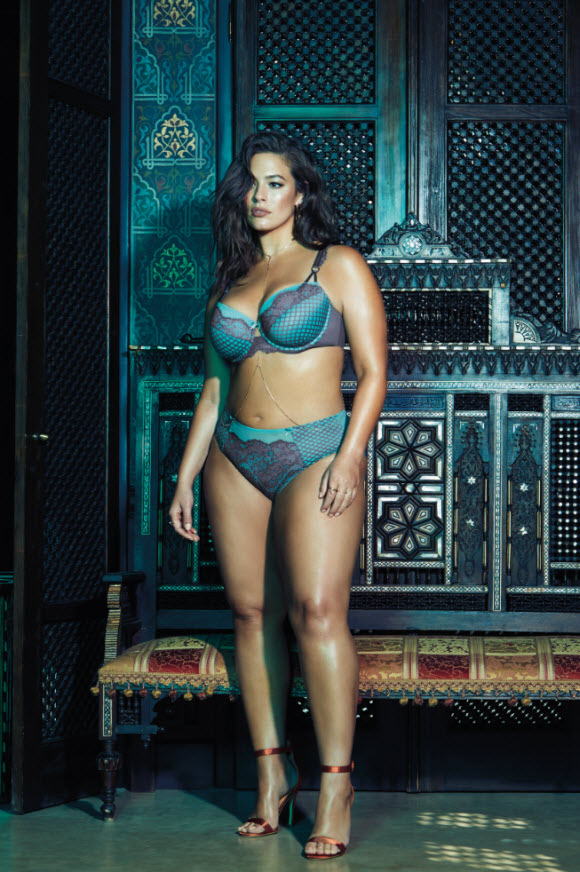 ‘Rebel Beauty has the same amazing support and comfortable fit as previous collections but this time around Ashley created some sultry new pieces that are sure to become a staple in every curvy girl’s wardrobe,’ it was stated in a press release.

‘Rebel Beauty embodies the fun and romance of summer,’ the ad copy states.

The collection will be available on April 4.

Ashley – who’s a prominent body activist – exercises at New York’s The Dogpound, but eats French fries on her cheat days.

‘I wake up sometimes and I think “I’m the fattest woman alive.”

‘But it’s really about how you handle it when you wake up. I look in the mirror and I have my affirmations. And mine are simple. 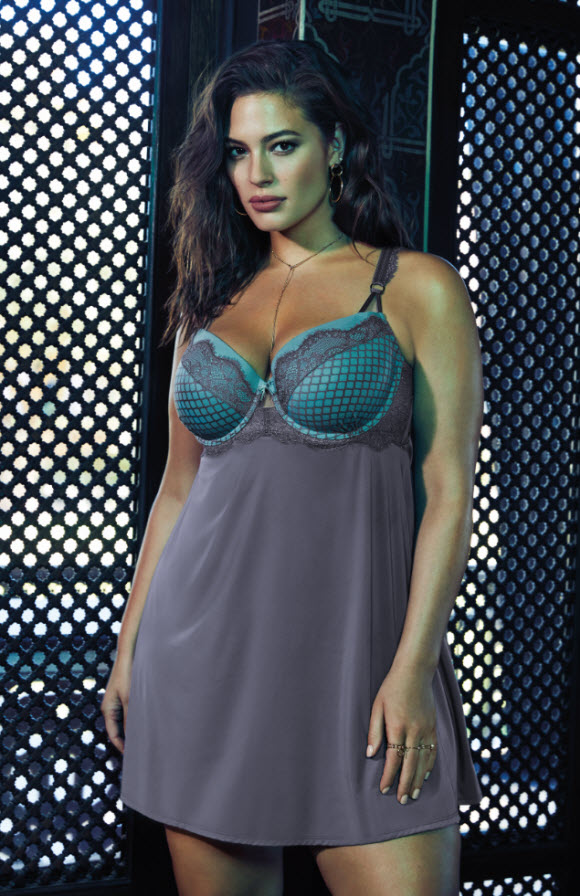 [I say] “You are bold. You are brilliant and you are beautiful.” And then if my lower pooch is really puffing out that day, I say: “Lower pooch you are cute.” And we have a moment. And if the hips are really popping I say, “I love you too hips.”‘

The Brooklyn-based brunette continued: ‘I think that my career has been a huge testament to how the industry is changing right before our eyes. I don’t think that a girl my size, as a model, would ever have been on the cover of Vogue and I’m still so shocked at that.’