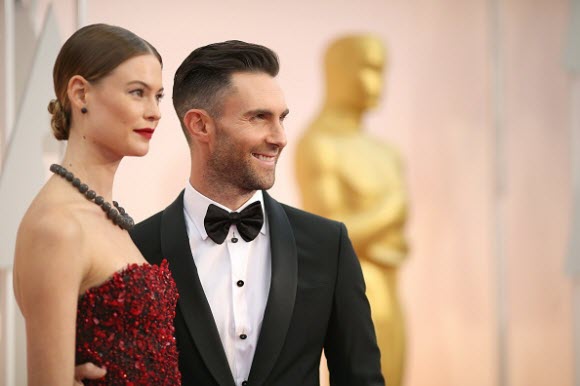 Adam Levine and Behati Prinsloo have been married for more than a year now but the hot couple has yet to produce children.

With the arrival of 2016, are they ready to make an effort to start a family?

Recent reports implied that the Maroon 5 vocalist and his supermodel wife have regrouped to LA from their respective travels to start their baby-making efforts.

OK! Magazine claimed that the couple has been “trying for awhile.” However, they seem to have a harder time in creating a little Adam Levine or a little Behati Prinsloo and it has pushed them to seek for professional.

“They’ve been seeing a fertility doctor,” the gossip magazine noted. They’re hoping that with some professional help, this will be the year.”

According to The Inquisitr, having kids already caused tension between them last year.

Celebrity Dirty Laundry reported that the sexy couple wanted totally different things when it came to having children.

The site referenced an article from OK! which talked about their difference in opinion about starting a family.

According to the article, the Victoria’s Secret angel was reportedly “ready to start a family” while the “Love Me The Same” singer was “pumping the brakes on the baby making.”

Their relationship had been bombarded with several cheating allegations and divorce rumors in 2015.

The “Lost Stars” singer denied the issues, however, calling all the gossip “stupid.”

In fact, they had been on their second honeymoon when their friends and family heard the news that their marriage was on the rocks.

“We don’t ever pay attention to those things,” Levine said during “Late Night With Seth Meyers.” “It’s funny timing because we were on our second honeymoon and I got this influx of texts like, ‘Are you guys okay? What’s going on?’ and people also listen to this stupid stuff that they write about.”

If Adam Levine and Behati Prinsloo get pregnant this year, will it stop the divorce rumors from coming?