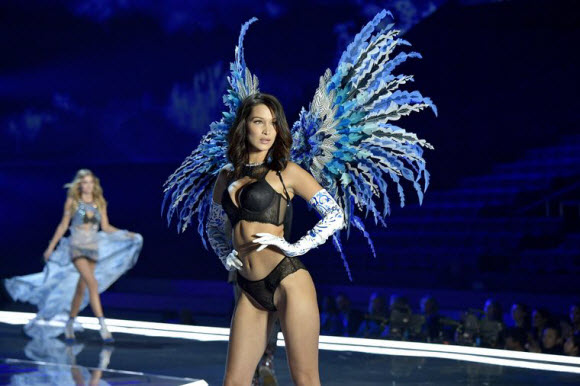 Supermodel Bella Hadid exposed even more than expected in one of her sexy looks at Victoria’s Secret catwalk .

Models stormed the catwalk in Shanghai last week but the lingerie extravanganza was officially aired in the US last night, with fans tuning into CBS to see the beauties flashing plenty of flesh in glamorous underwear sets.

The 21-year-old supermodel stole the show in a shimmering bralette and matching briefs, accessorised with blingy diamond jewels and a Greek goddess-style bronze tiara. 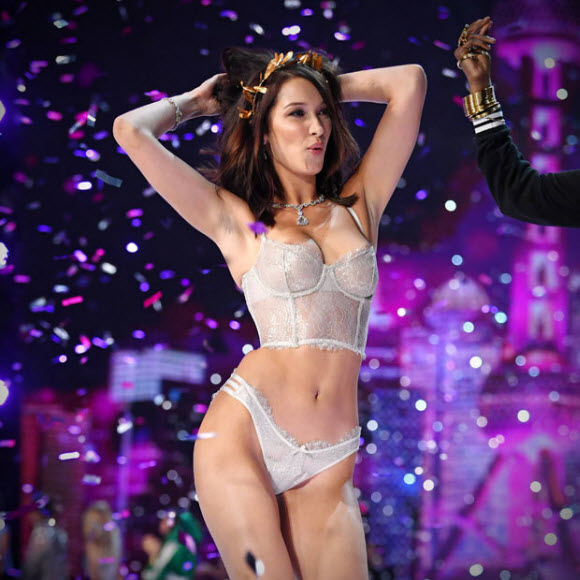 Grooving on the catwalk, Bella threw her hands in the air and showed off her toned tum and endless legs.

Although she risked a full-blown nip-slip as her cleavage nearly spilled out from the bustier.

Beforehand the stunners were spotted glamming up ahead of the big show. 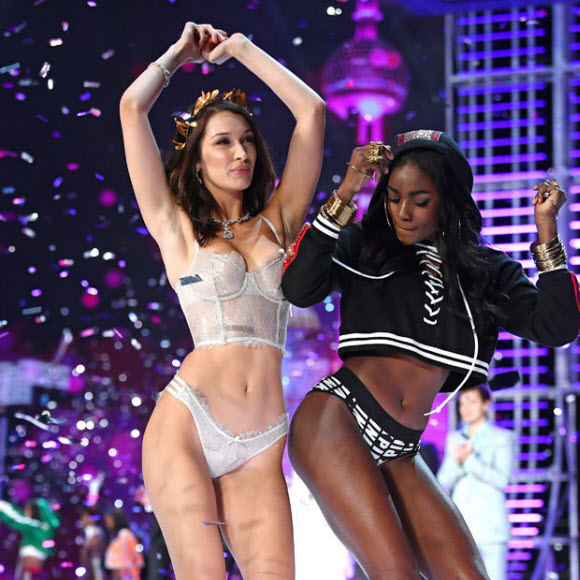 Notably absent was Bella’s sister Gigi Hadid who shocked fans by dropping out of the glitzy catwalk show with just days to spare.

Meanwhile other reports suggest that pop star Katy Perry was also supposed to perform at this year’s show – but was denied a visa by Chinese authorities.