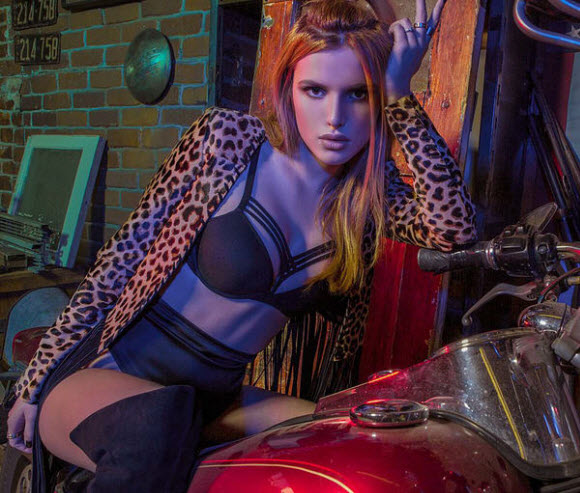 Bella Thorne left very little to the imagination when she recently posed in completely naked dress .

So it’s no surprise that the Bella Thorne Instagram account has been updated with yet another seriously raunchy snap.

In fact, Bella didn’t think a bra was necessary for her latest outfit and decided to free the nipple for all to see. 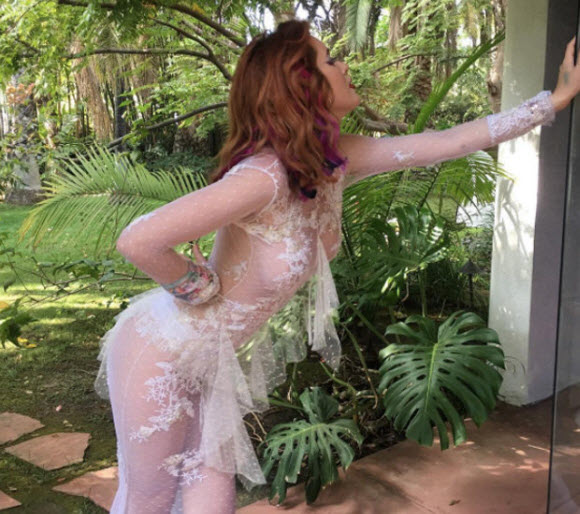 Bella’s bare boobs were completely visible as she posed for her army of devoted followers, looking out into the distance.

As per usual, her provocative outfit choice set the internet alight as the translucent white frock clung to her sensational figure.

Not wanting to be a one trick pony, Bella pushed out her pert peach while holding onto a glass door frame before sharing the picture with her 16.6 million followers. 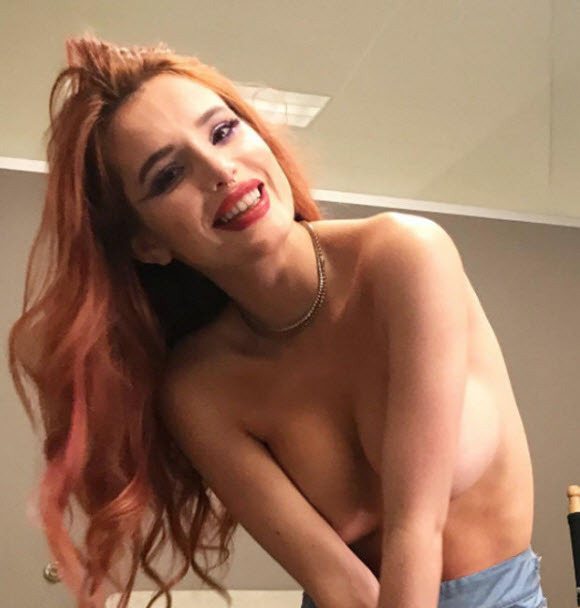 Perhaps former X Factor judge Cheryl might want to look away now, as it turns out her boyfriend Liam Payne has enlisted Bella’s help for his new music video.

The starlet has been filming scenes for Liam’s Bedroom Floor clip. 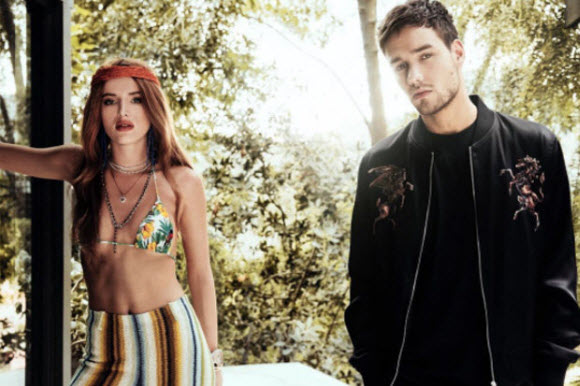 Former One Direction singer Liam released Strip That Down as his debut solo single, followed by Get Low – a collaboration with Zedd.

Now, Bella is set to star in steamy scenes with Liam, 24.

Naturally, it didn’t take long for Bella’s adoring followers to start gushing over her seductive post, with one besotted admirer replying: “You are an absolute angel.”

Another excitable fan wrote: “Is it me or is her nipple showing?” 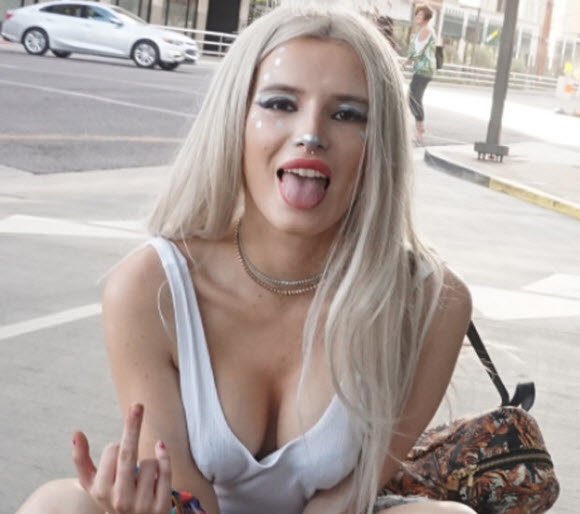 Flashing the flesh on a regular basis has become a favourite pastime of Bella’s.

Her social media has become an ode to her most outrageous outfits, and the 19-year-old shows no signs of slowing down.

Earlier this month bombshell Bella flashed her bra in a racy stream of videos, rocking barely there fluorescent t-shirt.