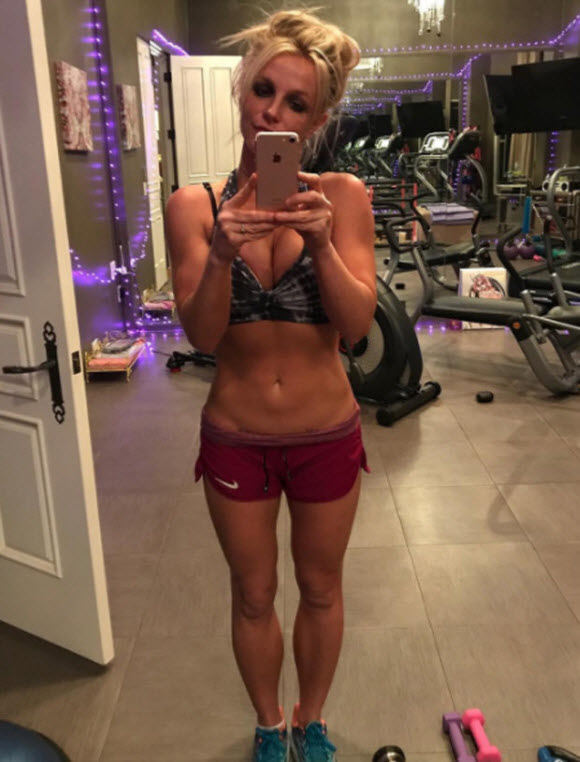 The US singer was famed for her washboard abs when she burst onto the music scene in the late 90s.

Pausing her workout for a mirror selfie in the gym, the fitness enthusiast rocked an impressive boob spill as her ample assets looked fit to burst out of her plunging top. 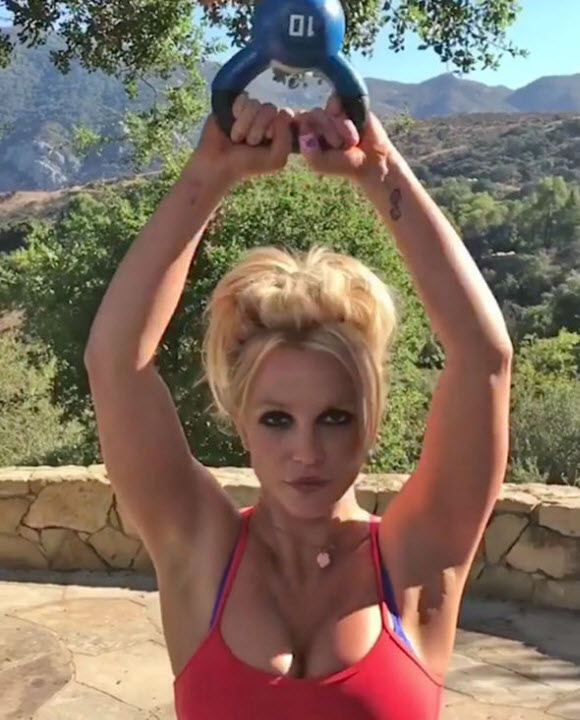 Serving maximum breast appeal, the blonde bombshell posed with her arms clenched against her upper body.

While the Work songstress’ cleavage no doubt commanded attention, her muscular stomach also proved to be a sight for sore eyes.

Letting her abs do the talking, the mum-of-two proudly showed off the results of her gruelling workouts.

Amping up the sex factor, the body confident babe rolled down her shorts to give viewers a glimpse at the tattoo on her knicker line. 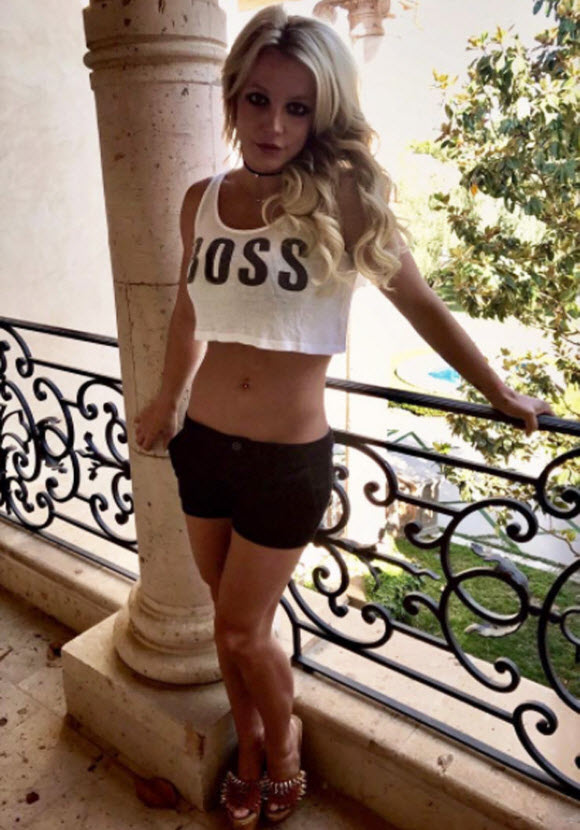 Despite her sporty attire, Britney added a touch of glamour to her look and rocked dramatic smoky eye make-up.

Setting the scene for her 17.3 million followers, she captioned the post: “Staying focused,” alongside a bikini emoji.

Reacting to the flesh-flashing update, one admirer gushed: “You look incredible! Keep up the good work.” 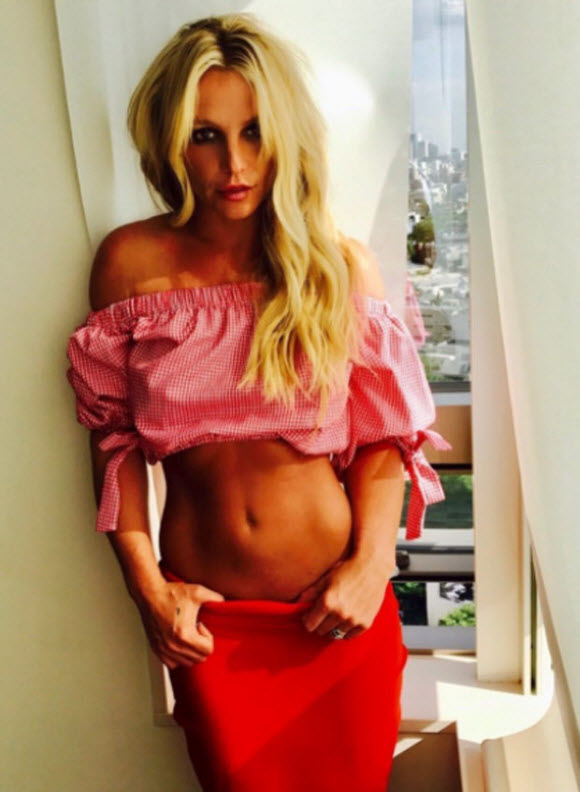 Making reference to the starlet’s youthful glow, an eagle-eyed follower noted: “Like good wine, getting better with time.”

Britney’s revealing snap comes days after she let rip at her critics during her Piece Of Me show at Planet Hollywood, Las Vegas.

Putting an end to the constant lip-synching accusations that have followed her for years, the pop icon sang a live rendition of Bonnie Raitt’s Something To Talk About.