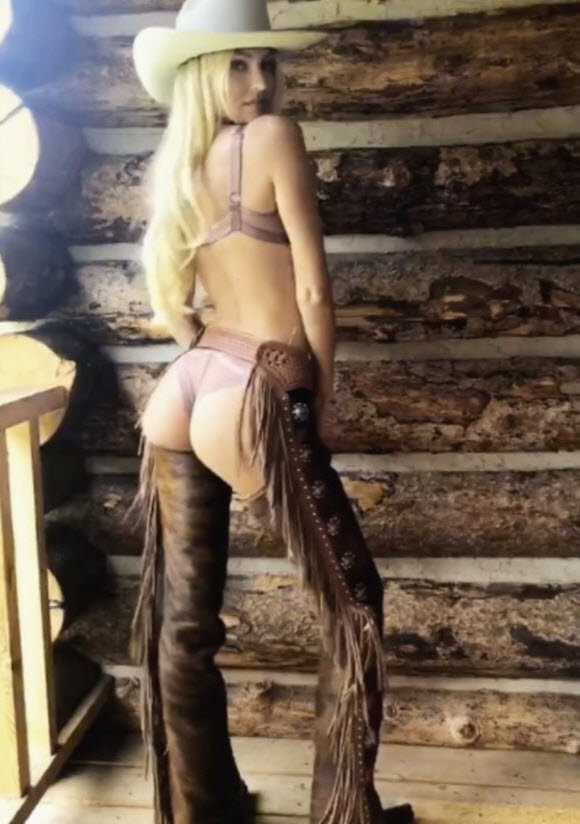 Victoria’s Secret angel Candice Sawnepoel joined to her angels in Aspen Colorado this weekend as they stripped off to shoot the campaign for the new Holiday range for 2017.

Shaking her peachy posterior for the camera, the model could be seen wearing nothing but a lace-trimmed thong and racy leather chaps.

With her platinum tresses cascading in loose curls down her back, she sent her 11.3 million followers into meltdown with the clip as they rushed to the comments section.

“Wow boom boom boom,” said one fan, while another gushed: “The most hypnotic video ever.”

She also gave social media users a look at the whole outfit, allowing them to take in the full effect of her eye-popping lingerie.

The bottom-less chaps accentuated Candice’s pert behind as she twirled around, shifting from one foot to the other and pushing her hips from side to side, accessorising with a Western-style hat in keeping with the naughty cowgirl attire.

She wasn’t the only Victoria’s Secret pin-up to flash the flesh on Instagram, however, as Elsa Hosk, 28, also gave her fans a sneak peek behind-the-scenes on the photo shoot. 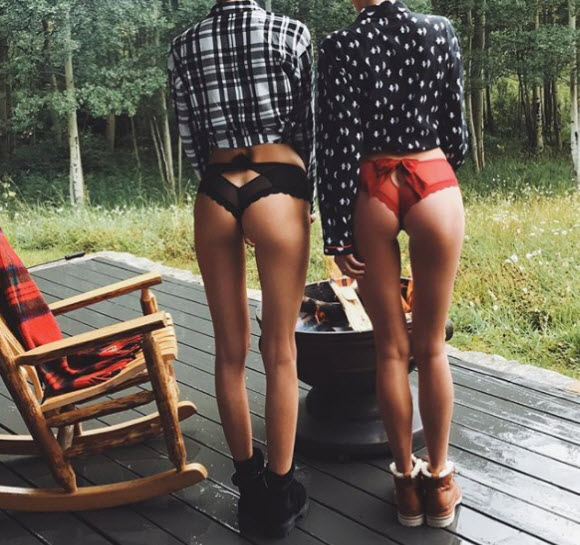 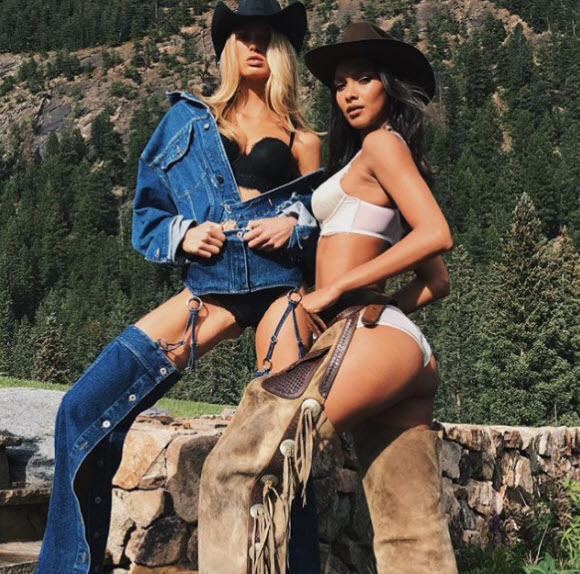 Later in the day, she also shared a cheeky snap with catwalk stunner Martha Hunt, 28, exposing their bottoms in matching knickers with saucy keyhole cut-outs as she stood in front of a fire pit.

Adding to the bevy of beauties who descended on Aspen for the shoot, Lais Ribeiro, 27, and Romee Strijd, 22, also flashed their phenomenal figures in a series of smoking hot social media snaps.