Cheeky girl! Shanina Shaik shows off her pert posterior in a skimpy bikini 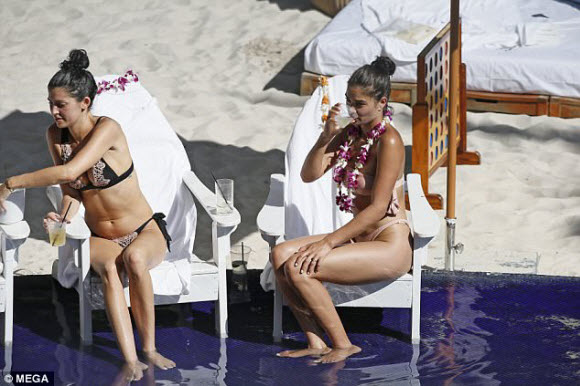 So it’s only natural that Shanina Shaik has an incredible figure – which she wasn’t afraid to show off during reality star Nicole Williams’ bachelorette party in Hawaii this week.

The 26-year-old flaunted her pert derrière in a VERY skimpy bikini as she frolicked on the sand with her scantily-clad girlfriends.

At one point, the gorgeous gaggle appeared to be arranging themselves for a glamorous group selfies and a few belfies. 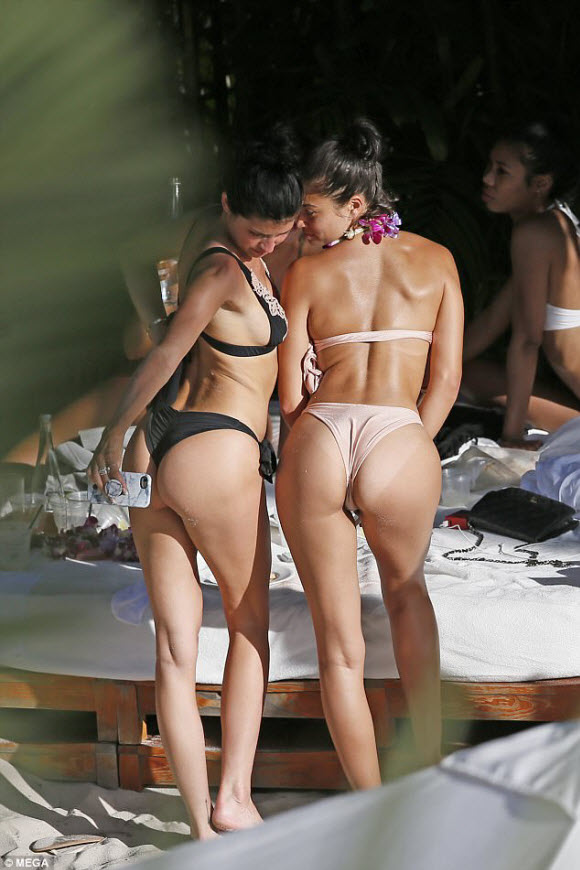 Fans are no doubt hoping that Nicole’s nuptials will be documented on the next season of her E! reality series.

The bachelorette party will no doubt be on Shanina’s mind as she continues to enjoy her ‘long engagement’ to fiance DJ Ruckus. 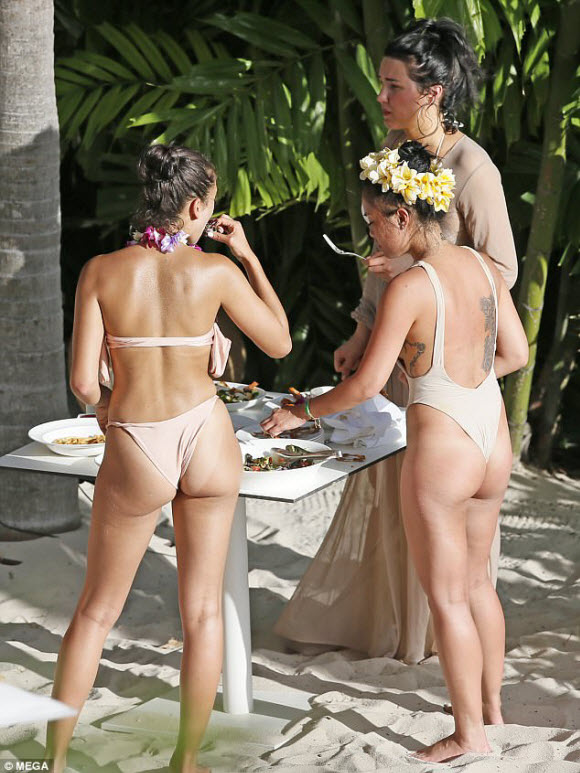 However, while the model is happy to take her time, she did admit on the Today show in January that she’s come closer to choosing the kind of wedding dress that she wants.

‘We’re doing it slowly, we have a long engagement which is quite nice,’ the Victoria’s Secret stunner confessed.

‘But I can tell you I do have an idea for my dress, so I’m really happy about that.’ 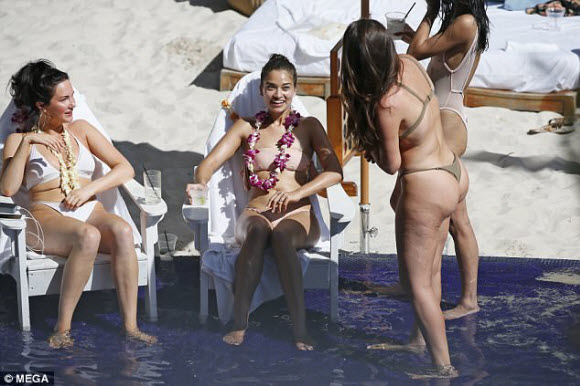 Shanina also opened up about bringing her beau DJ Ruckus Down Under for the holidays.

‘I just celebrated my first Christmas in Melbourne with my fiancé,’ she gushed to the Daily Telegraph.

‘We had an amazing time, I never tire of being back in my hometown.’