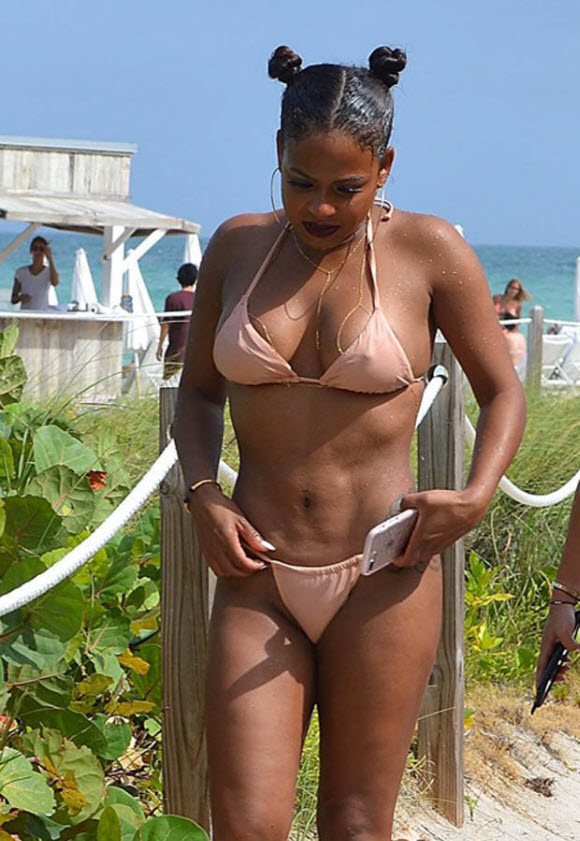 US singer Christina Milian Who famed for hits such as AM to PM, stunned as she flaunted her curvy figure in skimpy bikini.

Christina’s Instagram pics usually wow, but they had nothing on these new snaps.

The 35-year-old looked incredible in a skimpy nude two-piece that didn’t leave much to the imagination at all. 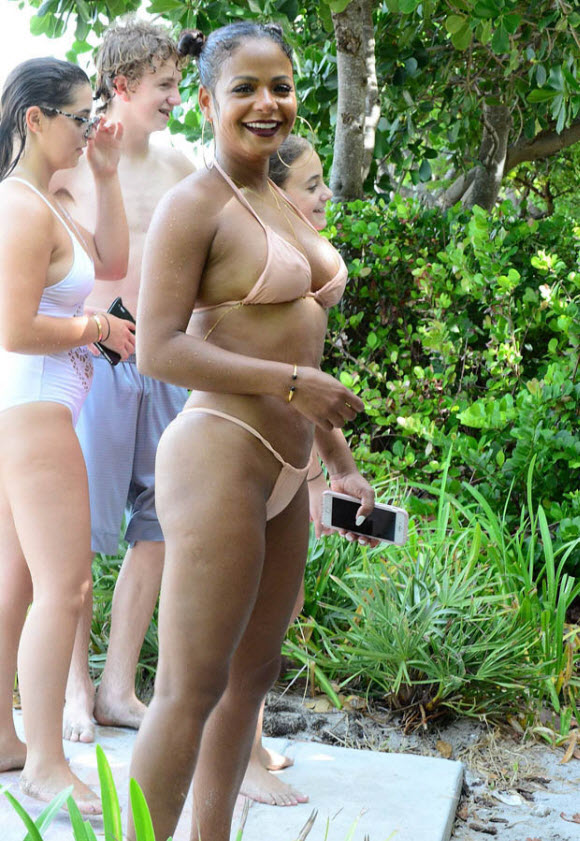 It was hard not to notice Christina’s nipples as they stood to attention in her cozzie.

She also was showing off washboard abs in her barely there ensemble.

The bombshell was seen yanking on her bikini bottoms – nearly flashing more than she meant to. 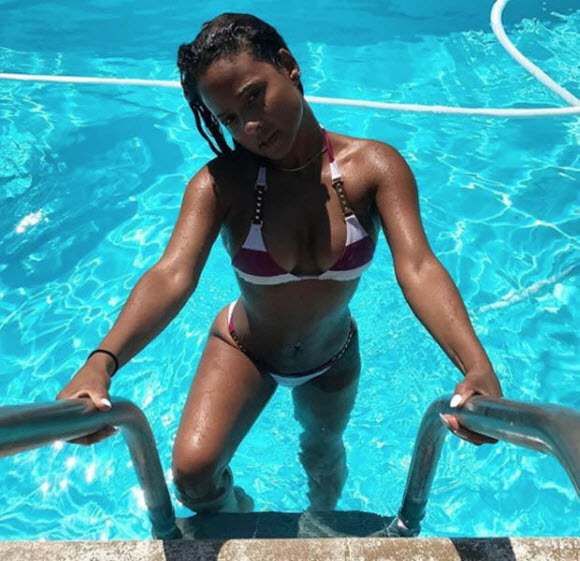 Luckily her modesty stayed in tact though.

The mum-of-one to Violet, 7, accessorised her outfit with deep plum lips and a cute bun hairstyle.

She was also wearing big silver hoops which gave the outfit a youthful touch. 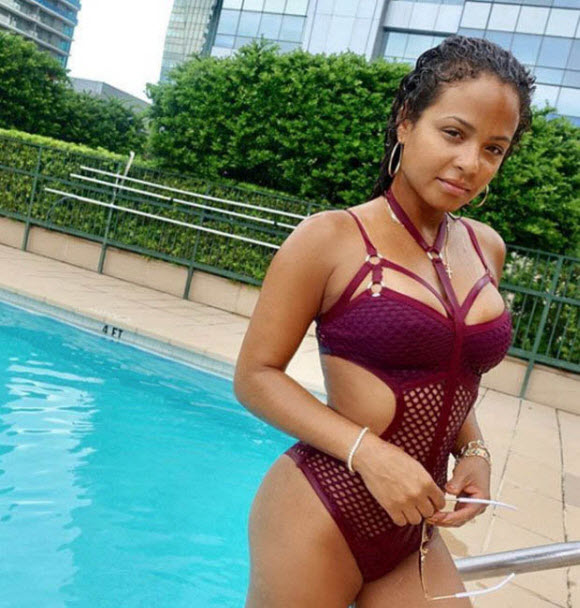 The babe was seen smiling for the camera as she enjoyed her time on Miami beach.

Christina has stripped to teeny swimwear before.

Earlier this month her fans were wowed as she flaunted her cleavage in a minuscule red and white striped number.