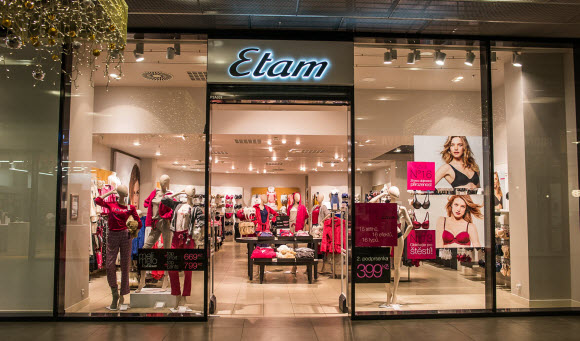 Fashion chain Etam will leave the Paris Stock Exchange this week, following the last steps of a public tender offer made by the retailer’s controlling shareholders, Michior family’s holding company Finora and Tarica and Lindemann families.

It’s worth recalling that over the past six weeks, Etam’s three majority shareholders rose to 99 percent of its capital in a simplified takeover bid to remove the group.

“Consequently, the mandatory withdrawal will take place on August 9, 2017, at the price of 49.30 euros (…) per share,” said the AMF in an official release. The regulator added that the listing of Etam would remain suspended until then.

The capital of Etam is shared between the Michior family, which became the main shareholder in 2009 via its holding company Finora, the Tarica family and the Lindemann family, highlighted ‘Le Figaro’. Prior to the takeover bid in recent weeks, these families already held more than 95 percent of the capital and voting rights, the threshold necessary to trigger a withdrawal of the rating.

Following current regulations, a mandatory withdrawal from public trading is required, and such withdrawal has been scheduled by the AMF for August, 9. This will concern the 72,179 Etam Développement shares existing at the date of the application for the implementation of the mandatory withdrawal and not already held by the offer-maker alone or in concert, representing 1 percent of the capital and 0.54 percent of the rights Of Etam Développement. Once the shares have ceased trading, these shares will be transferred to Finora for compensation by their owners and delisted from Euronext Paris. The compulsory withdrawal will be made at the same price as the simplified tender offer, which implies a settlement in cash of 49.30 euros (net of all costs) for each Etam Développement share.

The last months have been tough for Etam, with the group’s net sales down by 3.2 percent in the second quarter, badly hit by adverse currency effects driven by the depreciation of the yuan against euro. Over the half year to June, 30 2017, the intimate fashion group’s net sales amounted to 600.1 million euros, down 5.3 percent on a real basis or down 6 percent like-for-like and at constant exchange rates compared to June, 30 2016.