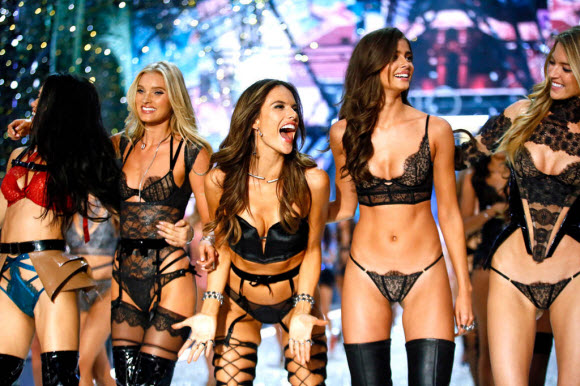 Every year, the Victoria’s Secret show brings its famous bejewelled Angels together for what is consistently a glittery catwalk extravaganza.

It’s the most-watched fashion event of the year (800 million tune in annually) with around $12 million (£9.2 million) spent on putting the spectacle together – a huge figure considering most runway shows cost an estimated $1million (£700,000).

So what do we know about this year’s show?

The location of the Victoria’s Secret show changes frequently, but this year’s event has been heavily rumoured as Shanghai. The brand have been steadily building its presence in mainland China over the past few years, with a total of 26 stores there. Nothing has been confirmed by the label as of yet.

There will be glitter and lots of it

Whether backstage, on the catwalk or at the after-party, Victoria’s Secret would be nothing without its unimaginable levels of pink and silver glitter. It’s basically a larger-scale version of Paris Hilton’s birthday party.

An exact date has not yet been announced, but the show usually takes place mid November. It is then aired on television in early December.

Expect some form of ‘drama’

Remember the time Ariana Grande nearly got knocked out by Elsa Hosk‘s furry angel wings? Or the alleged ‘awkwardness’ between exes Bella Hadid and The Weeknd? Or when Yolanda Hadid posted that controversial childhood shot of nude Bella and Gigiin angel wings? Or when Jourdan Dunn described the brand as “BS” after she wasn’t recruited for the catwalk? Or when Cara Delevingne dismissed allegations she had been banned from the show because she was “too fat?” Another VS show calls for more drama. 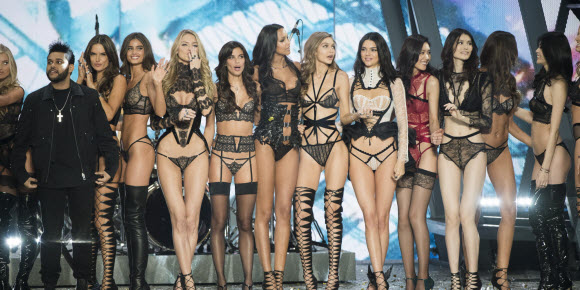 Everyone will wear pink dressing gowns

The mastermind behind this marketing gem is unknown, but one of the most distinguishable markers of the VS show is its pink dressing gowns, worn by the models backstage prior to the event. These satin robes are sold online for around £45.

With previous acts including Taylor Swift, Selena Gomez, Lady Gaga and Bruno Mars, we can expect a strong set of performers this year. Justin Bieber has been mooted as one possible name, after a slew of Victoria’s Secret Angels starred in his recent music video, 2U. He has performed on the show before, but that doesn’t mean he won’t be invited back. Alternatively, Selena Gomez could be a shoe-in as she’s friends with the current roster of VS models and has new material out at the moment. If the brand really wants to attract serious attention then Zayn Malik would be a strong option. As the boyfriend of VS favourite Gigi Hadid, the millennial power couple would guarantee headlines.

Someone will wear an extremely expensive bejewelled bra

If an Angel is chosen to wear the ‘fantasy bra’, then it means she’s a big deal – previous names to bestowed with the accolade include Jasmine Tookes, Lily Aldridge and Alessandra Ambrosio. Usually, this opulent, presumably very heavy creation is unveiled about a month before the show. Last year’s bling bra was created by jeweller Eddie Borgo using 9000 precious stones, taking 700 hours to create and weighing in at more than 450 carats.

Everyone will have ‘mermaid hair’

Victoria’s Secret is not one to push boundaries when it comes to its beauty look. The favoured look? Fluttery lashes and wavy, long hair. You’d be hard-pushed to find a VS Angel with short hair (although maybe Cara Delevingne could be the first with her buzzcut?) and generally most have shoulder-length or longer waves.

This generally isn’t revealed until further down the line, but Gigi and Bella Hadid and Kendall Jenner will be expected to make an appearance, as will Sara Sampaio, Taylor Hill, Elsa Hosk and Martha Hunt. Behati Prinsloo and Candice Swanepoel might be set to make a comeback after both missed the 2016 show because they were pregnant.

Cara Delevingne is unlikely to do a VS catwalk turn given her blossoming film career (although she’ll probably be invited). Karlie Kloss and Doutzen Kroes will also pass having both retired from Victoria’s Secret last year.