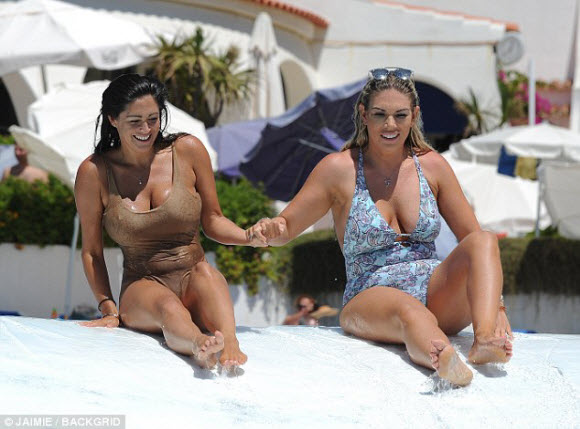 Frankie Essex opted for a more modest one-piece as she continued her girly getaway with her gal pal Casey Batchelor on Monday, enjoying an outing to a water park as they continued to celebrate blonde beauty Frankie’s 30th. 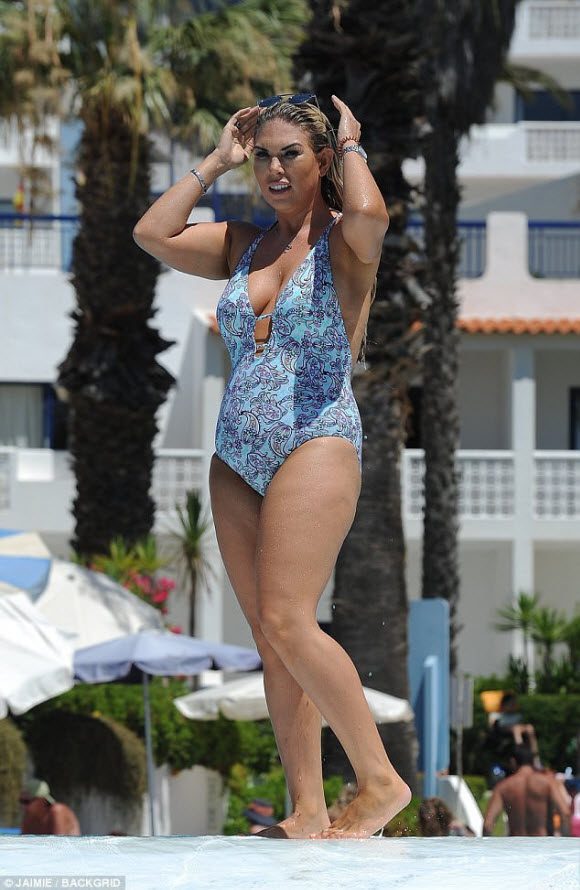 The former TOWIE star appeared a little self-conscious in her plunging one-piece, making a conscious decision to keep her curves under wraps following the cruel jibe. 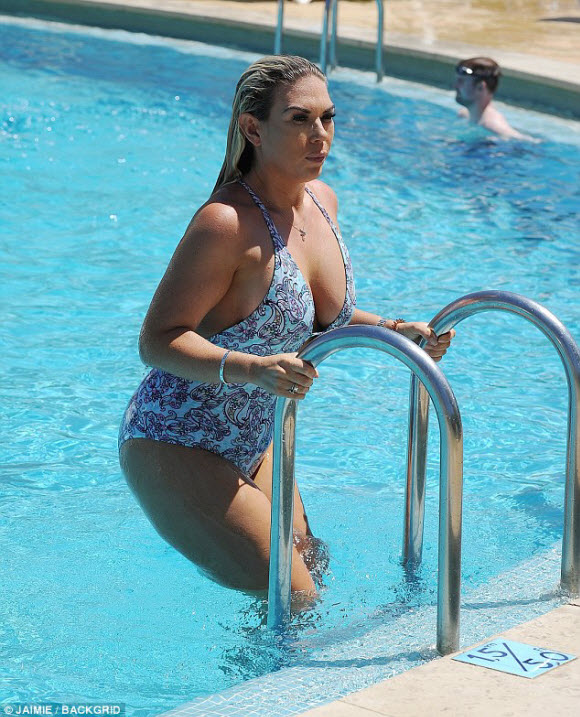 Frankie was distraught when a fellow holidaymaker called her ‘fat’, resolving never to wear a bikini again.

Her close friend Casey was showing off a little more skin in her swimwear, opting for a cheeky thong number which highlighted her peachy posterior. 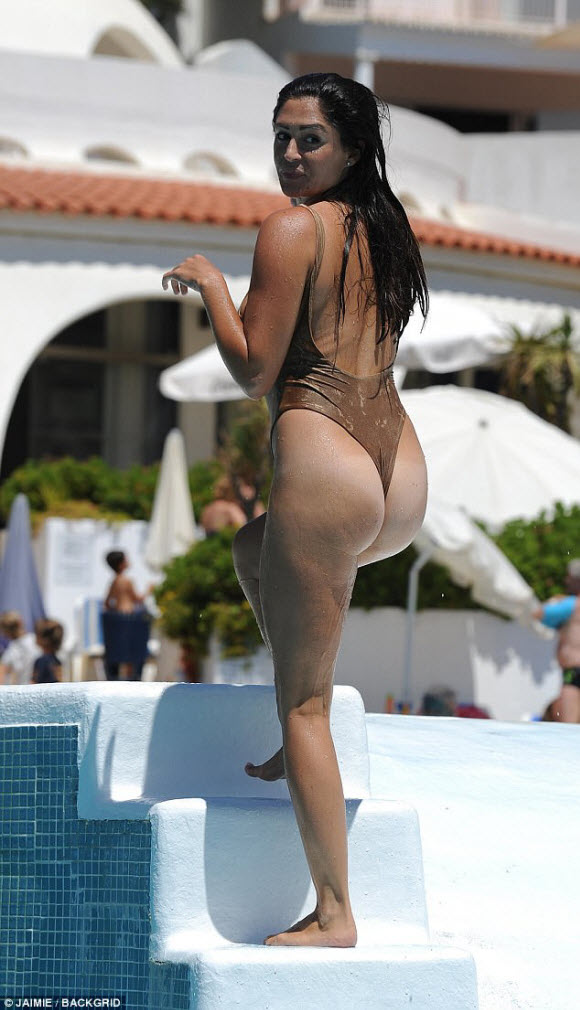 The skin-hued number clung to the glamour model’s curvy physique and made her most of her sizable assets.

She went make-up free for her swim, displaying her natural beauty as she laughed and joked with Frankie. 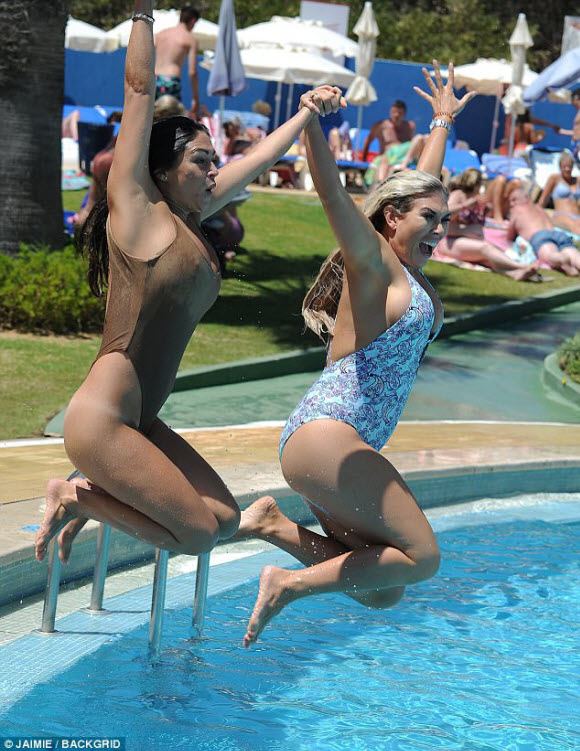 The star took to Twitter to reveal that she feels ‘uncomfortable’ wearing a bikini after she was called ‘fat’ while lying on a sun-lounger.

The blonde beauty informed her 666,000 followers on the micro-blogging site: ‘Was having a lovely day at the pool with @caseybatchelor until someone decided to call me fat a few sun loungers down from us so hurtful.’ [sic]

She later added: ‘I don’t even want to wear a bikini now feel so uncomfortable.’ followed by a sad face emoji. 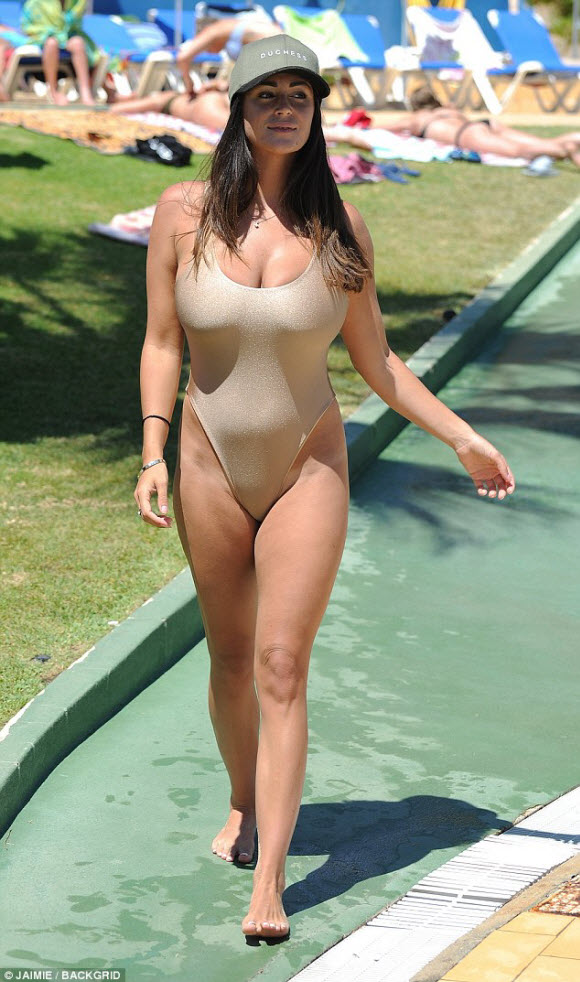 With the cruel taunt likely still on her mind, Frankie replied to TOWIE star Amber Turner’s tweet last week that she wants to be ‘somewhere hot in a bikini’, writing, ‘So would I with a figure like yours girl.’

Frankie recently told The Sun that time spent in the gym helps keep her depression at bay, but she has been unable to run since damaging her knee.

She explained: ‘I’ve put on a stone. Not being able to go gym – you eat and it makes me a bit depressed.’

Discussing how her body has changed since her knock, she added: ‘It’s horrible and it’s a bit depressing. I’m swollen. My whole body is swollen.’

Frankie also revealed that a doctor recommended she take anti-depressants.