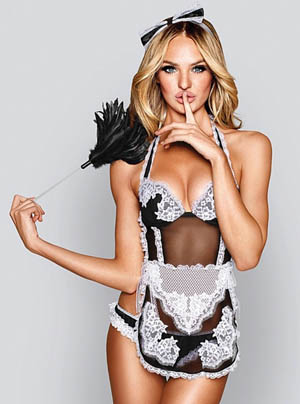 French maid refers to a strongly modified style of servant’s dress that evolved from typical housemaid’s black and white afternoon uniforms of 19th century France (and their later use by stereotypical soubrette characters in burlesque dramas and bedroom farces).

The designs of the French maid dress can range widely from a conservative look to revealing. It is often used in cosplay, sexual roleplaying, and fetishism. Depending on design details, some forms can be classified as lingerie.