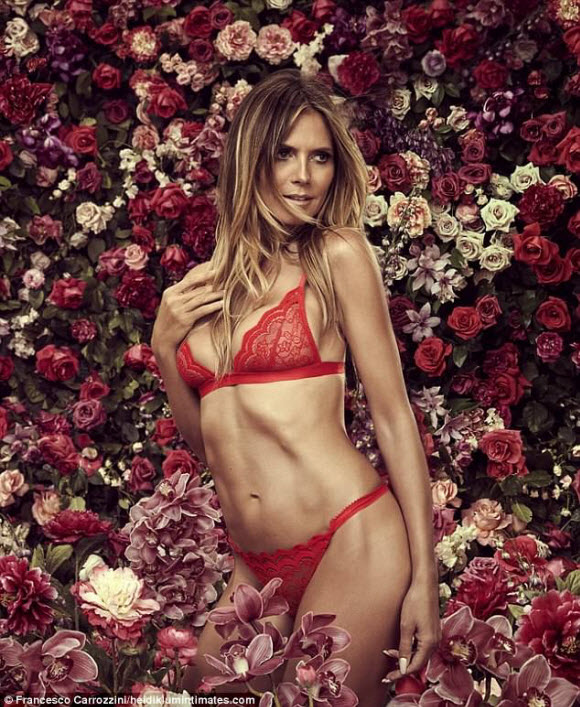 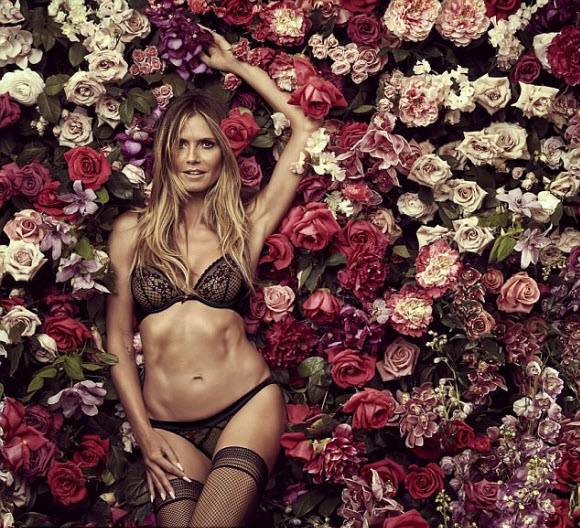 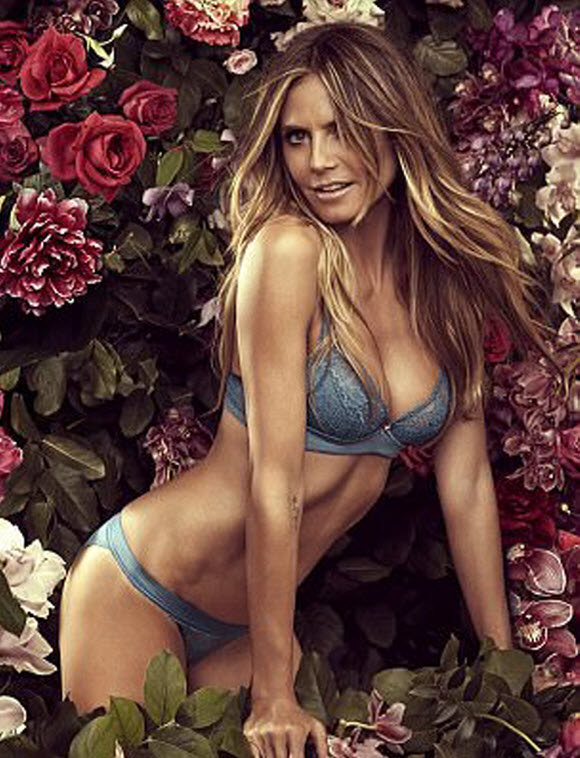 There was not an inch to pinch on Heidi flaunting her sensational 5ft9in figure in pieces like the peachy ‘Dreamtime’ underwire bra and matching thong.

That same day, the German-born beauty hosted a ‘bra brunch’ at the Hotel Bel-Air in Los Angeles alongside three lovely lingerie models. 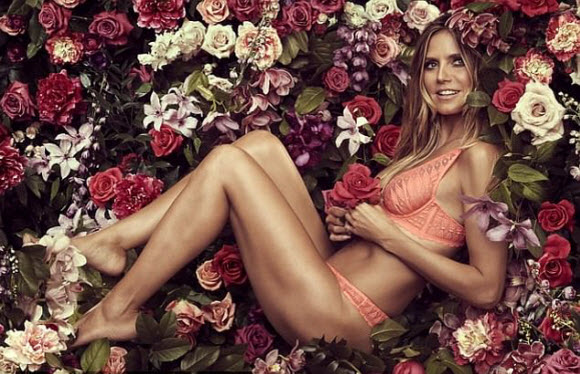 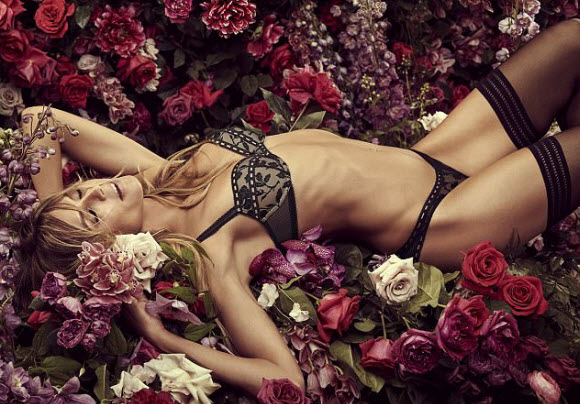 The America’s Got Talent judge, who split from her second husband Seal in 2012 and is now dating Vito Schnabel, appropriately flashed a hint of her bra in a white blouse, skinny capri jeans, and matching pumps selected by stylist Maryam Malakpour.

Heidi wore her ombré blonde locks down while enjoying the swing surrounded by roses hanging like vines at the fragrant festivities. 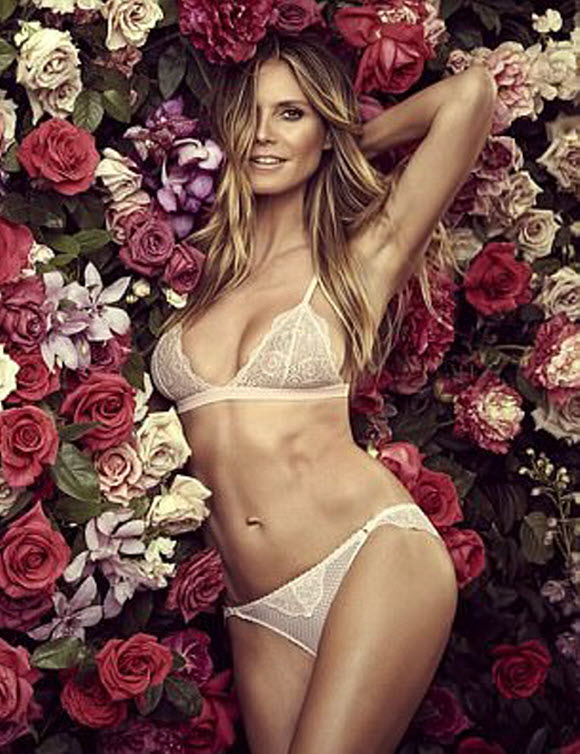 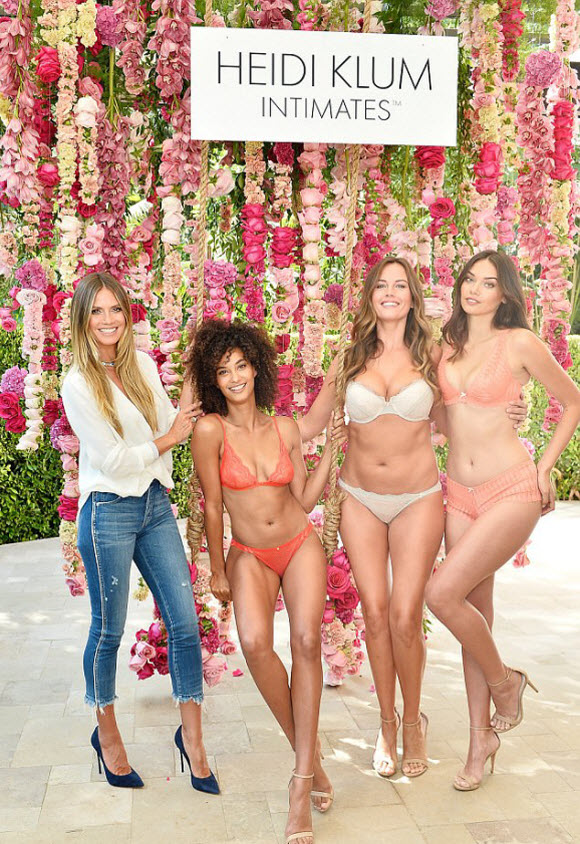 Klum – who boasts 12.6M social media followers – shared an Insta-story of the soiree where they enjoyed a menu curated by Wolfgang Puck and an embroidery bar. 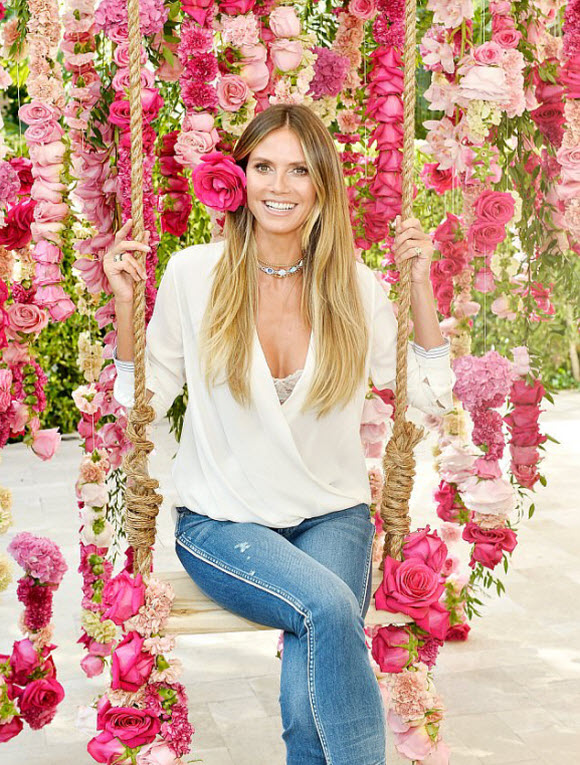