How To Reshape Your Sagging Breasts? 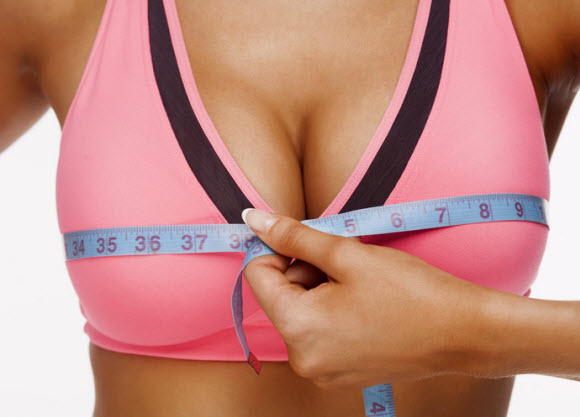 Breasts could sag due to various reasons. In most women the sagging is simply an indication of advancing age. As the woman grows older, the tissues that hold the breast upright lose their strength, which makes the breasts to droop downwards. Women who have undergone a pregnancy and childbirth also may have sagging breasts. During pregnancy, the size of most women’s breasts increases. Due to the extra weight in the breasts, the sag could develop. This also happens when the woman feeds her baby after the birth. When the baby suckles on the breast, it has a tendency to pull the breast downwards. This could make the breast droop permanently downwards, causing sagging breasts.

Sagging of breasts is a very common condition in women with big breasts. Due to the sheer weight of these breasts, they may droop downwards and cause very prominent sag. It is seen that women who have undergone breast augmentation surgeries and increased the size of their breasts by more than two cup sizes could find the breasts too big for their bodies. Gravity could pull the breasts downwards.

However, the sagging of breasts is not such a big problem as it once used to be. With the advancement of cosmetic medical techniques, today there are several options to get the sagging condition of breasts remedied. The breast uplift surgery is one of the common enhancement surgeries being used by women all over the world. In this surgery, the surgeon would try to bring the nipple back to the center position on the breast and then reassign the correct position to the tissues of the breast. The skin around the breast is tautened in order to give the breast a firmer and well-toned look.

There are some common problems with the breast uplift surgery. The breasts do sit in within a day or two, but the intermediate period could be a very uncomfortable one for most women, as this is the time when they will be adjusting to the change in their anatomies. The implants would make the chest feel heavier and somewhat awkward for a couple of days. Also, women are forbidden from indulging in any sort of activity that involves the chest for several weeks after the surgery. There could be undue exertion on the newly dislocated muscles, which could also lead to internal bleeding. However, once this phase of adjustment is past, women could see themselves in a new light and feel sexier and a whole lot younger.

If you are looking out for getting some remedies for your sagging breasts, then you need to be warned about some of the ineffective methods in the market. One of them is the various creams, sprays and such supplements which promise to give you better breasts. Though these methods are not harmful to the breasts, there is no guarantee that they would cure the sagging breasts. Such supplements might work for toning the breasts, but it is not proven whether they would correct the sagging of the breasts.

Similarly, exercises don’t work with sagging breasts. Breasts are largely composed of fatty tissue. Exercise can help building up the muscle, but it cannot do anything with fatty tissue. Chest exercises can improve the chest muscles and hence make the breasts sit better on the chest. This will make the breasts settle better on the chest. However the effect will not be that much. But it is advisable to perform chest improvement exercises before the breast uplift surgery as that could show better effects.

So if you are suffering from sagging breasts, do not despair. A vast majority of women all over the world are suffering from this problem. Keep in mind that there is a way out of the problem if you ever need one. In the meantime, indulge in good sexual activity, have a good diet and do chest improvement exercises. You will be on your way to getting a better bust and a better life.

How To Treat Itchy Breasts

Types Of Breast Implants: Your Choice Is Important