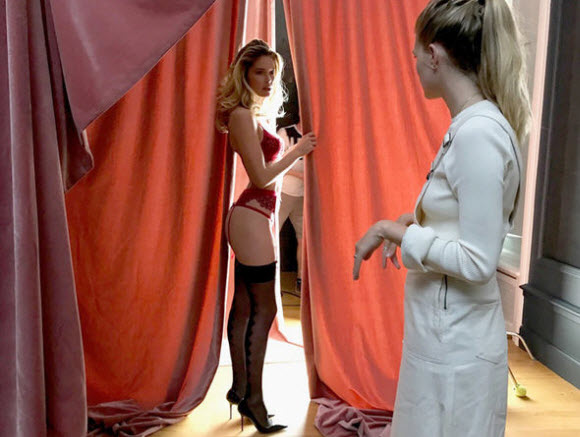 Christmas has come early for fans of Doutzen Kroes as she stripped down to lacy lingerie to shoot a sultry festive campaign for Dutch brand Hunkemöller.

The Victoria’s Secret beauty flaunted her incredible figure as she slipped into a racy red basque and stockings for the saucy snaps.

In behind-the-scenes shots shared by the Dutch lingerie brand, Doutzen gave fans a glimpse of what they can expect when the campaign runs later this year. 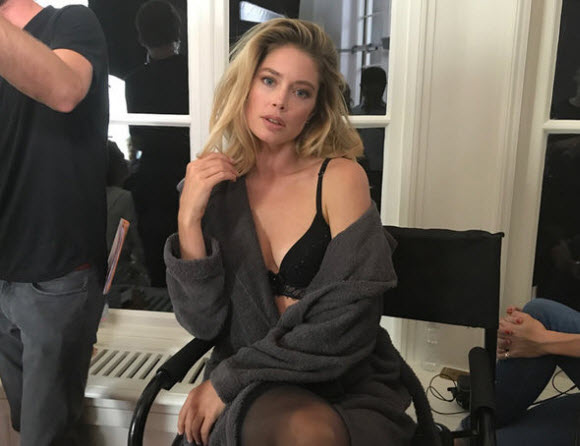 She could be seen posing seductively between two red curtains in her holiday-inspired underwear as she showcased her enviably toned pins.

Adding height to her look and further emphasising her lean limbs, she sported a pair of patent black shoes.

In another snap, the 32-year-old was pictured smiling coyly at the camera as she looked at outtakes.

Doutzen flashed her best assets in a black lacy bra as her fluffy grey dressing gown fell out of place, leaving her décolletage exposed. 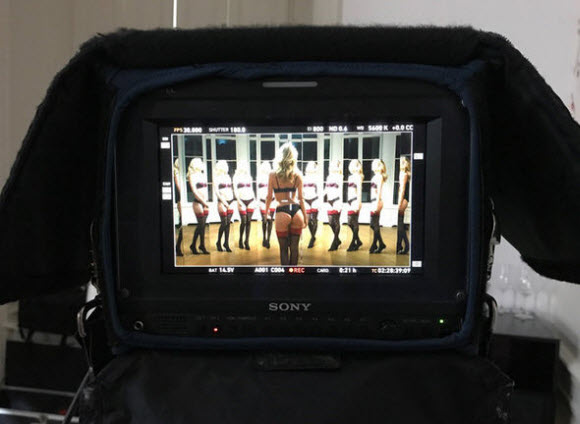 Her blonde locks were styled in loose waves while she wore lashings of mascara and sported a slick of pink lipstick.

One sizzling shot also showed the mother-of-two in a blue sparkly bralet as she eyed up a glittering gold present.

Her toned stomach stole the spotlight in the navy two-piece, which left very little to the imagination. 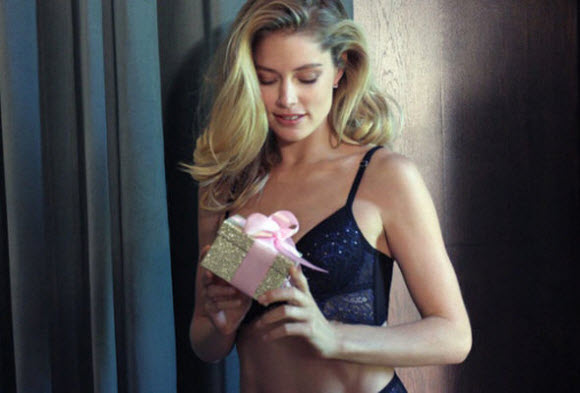 Doutzen became a brand ambassador for Hunkemöller in 2016 and has since collaborated with the brand on a Sports Stories Sportswear range.