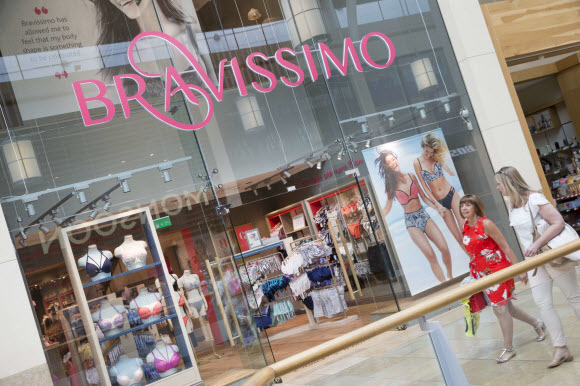 Lingerie and swimwear retailer Bravissimo on Friday revealed plans to make a splash in America after expanding its empire across Britain.

The UK firm, which specialises in selling bras for women with larger breasts, launched its first US website in May, and is looking to open a debut shop there next year, “likely to be on the east coast”.

A company spokesman added: “We know that many big-boobed women in the US find it really difficult to get a good choice of bras in bigger cup sizes, and we’d love to be able to offer them a more positive shopping experience.”

Plans to invest across the Atlantic come 22 years after Sarah Tremellen launched Bravissimo from her Warwickshire home, initially as a mail-order business.

She was inspired to create the brand when her bra size swelled during pregnancy and she failed to find attractive designs beyond a D cup.

Tremellen owns the firm with her husband Mike, and they saw sales edge up 2% to £50.2 million in the year to October 31.

But pre-tax profit decreased to £2.2 million from £3.3 million a year earlier, partly owing to spending on new shops.

The firm has 28 shops, with London branches in Ealing, Covent Garden and near Oxford Circus station.

It is looking to open more stores in the capital and the South-East.