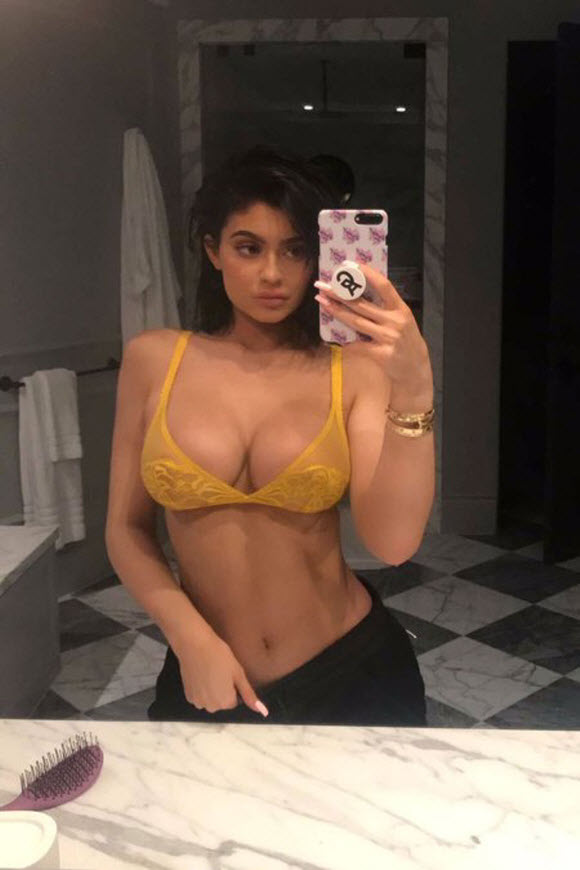 Super star Kylie Jenner 19yo showed off her ample cleavage in a lace yellow bra and she know all eyes were on her as she returned to social media again .

Her busty selfie comes after her Snapchat was hacked and an impostor threatened to post nude pictures of her online.

The 19-year-old flashed her ample cleavage and left little to the imagination in a plunging lace bra.

She put on a provocative pose with her hand in the waistband of her lounge trousers as she posed in front of her bathroom mirror.

As well as showing off her bosom, Kylie also flashed her tiny waist and toned midriff.

Her hair looked rather dishevelled in the snap which came after her millions of followers got a shock on Sunday evening when a user named ‘Chikri95’ posted a Snapchat code on her profile along with the caption: “add for kylie jenner’s nudes!! twitter ‘chikri98’.”

But an hour later, the culprit added: “jk she aint got nudes lol but rt my pinned tweet i want clout lol”.

While Kylie didn’t comment on any of her other profiles about the hacking, she appeared to reclaim her Snapchat account later in the evening, posting a picture of her dog.

She captioned it: “My mans”.

The incident comes just days after Kylie went braless in a white minidress for a series of sizzling Instagram snaps. 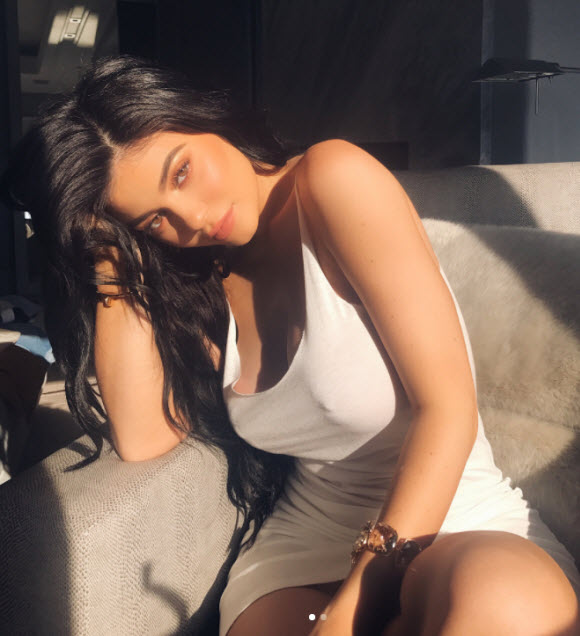 The reality star gave the camera a smouldering look as she posed for the sultry photos.

The social media princess bagged over a million likes in just an hour after posting the first racy shot, before following it up with two more.

Travis Scott’s girlfriend seemed to be pushing the boundaries as her nipples were visible through the dress as she perched on a fluffy armchair.

Fans were loving the snaps, which came after Kylie stepped out in a tiny leopard-print bra and metallic skirt on a trip to a pal’s house.