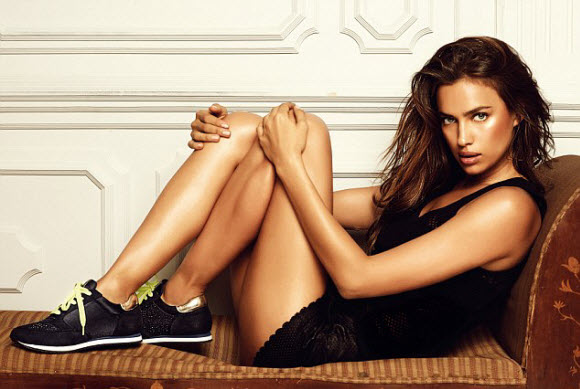 Irina Shayk certainly doesn’t look like a woman who has recently given birth in her latest Instagram post, which is sure to set her legion of fans’ pulses racing.

The 31-year-old model looked beyond toned as she posed in sexy semi-sheer lingerie by Intimissimi, an underwear brand she has fronted since 2007.

The Victoria’s Secret stunner, unsurprisingly, exuded body confidence as she stripped down to the white, lace undergarments, which offset her bronzed figure to perfection. 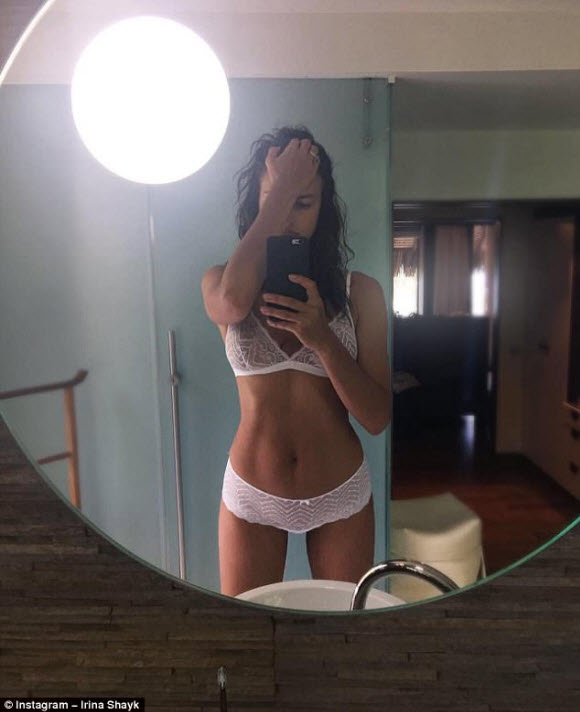 Partially concealing her face behind her arm, Irina oozed sex appeal as she ran her hands through her trademark brunette tresses.

‘Summer with Intimissimiofficial,’ the beauty captioned the steamy shot.

The snap came as Irina’s boyfriend Bradley Cooper soaked up the atmosphere at the final day of Wimbledon, where tennis legend Roger Federer took on Marin Cilic in the Men’s Singles final.

It seems the fun never stops for the pair though, as they were recently pictured making the most of the summer sun with a holiday in Tahiti.

Sharing a snap from their idyllic getaway, Bradley, 42, loving placed his hand on Irina’s leg as she puckered up for the picture.

The new parents posed alongside Allison Williams and her husband Ricky Van Veen and Anderson Cooper and his partner Benjamin Maisani.

Also on hand was designer Diane von Furstenberg, who took the snap and put it on her social media.

Andy Cohen also joined the group for their tropical holiday.