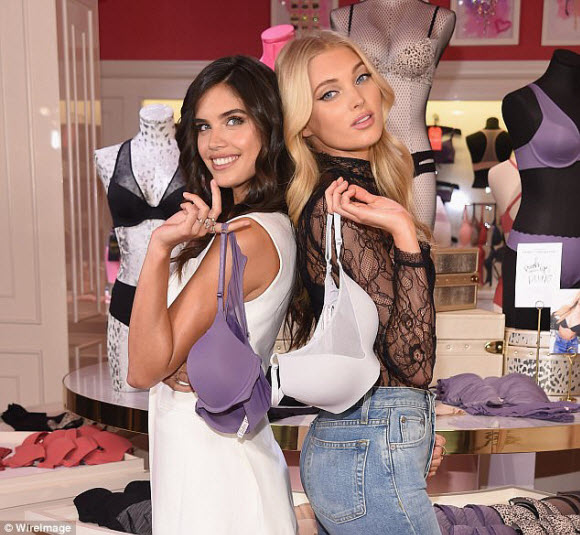 And Sara Sampaio, 25, along with Elsa Hosk, 28, made the perfect spokesmodels for the release in New York City on Tuesday.

The two gorgeous women perfectly complimented one another with their long brunette and blonde tresses while showing off just a perfect amount of cleavage as they showed off the new bras. 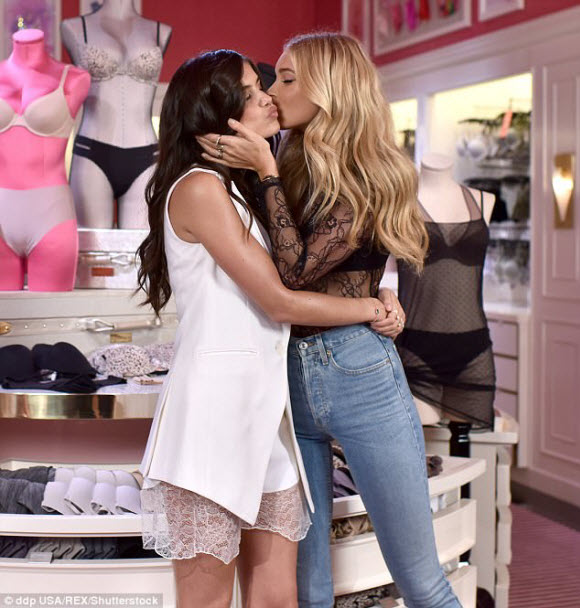 Sara revealed a tiny glimpse of a white bra underneath a sleeveless blazer with a plunging neckline.

She paired it with white shorts that featured a lace trim around the bottom.

The brunette beauty opted to stay with one color and chose matching white pumps to complete the angelic outfit.

She wore matte nude lipstick and dark eye makeup for the big debut as she posed next to Elsa.

The gorgeous blonde decided to go a little more casual for the appearance with tight high rise jeans over a see-through lace bodysuit.

The long-sleeved shirt came right up around her neck and showed off the black T-Shirt bra she wore underneath. 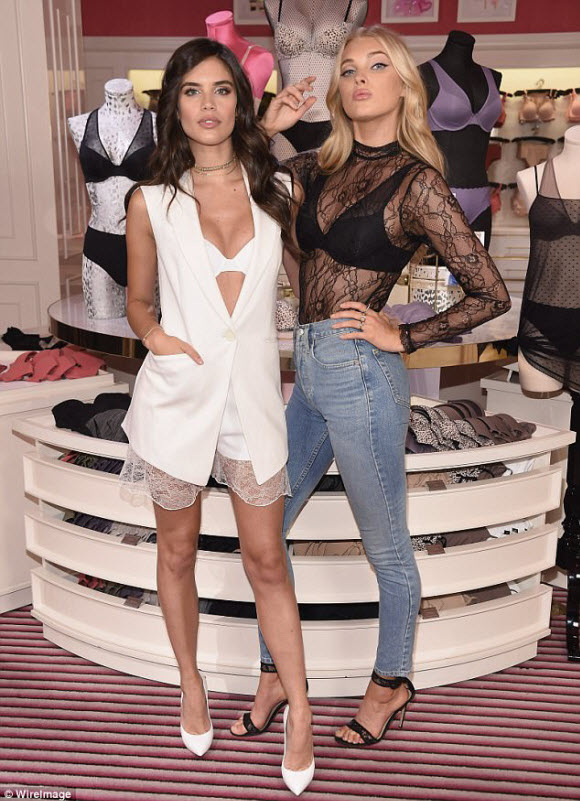 She wore winged eyeliner on her light eyes giving off a dramatic expression and opted for shimmering light gloss on her lips.

The girls posed in front of a display of T-Shirt bras in various colors and styles.

Elsa grew up in Sweden where she was a basketball player, previously saying that her athletic background has made her a better model.

‘Even holding a pose for a long time, making your body into strange shapes, and just knowing what it looks like – I think [for me] that comes from being a basketball player,’ she said. 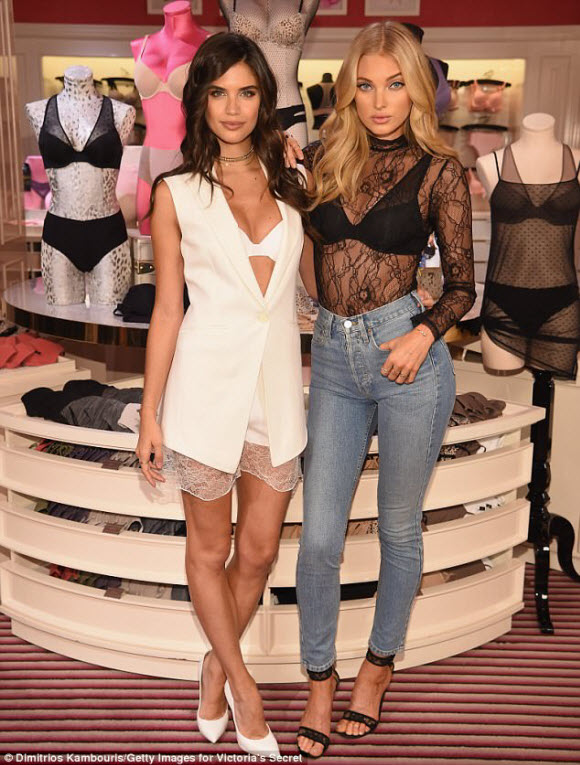 She has walked in the Victoria’s Secret show since 2011, and was promoted to Angel status in 2015, joining an elite group of famed supermodels that include Alessandra Ambrosio, Behati Prinsloo and Stella Maxwell.

The 5ft 10in top model recently joined a bevy of lingerie-clad Victoria’s Secret beauties for Justin Bieber’s steamy 2U video.

Sara who is from Portugal recently walked the runway during Couture Fashion Week in Paris, showing off her genetically blessed good looks.