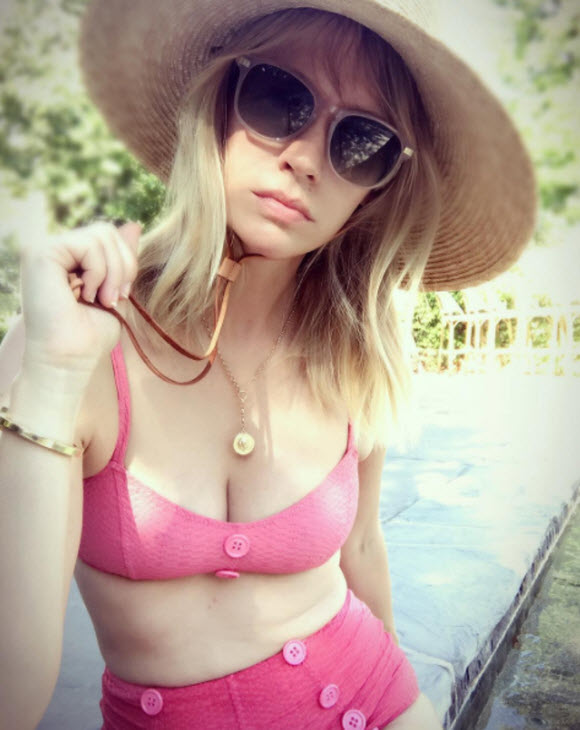 January Jones gave her fans a gift as she stripped down to a vintage pink bikini yesterday and displayed her gorgeous figure.

The Mad Men star exposed major cleavage in the tiny two-piece, which was adorned with large pink buttons.

She risked spilling out of the low-cut strappy bra top as she leaned towards the camera in one sizzling snap.

Her ample assets were impossible to miss in the boob-baring style as she soaked up the sun. 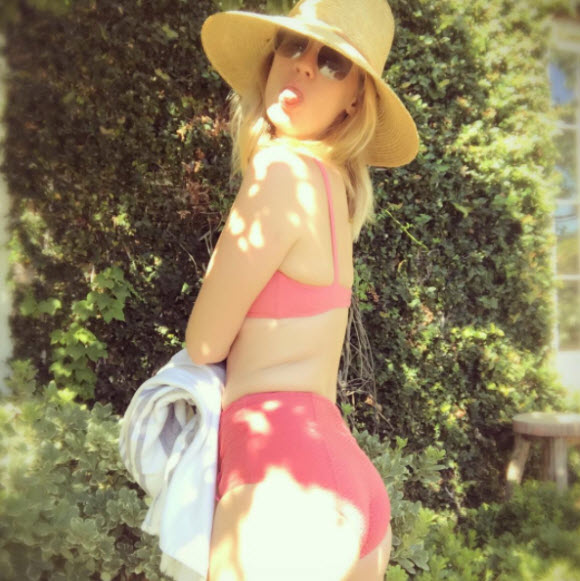 January drew even more attention to her bountiful bosom by accessorising with a gold pendant.

But it wasn’t just her exposed décolletage which was the focus of her steamy summer snaps.

The 39-year-old flaunted her peachy posterior in one photograph as she stood facing away from the camera.

Allowing her pert behind to take centre-stage she could be seen looking over her shoulder and cheekily sticking her tongue out.

While she appeared to be enjoying the sunshine, she was careful to stay safe and sported an oversized hat and retro sunglasses. 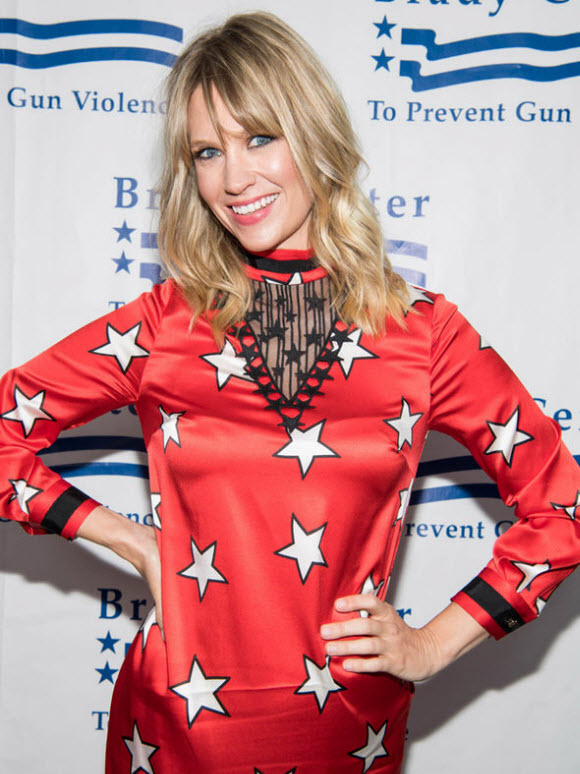 Unsurprisingly, she sent her 506,000 Instagram followers into a frenzy with many quick to gush over her enviable figure.

“Yes! She’s got such a beautiful bod and should show it off more,” one commented, while another added: “Prettiest woman on this planet.”

A third continued: “The only January that never gave you the blues.”