Sexy model Elle Johnson is making a habit of getting banned off Instagram because of X-rated posts.

The blonde beauty, from the US, has only been back on the social media site for a few weeks but it seems she may have already landed herself in hot water.

Elle has made it her mission to “free the cleavage” after two previous Instagram bans for flashing too much flesh.

The glamour model had amassed more than 450,000 dedicated followers on her page thanks to her raunchy snaps.

But her posts were too boob-heavy for Instagram bosses and saw her blocked for “violating community guidelines”.

The blonde bombshell was first chucked off in January when her page was reported by shocked users.

But in April she was banned once more – and it seems she still hasn’t learnt her lesson. 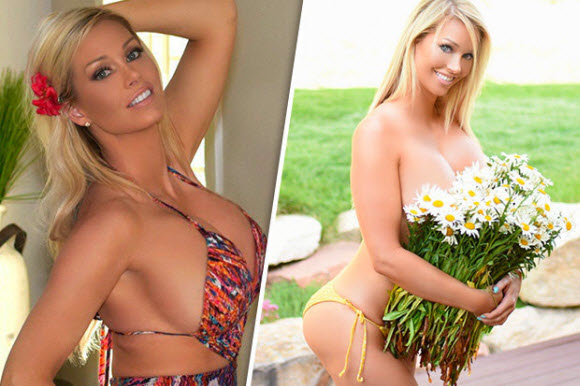 Refusing to let the haters keep her down, Elle made her comeback on the site last month with her most explicit set of photos yet.

The stunner donned a series of see-through bikinis and lingerie to show off her curves to the max and push the no-nudity rules to the absolute limit.

Posting a recent snap of herself in a colourful bikini on Twitter, the bombshell said: “This photo is not available on Instagram because @instagram has something against sideboob. 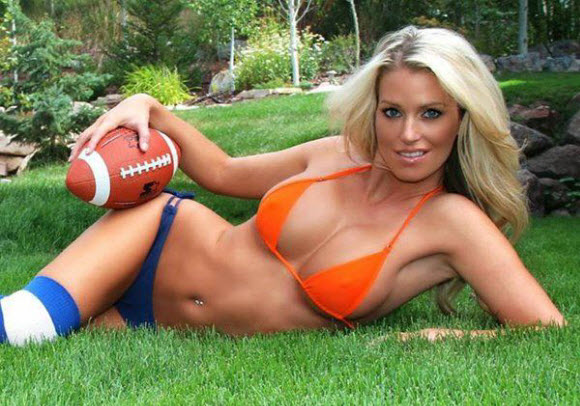 “Actually, they just have something against me.”

Another said: “You look stunning, I don’t know what their issue is with this picture.”

While a third added: “Who keeps reporting you? Absolute killjoys.”