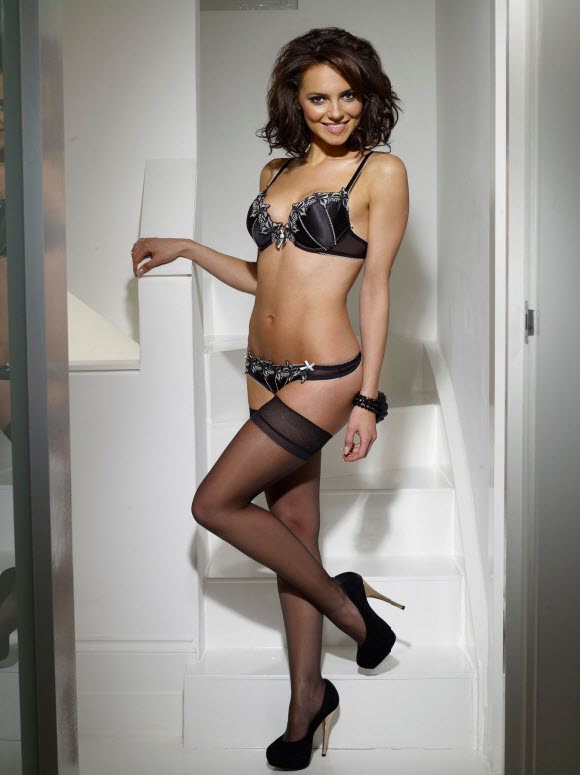 Tointon was born to Ken and Carol in Basildon, Essex. Together with her actress sister, Hannah (born 1987), Tointon was brought up in Leigh-on-Sea. Both sisters attended St Michael’s School, Leigh, and St. Hilda’s School, Westcliff-on-Sea, Essex. Tointon was diagnosed with dyslexia at age seven. She had speech and drama lessons at school.

Almost a month after her last Dream Team episode aired, it was revealed to the press that she would be joining the BBC soap EastEnders as a new character, Dawn Swann. Tointon auditioned for EastEnders at the same time as Tiana Benjamin, Matt Di Angelo, Kellie Shirley and Charlie Clements all auditioned for their respective roles. Tointon left EastEnders, along with co-star Ricky Groves, on 27 August 2009.

She co-starred with then partner Joe Swash in Snow White and the Seven Dwarfs in Bristol in the 2009/2010 pantomime season.

In July 2010, she recorded a documentary for BBC Three called Kara Tointon: Don’t Call Me Stupid. The programme examined the impact dyslexia can have on people’s lives and the difference different learning styles can have on people with dyslexia. Tointon revealed that she suffers from dyslexia, and has a reading age of 12. During the programme, Tointon visited Shapwick School in Somerset, which specialises in the education of pupils with dyslexia, and talked with the pupils about their experiences. Tointon was taught various line learning and organisational techniques by Dyslexia Tutor Claire Salter.

In 2008, Tointon won the Sport Relief special edition of Strictly Come Dancing with Mark Ramprakash. Her Samba was enough to get her the Glitterball Trophy.

In September 2010, it was announced that Tointon would be appearing as a contestant on Strictly Come Dancing Series 8, this time partnered with Artem Chigvintsev. The pair achieved good scores in the first five weeks of 30, 32, 31, 32 and 37. In week 5, Tointon was awarded the first 10 of the series by Alesha Dixon for her Pasodoble. In week 6 she was top of the leaderboard with her Salsa. She also had good scores for the next five weeks of 36, 38, 35, 34 and 38. In week 11, she got her highest score of 39 for the Viennese Waltz and Rumba and got the maximum 5/5 for the Swing-a-thon. Tointon made it to the final along with Matt Baker and Pamela Stephenson, where she made it to the final two, then went on to win and be crowned champion beating Matt Baker and his partner Aliona Vilani.

In May 2011, Tointon played Eliza Doolittle in the West End production of Pygmalion at the Garrick Theatre. She received fantastic reviews for the Philip Prowse production of the well known play which opened on 25 May and ran until 3 September. Her co-stars were Rupert Everett and Dame Diana Rigg.

Kara played what the Guardian’s Michael Billington called “a luminous and refreshing” Eliza to Rupert Everett’s Professor Higgins “capturing perfectly the arc of [her] development”. Whatsonstage similarly picked up on the spirited chemistry the leads seem to share; “[Kara’s] remarkably assured on the stage, blessed with malleable good looks and tremendous lung power, and she makes Eliza a truly feisty opponent to Everett’s self-obsessed, grandiloquent Higgins.”

In the Telegraph, Charles Spencer celebrated Kara’s “warmth and vulnerability” marking her out as “an actress of truly great potential” while the Daily Express’s Paul Callan said “ the role of Eliza is a challenge for any actress and Miss Tointon faced it with skill and charm”.

In August 2009, she was unveiled as the new face of Michelle for George underwear at Asda.

In September 2011 it was announced that Kara would play a lead role in the new film ‘Last Passenger’ acting opposite Dougray Scott and directed by Omid Nooshin.

Tointon dated singer James Bourne from Busted from the age of 15. In January 2011, Tointon announced that she and her Strictly Come Dancing partner Artem Chigvintsev are a couple.