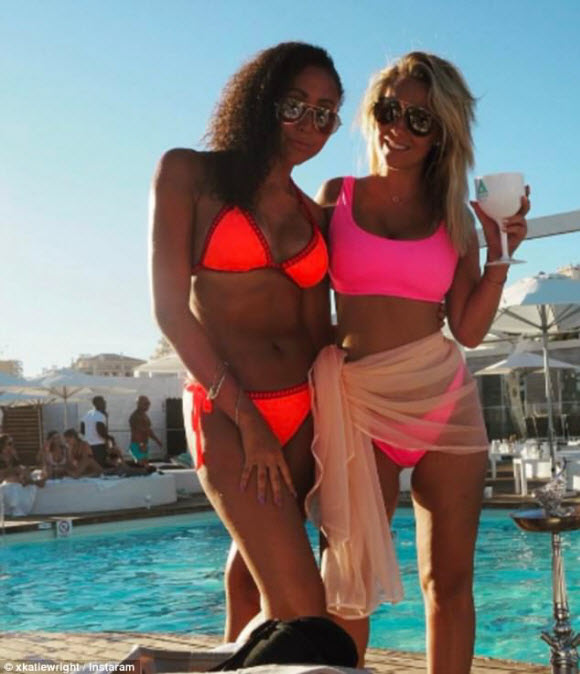 Kate Wright, 24, keep going to solidify her place within the Ferdinand family today, once she posted another bikini photo with Rio’s little half sister Sian.

Snapped in the same fuchsia bikini, which best showcased her ample assets, Kate shared yet more insight into her family break in Portugal with 38-year-old Rio.

Former The Only Way Is Essex beauty Kate drew attention to her incredibly tiny waist with the sheer sarong tied at her right hip in a huge bow.

Getting into the holiday mood, she wore her trademark golden locks in a choppy style as they posed beside the pool.

The ladies showed how well they were getting on as Sian slipped her arm around Kate’s waist. 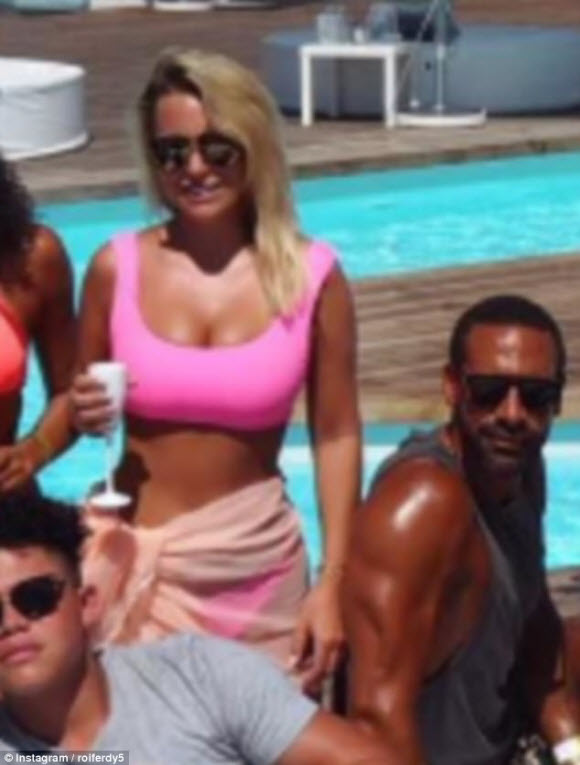 In good company, they both posed up a storm in mirrored specs which kept their eyes sheltered from the sun.

Sian also paid tribute to her big brother with a heartfelt caption on her Instagram picture, where Rio wrapped his muscular arms around her neck.

Of her sibling, she wrote: ‘Through the smiles the laughters the tears & hard moments you’ve been there each step of the way with me.

‘It’s been a long road and we both know it’s not been easy, but thank you for being a rock when I’ve needed you, mummy would be so proud of the man you are today. I’ve got you always! Love you Big Bro #HerRoyals.’ (sic) 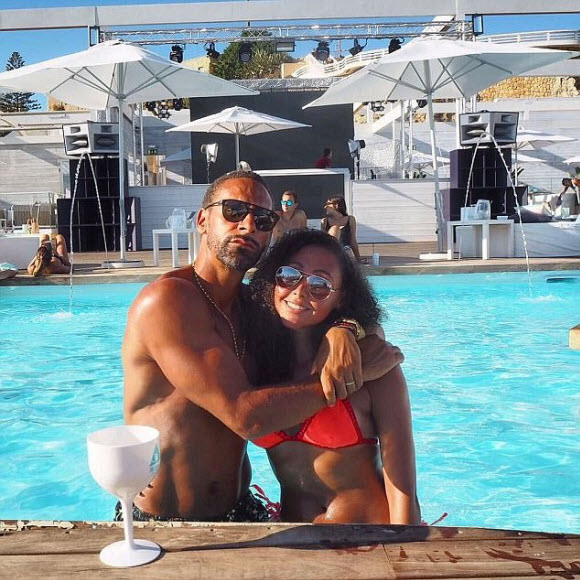 The gushing post proves that the tight knit bunch have welcomed Kate into the family with open arms.

Until now, no pictures have shown Kate with the sportsman, despite spending a week away with his friends and family.

Taking to his Instagram account, Rio’s 2.4million followers were treated to the snap of his entire family while Kate beamed in the middle while sporting a pink bikini. 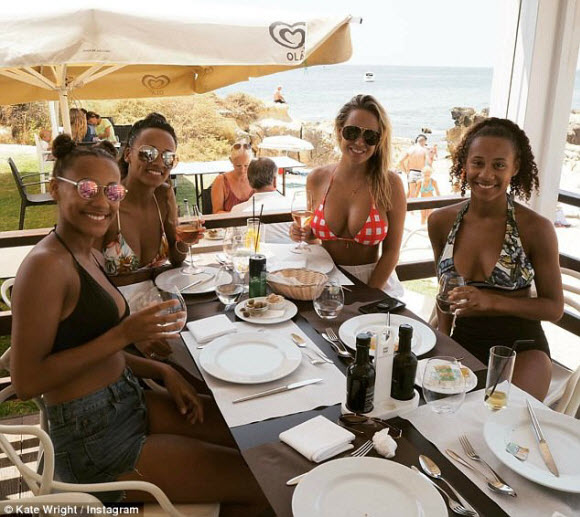 The footballer added a caption on the shot reading: ‘Decent day with the fam’, alongside a heart emoji in a happy nod to the state of their relationship.

Kate has been enjoying a break with the former Manchester United footballer in Portugal after officially confirming their romance.

And a smitten Kate looked as if her relationship was going from strength to strength as she joined her beau’s half sisters for an alfresco lunch on Tuesday – yet remained hesitant to share as snap with Rio. 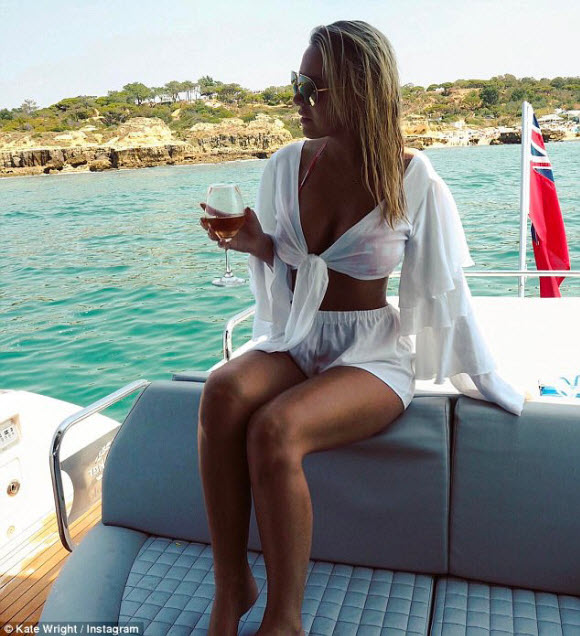 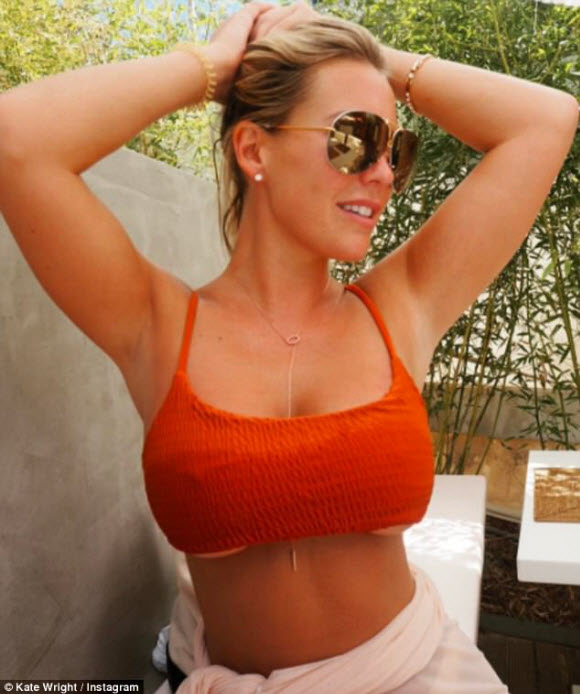