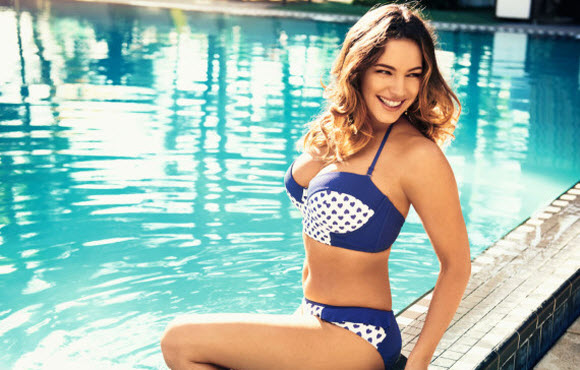 Kelly Brook surprised her fans yesterday when she shared a very sexy snap of herself on Instagram.

The Kelly Brook Instagram shot saw the 38-year-old completely starkers as she posed behind a luxurious festive curtain.

The brunette managed to cover her modest, however she did put her pert booty on show though as she smouldered at the camera. 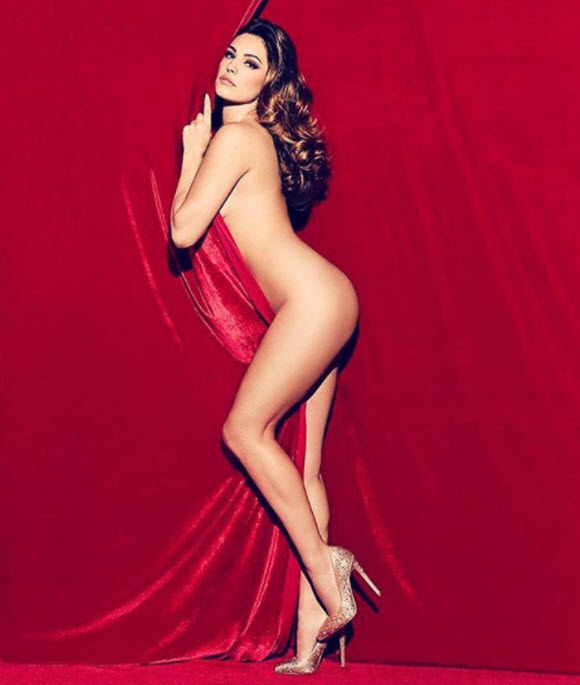 The only thing Kelly was wearing was a pair of killer gold stilettos, which lengthened her shapely pins.

Kelly teamed her flesh-flashing with a bombshell curled hairstyle.

One replied: “Santa will be happy to meet you.”

While another quipped: “You look like you have been naughty.”

A third cheekily asked: “Can I be Santa?” 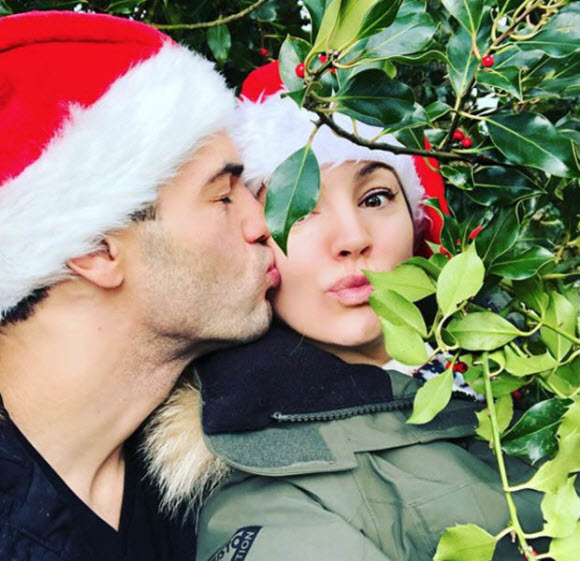 Kelly was seen pouting into the camera as the hunky Frenchman planted a kiss on her cheek as they stood under mistletoe.

She recently admitted on an episode of Celebrity Juice that she wants to marry Jeremy soon, after dating him for two and a half years. 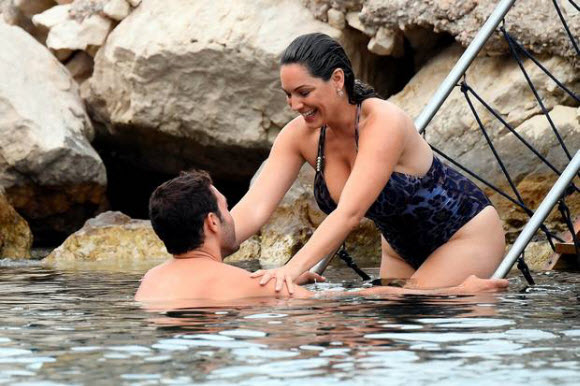 We’re sure many hearts will be breaking after hearing that news.