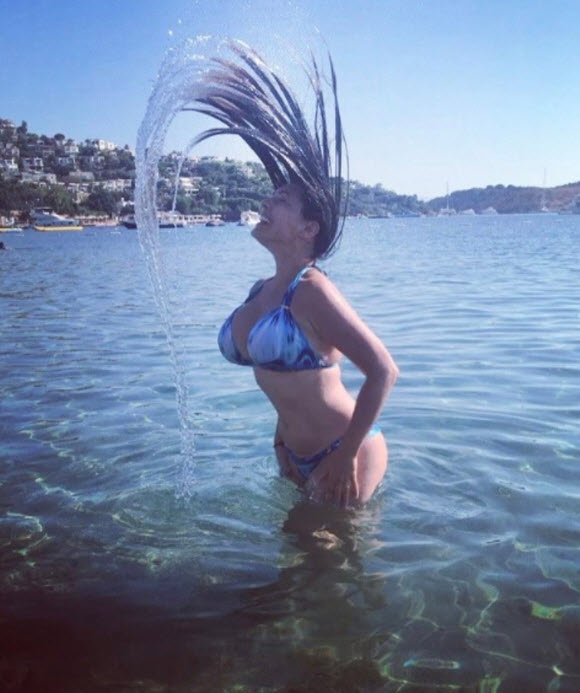 Kelly Brook has been sending social media into a frenzy recently with an array of seriously sexy snaps .

Flaunting her voluptuous behind for the camera in a thong-style swimsuit, she ensured that her killer curves were impossible to miss against the backdrop of a pretty seaside scene. 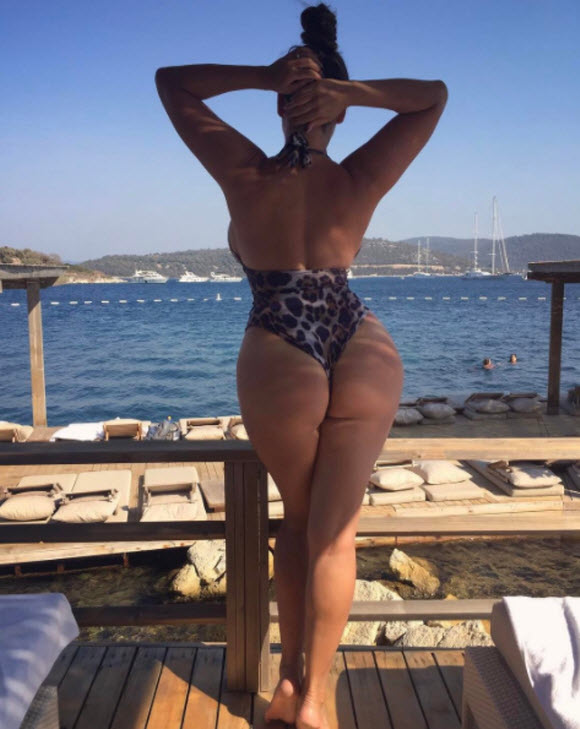 Earlier today, she drove her followers wild as she stripped down to a plunging blue bikini for a dip in an idyllic ocean.

Flipping her hair back in one sexy motion, Kelly thrust her ample bosom forwards, accentuating her large bust as she beamed for the jaw-dropping picture.

Her killer hourglass curves were impossible to miss as the model turned side-on to the camera, flaunting her peachy behind and enviably toned midriff.

Kelly’s 735,000 Instagram followers certainly felt the heat of the smoking upload, with one commenting: “That body… Hotter than July.”

“Stunning darling,” another added, while a third gushed: “You are the Greek Goddess Aphrodite!”

Many others made observations about the size of her chest, while one even called her a “Bond Girl”.

Kelly has been enjoying a relaxing, detoxifying break in the Mediterranean over the past week, and hasn’t been shy about sharing glimpses of the breathtaking scenery as well as her stunning figure. 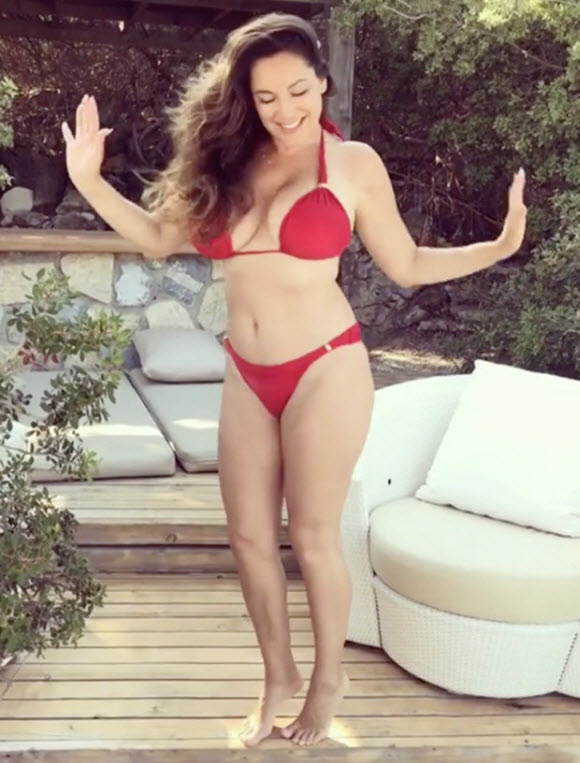 Earlier his week, she sent temperatures soaring when she jiggled her assets in a super saucy clip as she celebrated her new calendar.

Pouring her curvaceous frame into a barely-there red two-piece, she swayed her hips from side to side and wiggled her chest for the camera, wearing her chocolate locks in bouncing waves which cascaded loose over her shoulders.