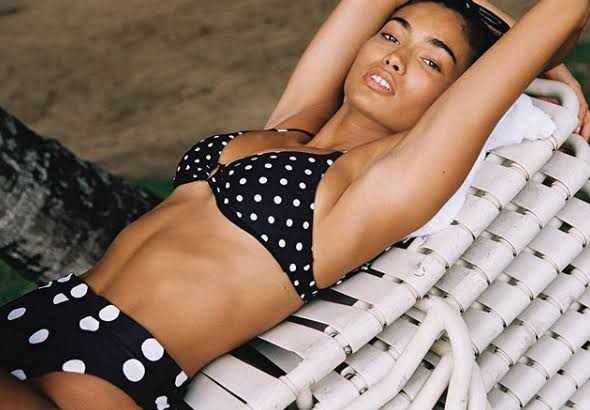 Victoria’s Secret model Kelly Gale recently took to her Instagram page and treated her 1.2 million followers to a very hot bikini picture, one where she left little to the viewers’ imagination.

In the snap, the 24-year-old model could be seen rocking a barely-there, colorful string bikini that allowed her to show off plenty of skin. The model turned her back toward the camera to strike a pose and, in the process, she put her pert derriere on full display. The move did her nothing but favors as fans fell in love with the sheer display of skin as indicated in the comments section.

Kelly’s minuscule bikini not only enabled her to show off her booty, but she also flaunted her well-toned legs and smooth back.

Staying true to her signature style, Kelly opted for minimal makeup to keep it simple, yet sexy. The application included a slick of nude lipstick and defined eyebrows. The hottie accessorized with drop earrings and wore her brunette tresses in soft, romantic curls that she allowed to cascade over her back.

The snap was captured in a boat as the beautiful backdrop of the sea could also be seen in the photograph. Kelly stood next to a counter, holding a glass in her hands.

According to the caption, the snap was captured in Rottnest Island in Western Australia . Kelly, however, did not write anything in the caption and just used the water wave emoji. 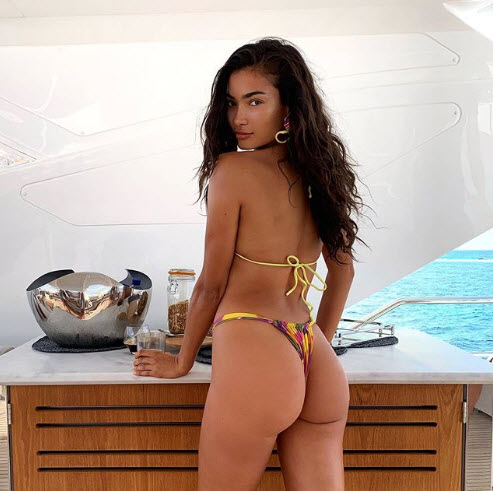 Within less than 30 minutes of going live, the sultry snap racked up more than 17,000 likes and close to 200 comments. Kelly’s fans can never get enough of her sexy pictures and they eagerly wait for her to post new ones every week.

“Wow, you have a super athletic body,” one of her fans commented on the picture.

“Oh God ! You are one hell of a beauty. I am SPEECHLESS [to look at that] PERFECT PEACH. What an awesome, sexy and desirable body, just like a goddess,” another fan wrote.

“Damn, that’s so hot and beautiful. Please, be the mother of my children,” a third fan expressed his wishful thinking.