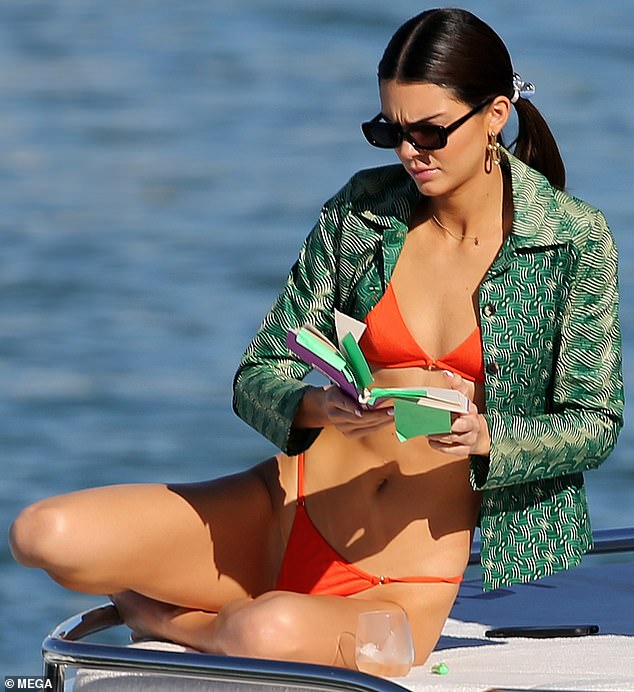 The bright two-piece showed off Kendall’s ultra-toned abs and golden tan as she wore a green geo-patterned button down shirt casually over top. With her brunette hair in a low ponytail, she appeared to be make-up free as she rocked a pretty white manicure and accessorized with a 90s inspired gumball hair tie, black sunglasses and chunky gold earrings! With weather in the high 70s, the day was perfect for an outing the luxe SS Groot boat. 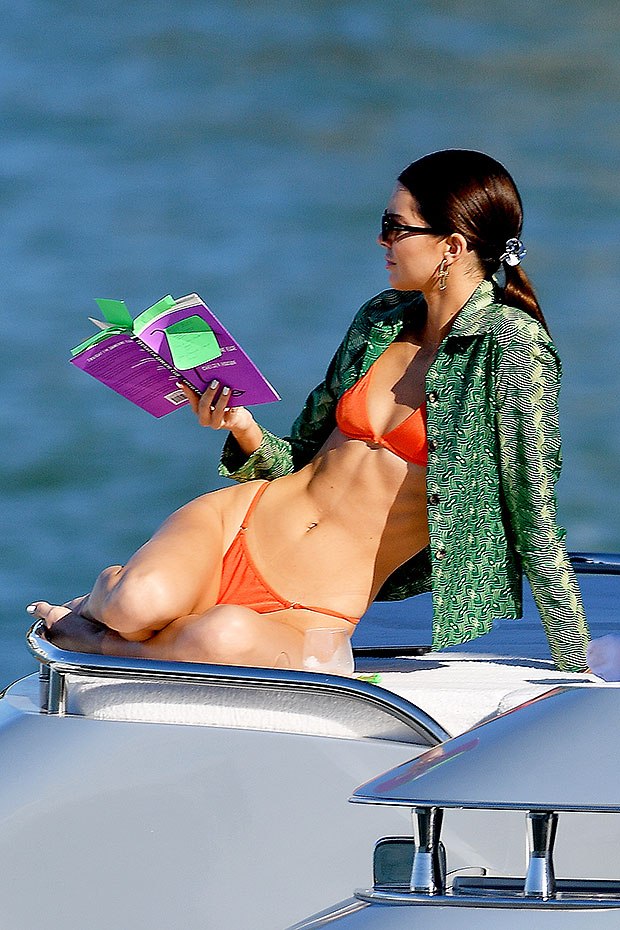 The Keeping Up With The Kardashians star appeared to be enjoying her downtime with a little reading, and was spotted holding Tonight I’m Someone Else: Essays by author Chelsea Hodson. With it’s unmistakable purple cover, the 2018 book is a collection of personal essays described as the author attempting to “examine where the physical and the proprietary collide” — delving into her many colored experiences from modeling to a deadly game of Russian roulette and even working with NASA. Kendall appeared to be deeply into the book with several dark green post-it notes marking various pages, though did take a break to look up and enjoy the gorgeous scenery. 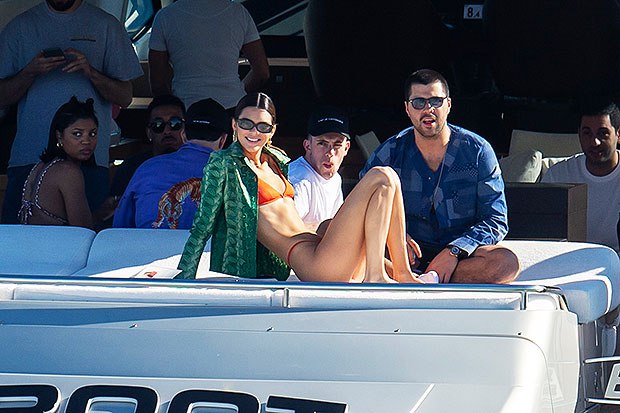 Kendall is currently in Miami for the three-day Art Basel, which is one of three annual international art fairs. Over the years, the event has evolved to be somewhat of a fashion week or a festival, with brands hosting swanky soirees attended by A-List celebrities.

Kendall is no exception, and was out-and-about with BFFs Bella Hadid, 22, and Joan Smalls, 31 on Dec. 4! Kendall and Joan were seen getting pretty close in a photo from that night, as the pair appeared to be grinding on each other for a super steamy pic that featured only their bodies and not their faces. Bella — who possibly took the pic — liked the pic and wrote, “row that boat!” 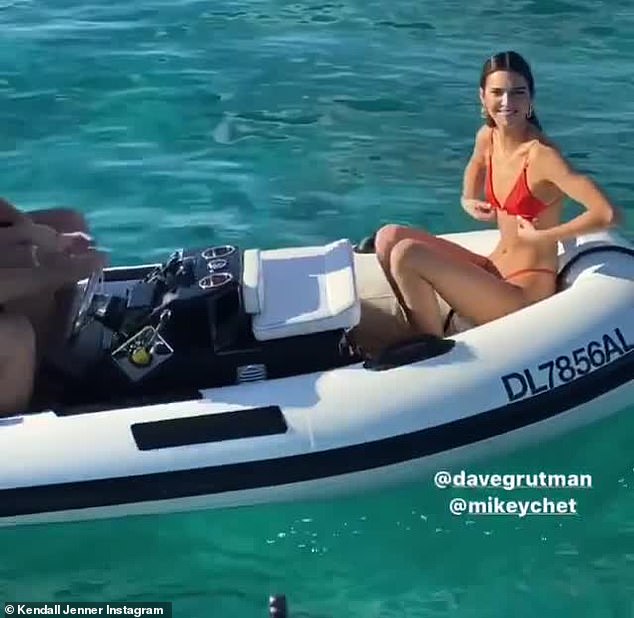 The Stuart Weitzman model turned heads again as she stepped out for dinner with Bella at The Setai Miami Beach in a strapless snakeskin corset Nicolas Lecourt Mansion Bustier Top and skintight leather pants on Dec. 5! Her Yeezy PVC Wedge Thong Sandals completed the look, and gave us some serious Kim Kardashian vibes. Speaking of Kendall’s older sister, Kim and Kourtney Kardashian are also in town for the Basel, hitting various parties — including Dior’s Mens Show on Dec. 3.