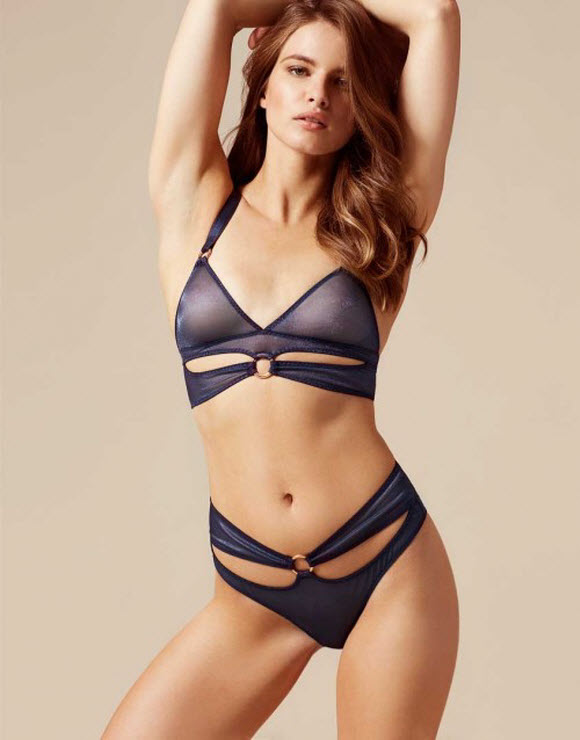 Originally known for appearing in the E! reality television show Keeping Up with the Kardashians, Jenner is now also a model in a movement dubbed “the Instagirl era” by Vogue magazine, or “Social Media Modeling” by Harper’s Bazaar, where models are chosen for their online presence and social media following.

After working in commercial print ad campaigns and photoshoots, Jenner had breakout seasons in 2014 and 2015, walking the runways for high fashion designers during the New York, Milan, and Paris Fashion Weeks. Jenner has done multiple editorials and cover shoots for LOVE and various international Vogue editions, walked for Victoria’s Secret, and acts as brand ambassador for Estée Lauder’smultimedia ad campaigns. Jenner made her debut at No. 16 on Forbes magazine’s 2015 list of top earning models, with an estimated annual income of US$4 million. As of April 2017, she is one of the top 15 most followed celebrities on Instagram.

Jenner was raised with her sister and maternal half-siblings in Calabasas, an upscale suburb west of Los Angeles. Jenner attended Sierra Canyon School before switching to homeschooling in order to pursue modeling. She graduated in 2014.

Jenner began modeling at age 14 when Wilhelmina Models signed her on July 12, 2009. Cinematographer Nick Saglimbeni directed the photoshoot for Jenner’s Wilhelmina portfolio.  Jenner’s first modeling job was the Rocker Babes with a Twist campaign for Forever 21 in December 2009 and January 2010. Jenner featured in a Teen Vogue Snapshot on April 19, 2010. In September 2011, Jenner walked for Sherri Hill during Mercedes-Benz Fashion Week. By the end of 2012, Jenner had covers on American Cheerleader,Teen Prom, Looks, Raine, GenLux, Lovecat, and Flavour Magazine.and booked campaigns for White Sands Australia, Leah Madden, and Agua Bendita.

In November 2012, Jenner teamed with Victoria’s Secret photographer Russell James for editorial work and joint projects. Over the course of 2013 and 2014, their work together surfaced in Kurv, Miss Vogue Australia, and Harper’s Bazaar Arabia.Jenner featured in James’ Nomad Two Worlds: Australia book launches in Sydney and Los Angeles. Jenner’s editorial work with James and Adam Franzino signaled a change of direction to high fashion, and Jenner signed with The Society Management on November 21, 2013.

In September 2015, each of the Jenner and Kardashian sisters released paid subscription mobile app websites in collaboration with Whalerock Industries. Jenner’s website was nominated for an International Academy of Digital Arts and Sciences 2016 Webby Award in April of that year. The Jenner sisters partnered with Glu Mobile to develop an app spinoff of Kim Kardashian: Hollywood; the Kendall and Kylie app launched February 17, 2016.

In 2016, Jenner began a career as a photographer, her first published work was photographing and styling Kaia Gerber, daughter of iconic supermodel Cindy Crawford, for the sixteenth anniversary issue of LOVE.

On February 10, 2016, lawyers representing Jenner Inc. filed a $10 million lawsuit against esthetic medical company Cutera at the United States District Court for the Central District of California. Jenner’s legal team objected to the company using her brand without authorization. Cutera had featured Jenner in ad campaigns for its Laser Genesis acne treatment. In May 2016, Jenner’s attorneys dropped the charges.

In June 2017, Kendall and her sister, Kylie, launched a line of “vintage” t-shirts on their website for their lifestyle brand, Kendall + Kylie. The shirts retailed at $125 and featured logos or images of famous musicians or bands (Tupac Shakur, The Doors, Metallica, Pink Floyd, and The Notorious B.I.G.) with bright images or logos associated with the Jenners superimposed over them. The shirts were met with criticism from the public, as well as several cease and desist letters from the estates of the musicians and artists that were featured without permission. The photographer whose portrait of Tupac Shakur was used has since sued the Jenner sisters for copyright infringement. The sisters pulled the shirts from their website and issued a joint apology, “to anyone that has been upset and/or offended, especially to the families of the artists.”

Jenner began her reality television career in 2007 as a supporting actor in her stepfamily’s E! program Keeping Up with the Kardashians and its subsequent related spinoffs Kourtney and Khloé Take Miami, Kourtney and Kim Take New York, and Khloé & Lamar. In 2010, Jenner was cast in boy band One Call’s Blacklight video along with Ashley Benson and Kevin McHale. In 2012, Jenner appeared as AJ on the I Ka Wa Mamua episode of Hawaii Five-0. Jenner did voiceover for the character Strawberry in The High Fructose Adventures of Annoying Orange episode Shakesparagus Speare, which aired on January 20, 2014. In August 2014, Jenner appeared in singer PartyNextDoor’s video Recognizewith sister Kylie Jenner and rapper Drake.

Jenner will make a cameo appearance in Ocean’s Eight set for release on June 8, 2018.

Seventeen magazine featured Kendall and Kylie Jenner as Style Stars of 2011 and selected them as “Style Ambassadors” for the magazine. In 2014, the Jenner sisters co-authored novel Rebels: City of Indra with ghostwriter Maya Sloan. On May 24, 2016, the Regan Arts division of Phaidon Press announced that the Jenner sisters, Elizabeth Killmond-Roman, and Katherine Killmond created Time Of The Twins as a sequel to Rebels: City Of Indra. to be released November 15, 2016.

Jenner was named as one of People magazine’s 50 most beautiful people in the world on April 9, 2014. Time magazine named the Jenner sisters as two of the 30 Most Influential Teens, once in 2014  and again in 2015. On December 16, 2014, Google named Jenner as the second most Googled model in the world. Jenner debuted at No. 2 on FHM’s annual 100 Sexiest Women in the World list at the end of April 2015. Tumblr named Jenner as its most reblogged model for 2015.

Jenner’s rapid career ascent led Dazed magazine’s editors to rank her top creative to watch out for in 2015 on their annual Dazed 100 list, Jenner collaborated with the editors on a Mean Girls-inspired “Burn Book” parody, which responded to her online bullies and industry detractors. The video was later shortlisted on September 22, 2015 for the International Academy of Digital Arts and Sciences’ annual Lovie Awards in the Internet Viral Video category;

The rapid ascension of the Instagirls has accelerated a decade-long reassessment of the interaction between fashion and mass consumption. Jenner’s adeptness at connecting with Millennials online has given her access to a large demographic market, with the ability to segment her fanbase and find ideal clients. Designer Sally LaPorte claimed Jenner’s approval of her line helped the designer key into the particulars of her ideal buyers. Former Calvin Klein Women’s Creative Director Francisco Costa praised Jenner’s social cachet: “Her social media reach is just incredible […] As a house, you become part of the culture by embracing someone like her.” Jenner’s ongoing participation in Calvin Klein promotions have proven to be profitable, as parent company the Phillips-Van Heusen Corporation announced a 13% increase in Net Sales over the previous year’s 1st quarter on May 26, 2016, with the financials also indicating a 10.5% increase in Revenue As Reported over the previous year’s quarter, and a 20.1% increase in Constant Currency Earnings before Interest and Taxes over the previous year’s quarter. According to CEO Emanuel Chirico, increased earnings reflect restructuring of the company’s global creative strategy for Calvin Klein and its associated #MyCalvins ad campaigns.

Other brands have adapted in unique ways to the impact of high-profile influencers on their promotional efforts. Dear Frances footwear brand creative Jane Frances engineered an open-door branding strategy in such a way that her brand is able to successfully do promotional work either with or without influencer input.  European ice cream company Magnum moved aggressively into online branding initiatives by featuring Suki Waterhouse and Jenner  as company spokesmodels.

In the midst of these changes, tech entrepreneur Frank Spadafora designed his company’s D’Marie app as a fashion industry-specific Q Score alternative in order to effectly measure the monetary imprint fashion influencers and brand ambassadors are able to attain. The app’s deployment worked to Jenner’s advantage; she ranked as D’Marie’s #1 fashion influencer across all categories as of February 19, 2016,with the ability to earn between US$125,000 and US$300,000 for a single update to her social media platforms.

Jenner was at the center of public scrutiny in April 2017 after starring in a commercial for Pepsi called “Live for Now”. The commercial cast her in a role in which she used the beverage to make peace between police officers and protesters. This ad was criticized for borrowing imagery from the Black Lives Matter movement and trivializing the protests against police brutality, particularly as it affects African Americans. Pepsi pulled the ad within a day, and apologized to Jenner for “putting [her] in this position.” She was reportedly “devastated” by the ad, although she “had the right to approve the ad before it was released”. According to the same source, Jenner’s contract with Pepsi prohibited her from commenting on the fallout.

In May 2014, Jenner purchased a two-bedroom, 2.5-bath condominium in Los Angeles for US$1.4 million. Jenner acquired a US$100,000 Chevrolet Corvette as a 20th birthday present in November 2015. Jenner prefers not to comment to the media regarding her love life. Jenner has said on her blog that she has a shy personality and wrote on her app, “I 100 percent identify as Christian.”

Jenner set up an eBay account where she auctions old clothing to raise money for the Children’s Hospital Los Angeles. The Kardashian and Jenner sisters used eBay in this way to raise money for their charities in 2013. Jenner joined her family in a charity yard sale on November 10, 2013. Proceeds from the sale were donation-matched and sent to Share Our Strength: No Kid Hungry and the Greater Los Angeles Fisher House Foundation. Jenner and Kim Kardashian attended a Christmas Eve visit with the kids at Children’s Hospital Los Angeles on Tuesday December 24, 2013. Jenner joined Khloe Kardashian, Lil Twist, and The Game at PINZ bowling alley in Studio City, California for a charity bowling game on January 19, 2014. The event was held to raise money for The Robin Hood Foundation, a nonprofit for which The Game pledged to raise $1 million USD in donations. The Jenner sisters participated in singer Chris Brown’s two Kick’n It For Charity Celebrity Kickball games in Glendale, California on July 19, 2014 and on August 16, 2014. Jenner, Ansel Elgort, Gigi Hadid, and Jenner’s agent Ashleah Gonzales encountered unhoused model/actor John Economou in Venice Beach during a fashion shoot on January 31, 2015, a meeting which led to Economou being signed to a Two Management contract by company president Luc Brinker. On February 14, 2015, Jenner appeared at Marc Jacobs’ Bookmarc store in New York City for the launch of LOVE issue 13. Jenner posed in a limited-edition T-shirt sale to raise proceeds for Designers Against AIDS.