Kylie Jenner’s Sexy Bikini Photos She Shared With A Caption Urging People To Vote Led To A 1500% Increase In Traffic To Vote.org 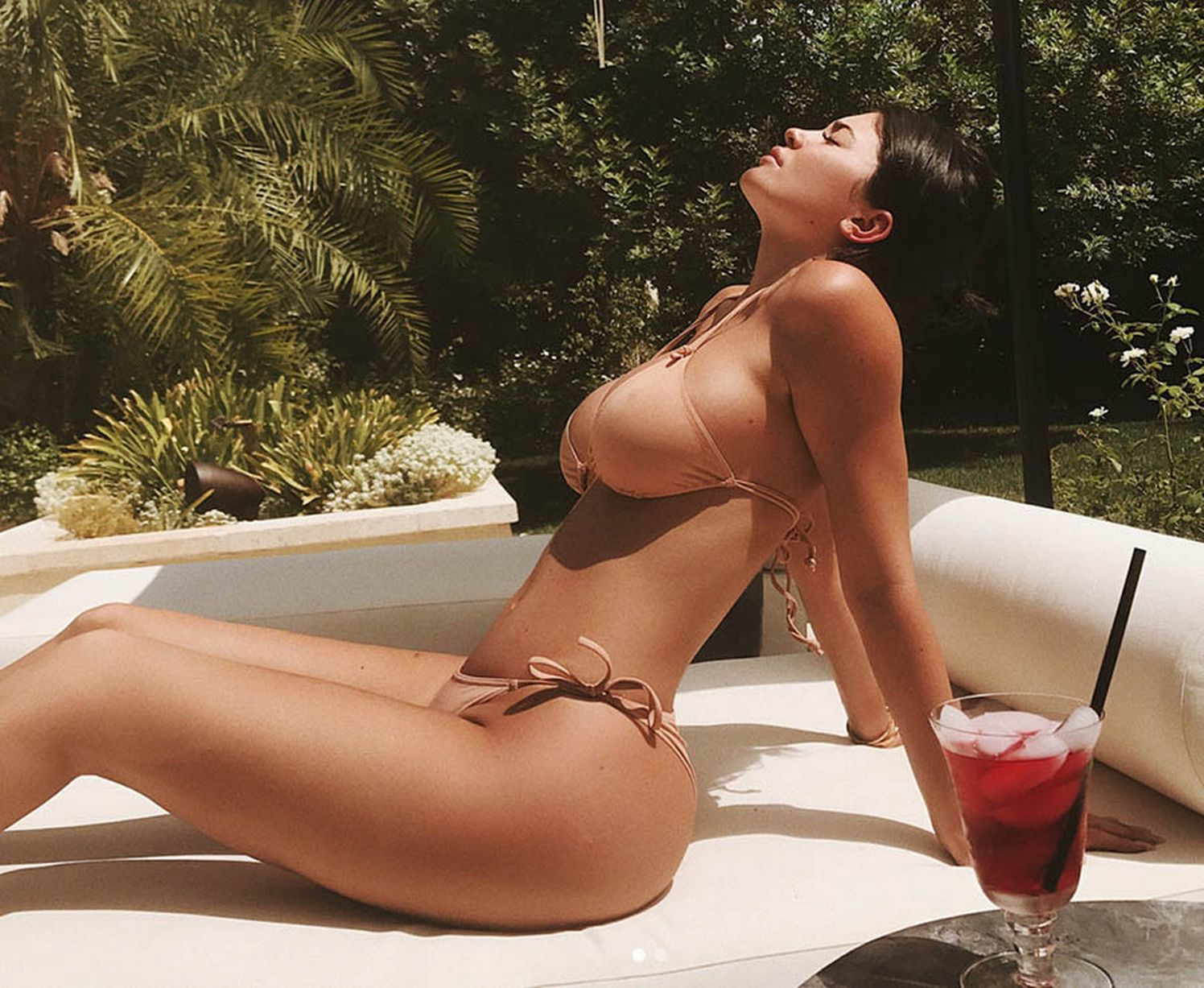 Kylie Jenner shared a sultry selfie with a caption urging people to register to vote and also to actually vote.

And hours after posting the sultry snaps with the call to action, Kylie Jenner revealed Vote.org saw a 1500% increase in traffic to the site.

The 22-year-old star, who has 196 million followers on Instagram, led to almost 50,000 potential new registered voters – due to her caption on her bikini photo, according to TMZ. 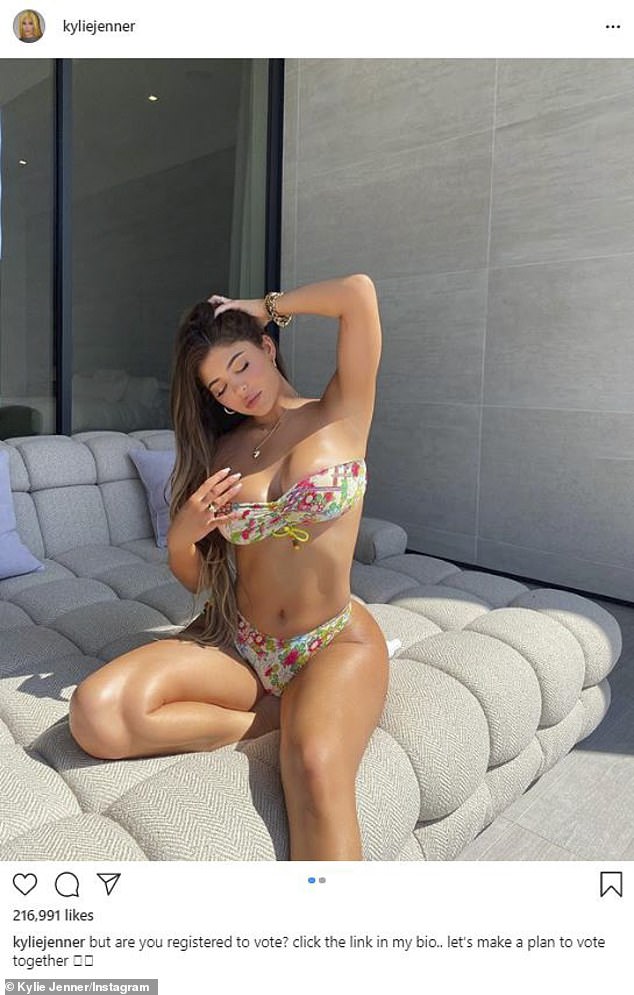 On Tuesday morning, Kylie shared one snap of herself in the colorful bandeau bikini in her backyard, writing: ‘7th day of fall.’

Soon after, the mother of one shared a second post – this time a slideshow of two photos featuring two images in the same bikini.

One image featured Kylie with one hand in her long hair and the other resting on her torso, with the second image her hands on her lounging couch while she faced the window of her home. 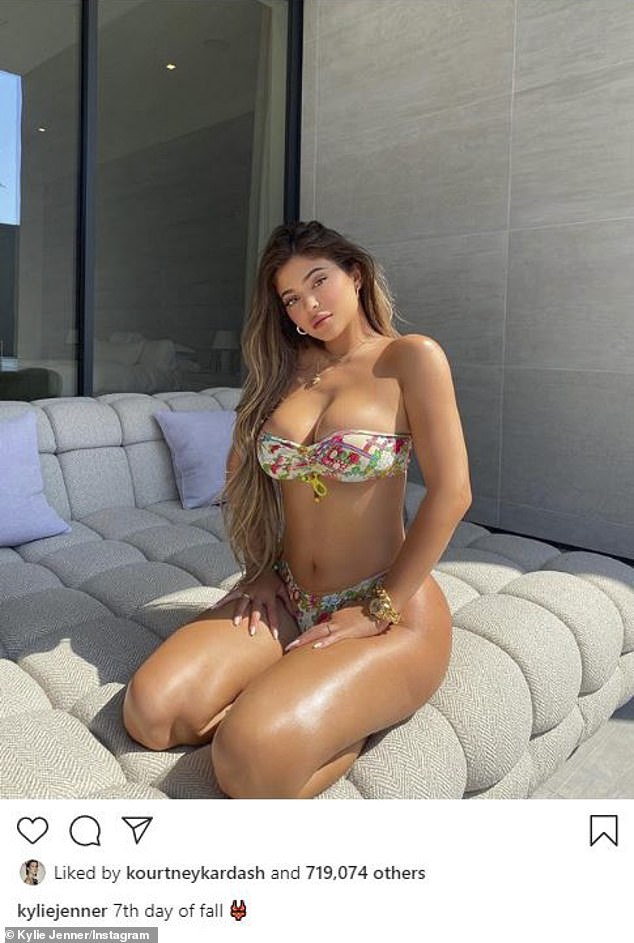 Kylie captioned the image with: ‘But are you registered to vote? Click the link in my bio.. let’s make a plan to vote together.’

Her bio has the link www.vote.org/am-registered-to-vote ; once you click on the link you can check if you are registered to vote, which takes just 30 seconds to do. If not, a person can easily register to vote through the site. 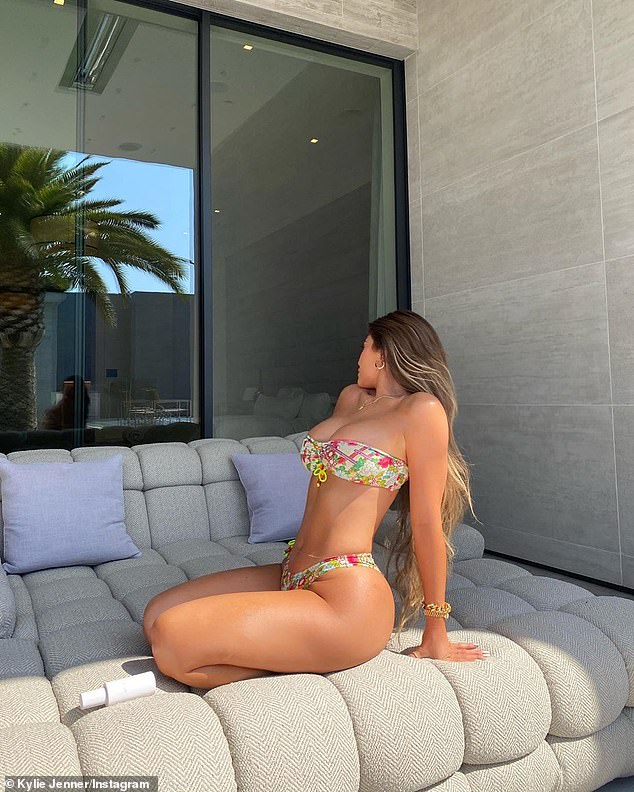 Hours later, Kylie shared a text message she received at 3:53 pm to her stories, although not clarifying who sent it.

The text message read: ‘After you posted the Voting information, vote.org saw a 1500% increase in traffic to the site. Unheard of. Power,’ adding a bursting star emoji.

The 1500% increase in traffic to vote.org translated to almost 50,000 new registered voters, according to TMZ.

One day prior to Kylie’s call to action to register, Vote.org saw an 80% increase in uses registering and verifying they are registered, the outlet reported.

According to TMZ, 48,000 users went to Voter.org through Kylie’s Instagram page on Tuesday.

On Sunday, 2,900 users used the same voter registration verification tool on Sunday out of 174,000 users, per the outlet.

In addition, one million people have already cast their ballots for this year’s election while four years prior less than 10,000 submitted their vote early, TMZ noted, adding that 138 million out of 328 million voted in the 2016 election.

The bikini post with the call to action was not the only thing she’s done to get people registered and voting.

The star also shared an Instagram story earlier this week reminding her followers to vote and ‘make our voices heard’ .