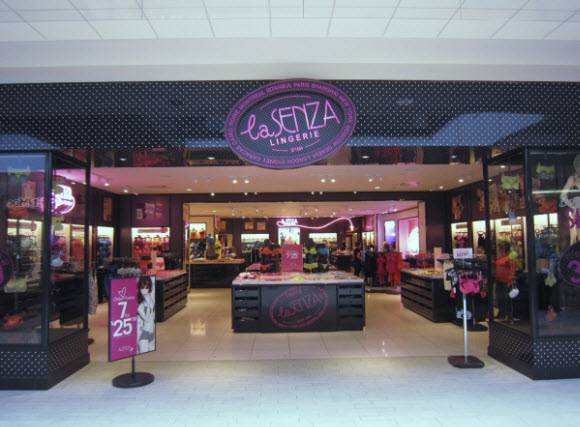 L Brands will open two locations of its Canadian lingerie brand, La Senza, in Columbus in the fall.

Martin Waters, president of international operations at the Columbus-based retailer, announced in February that five La Senza stores would open in the United States as part of an experiment to see how customers react to the Canadian chain.

The other three stores will be located in the Chicago area, officials said.

The store at Easton will be in the location formerly occupied by Max & Erma’s in the Easton Station building. The restaurant abruptly shut down in February, around the same time that L Brands announced that it was going to open the experimental La Senza stores.

The store at Polaris will be located on the lower level, across the concourse from Altar’d State, directly next to the remodeled Coach store. The store is slated to open Sept. 12.

It is at least the second time that L Brands has planned to open La Senza stores south of the border. In 2013, L Brands announced plans to open as many as six stores in the U.S. market, but a year later dropped those plans after a downturn in La Senza’s business.