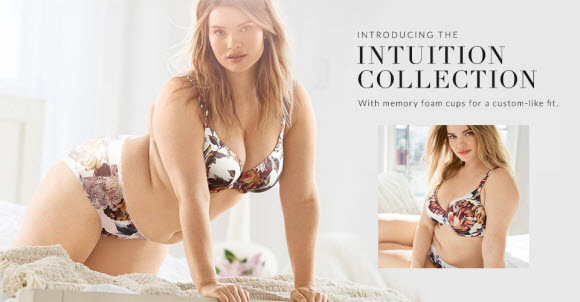 Talk about a body positive step in the right direction.

After catching heat on their past body positive campaigns #PlusisEqual and #ImNoAngel, Lane Bryant is apparently still not willing to give up in trying to offer more body positivity in their campaigns.

Their latest lingerie campaign promoting their new Intuition lingerie collection shows plus model Tara Lynn looking seductive in a bra and panty set where her visible belly and side rolls are not photoshopped.

Obviously the image has been tweaked. However, in a time where retailers are photoshopping models to look thinner (in some instances, while wearing a fat suit to give them more rounded curves), this is a body positive win in our eyes.

Lane Bryant is definitely pushing the envelope on their part with this as they have been known to use thinner models in the past. We see the difference in their product imagery as well. For example, plus model Riley Ticotin, who is frequently used on their site, looks different. 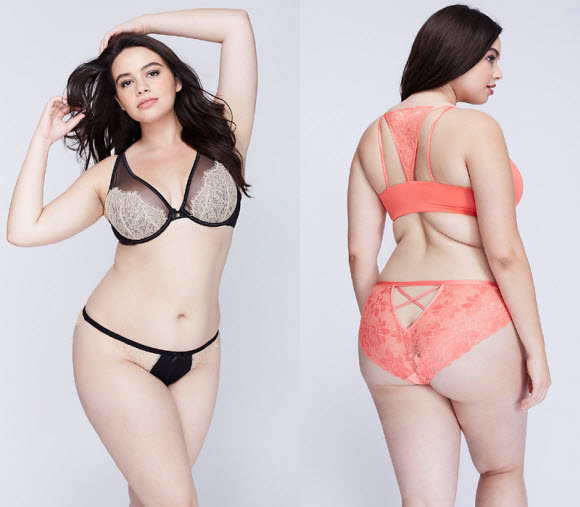 On the left, it’s obvious she has been photoshopped to look thinner and her rolls are erased. On the right, her rolls are visible and she doesn’t look as thin as in the photo on the left.

The photo on the right is what we’d like to more of and has us at the PMM offices swooning. Think about it, if Lane Bryant is now becoming open to using less photoshop and not altering models’ bodies, there is a possibility that they will become more open to showing more size diversity in their models in the future.

Some of you may say it’s not enough but the positive take from this is that Lane Bryant is still trying to show body positivity and has not given up, despite all the flack they have received last year. That in itself is a win in our book.

What do you think of the stunning image of Tara Comment below and let us know!