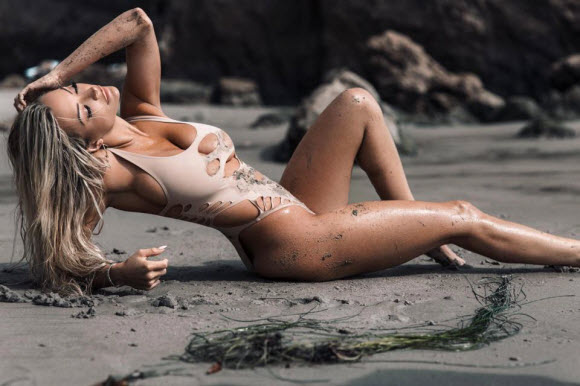 Busty Lindsey Pelas says she’ll never reduce her natural 30HH boobs – despite suffering with back pain “all the time”.

The 26-year-old model and ex-girlfriend of Calum Best, who lives in Los Angeles, believes she would be “crazy” to give up her breasts, which weigh a staggering 11 pounds each.

“Anyone with boobs like mine who had a reduction would be crazy. They’re dream boobs; I’d never give them up,” she exclusively told The Sun Online.

“When I was 11 I would stuff my bra and pray for big boobs, as a kid I was obsessed with it. They were my biggest wish. There’s no way I’d change my body.”

In August, Lindsey took to Instagram and told her seven million fans how she has to “smile through the pain” when posing for sexy photographs.

“I suffer with back pain all the time,” she said. “I met with a doctor but he’s not sure exactly what causes it, which is strange. I almost never wear a bra; I just wear clothes that fit better.” 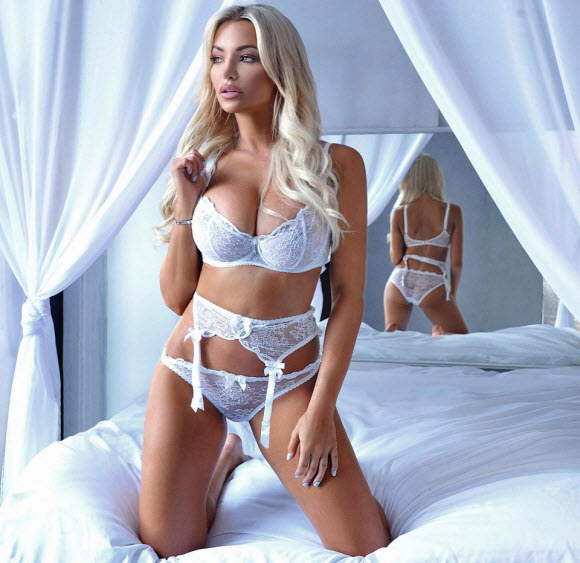 Lindsey is set to launch her 2018 calendar titled Nearly Naked – which, as the name suggests, shows her in an array of barely-there outfits.

“I wanted the theme to be naked. You can’t actually see anything but its implied and risqué,” she said. “I’ve always felt really comfortable with how I look and its fun.”

One sultry image shows her posing on a double bed in a white lace push-up bra and suspenders, while another sees her rolling around on the sand in a daring cut-out swimsuit.

“Women should be allowed to do whatever they want, especially when it comes to their own bodies,” she said.

“When it comes to women I think people are learning; you can’t treat women like s**t online.

“This guy wrote something nasty so I tweeted his college. He deleted his whole Twitter. It was so satisfying.” 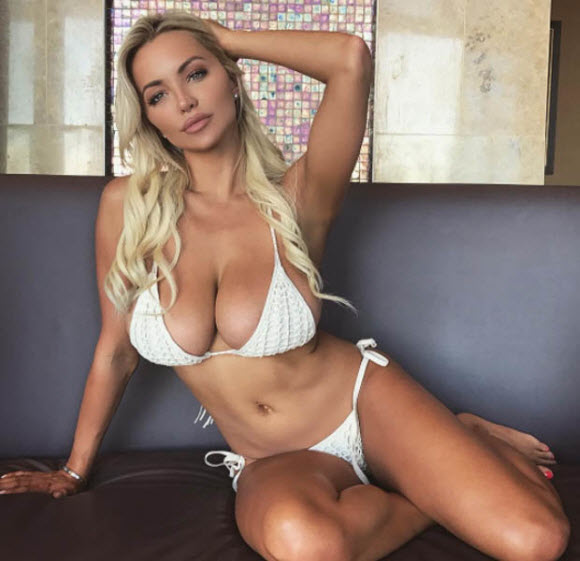 Lindsey moved from Louisiana to Los Angeles three years ago. She’s been hailed the “hottest woman in the world” by GQ and Maxim, as well as starring in shoots for Playboy.

It was at the Playboy Mansion’s Halloween bash where she met Dan Bilzerian, the professional poker player and Instagram party king.

“We stay in touch. He’s kind of relaxed a little bit. He’s worked on his businesses and kept out of the public eye a little bit more. He’s really fun,” she said.

Lindsey says Dan’s famous parties are “crazier” than his social media profile suggests, adding: “You would never think these kind of parties happen. There’s topless mermaids in the pool, he’d have all these celebrities there and they’d be living their life… it was insane.”

Lindsey made headlines in the UK after hooking up with Calum Best, but the pair split earlier this year. 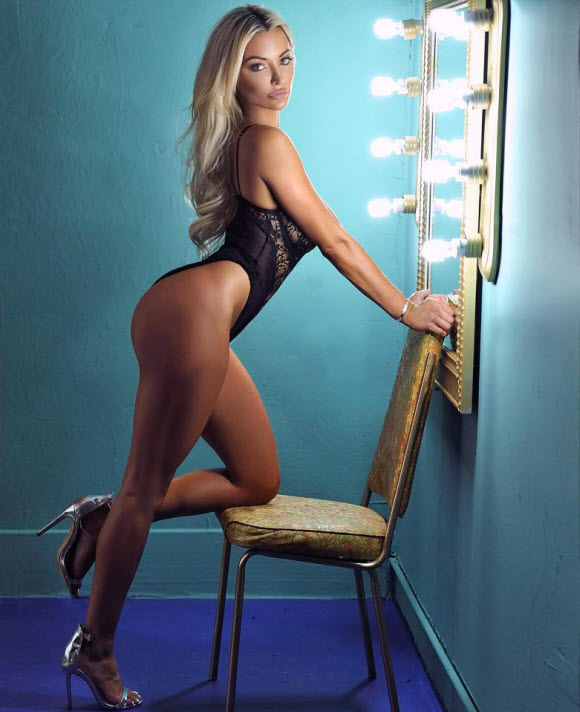 “I’m still in contact with him every now and then,” she said. “I accidentally dialled him on my phone the other day and I felt so bad. Every ex says that, but I really did” He always asks how I am and checks up on me. Super sweet, we’re good.”

She admits she’d love to follow in her ex’s footsteps and appear on Celebrity Big Brother.

“I would love to do it! It’s so funny; it’s so much fun to watch. I’m obsessed with it over here in America,” she said.

“People would either love me to hate me. I have no freaking clue. I don’t know if I want to know. I think I’d have a lot of fun. I wouldn’t take any s**t though.”

Lindsey, who has been dating an LA nightclub owner since the Calum split, hits the gym four times a week – doing a mix of Pilates, spin and bootcamp-style workouts – to stay in shape, as well as following a vegan(ish) diet.

“I think I feel more pressure to dress cool. I’m not the cover up type. I’m proud to have an interesting figure. I’m really sassy and I don’t care what people think. Sometimes if it’s too much, I think it’s hilarious. As long as I feel cool I think its okay.”