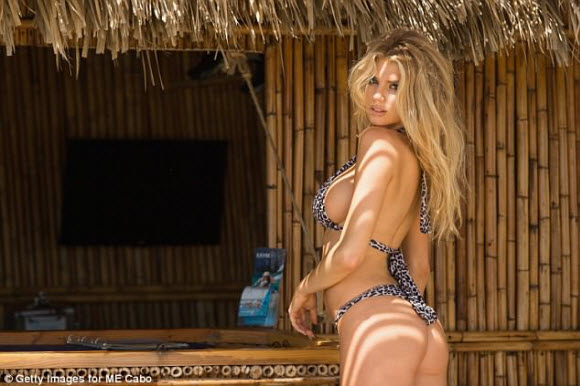 Charlotte McKinney showed just what caught his eye as she enjoyed the ME Cabo resort grand re-opening party with Blue Marlin Ibiza on Sunday.

The American Baywatch star, 24, certainly made a splash as she slipped into a skimpy leopard-print bikini. 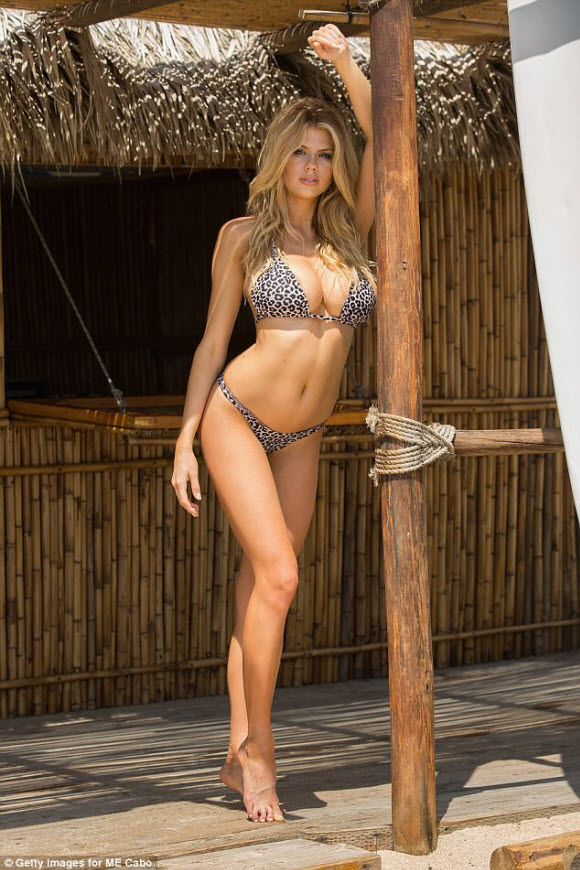 Charlotte, who rose to fame thanks to her incredible curves, slipped them into a skimpy leopard print bikini, putting on a rather eye-popping display.

Making the most of her slender pins, she wore her thong high on her hips, teasing a cheeky glimpse at her perky posterior. 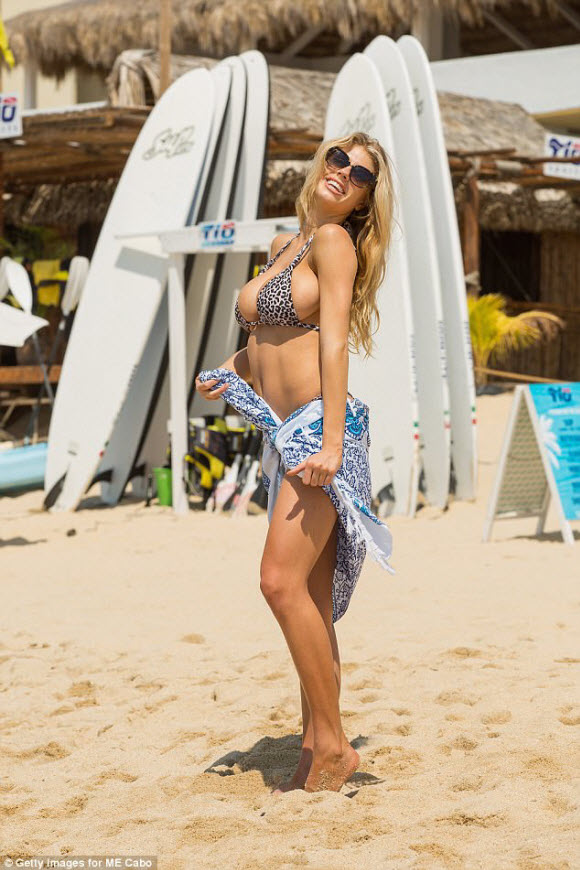 Wearing her golden tresses in loose waves around her face, the model turned actress proved every inch the real life Baywatch babe.

The blonde first rose to prominence in Carl’s Jr’s All Natural Burger commercial in 2015, which was aired during the Superbowl. 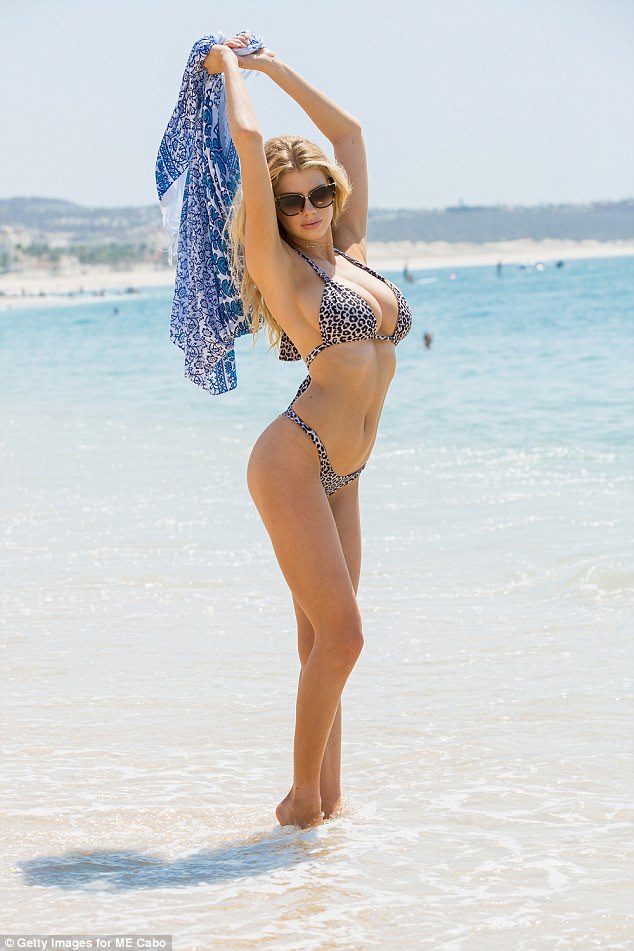 She then continued her rise to fame when she was cast in the film adaptation of Baywatch this year.

Charlotte dated Meghan’s ex Engelson following the end of his two-year marriage to the Suits actress in 2013. 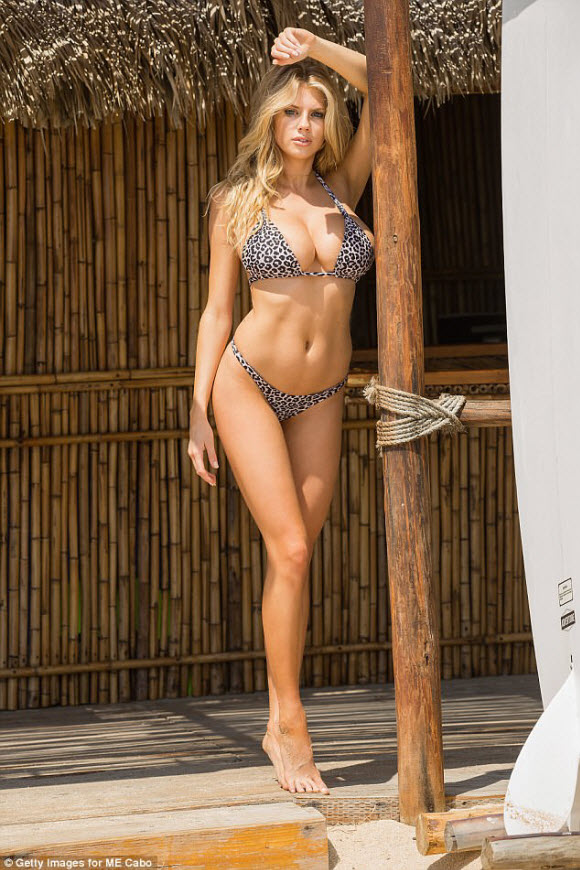 Pictures from 2014 showed the 24-year-old beauty looking besotted with the 41-year-old, who is now in a year-long romance with a dietitian.

After a six-year courtship, Trevor, 41, and Meghan, 36, were married for just two years before filing for divorce citing irreconcilable differences in 2013.

She is now in a relationship with Prince Harry, 33, with the two announcing their engagement last week.