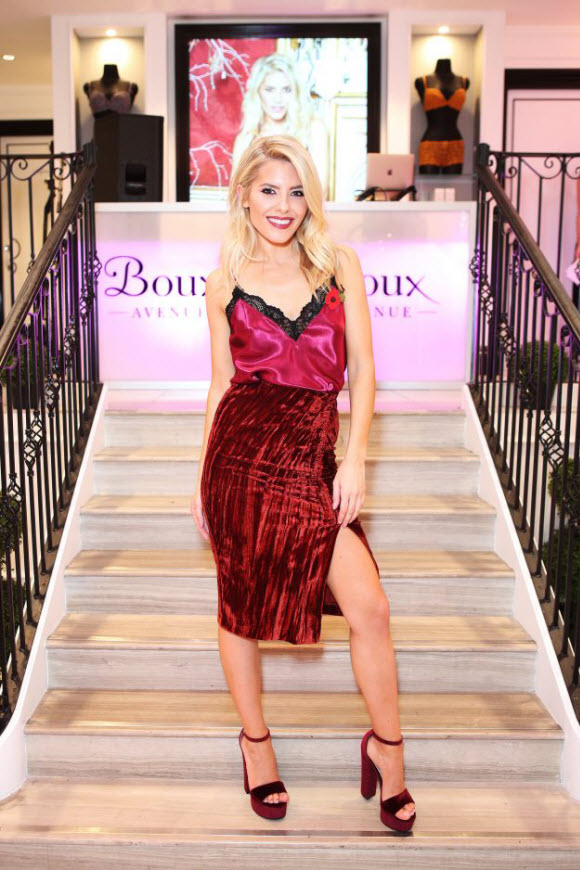 Strictly Come Dancing star Mollie King has given us all an early Christmas present by stripping down to her sexy underwear for her new campaign with Boux Avenue.

The would-be dancer and former Saturdays singer got her kit off to model the new collection by the lingerie brand – and worked it, hard.

Blonde bombshell Mollie wore a gorgeous blue lacy set of lacy knickers with black trim, matching her embroidered bra as she reclined against the wall surrounded by fake snow and a minimalist Christmas tree. 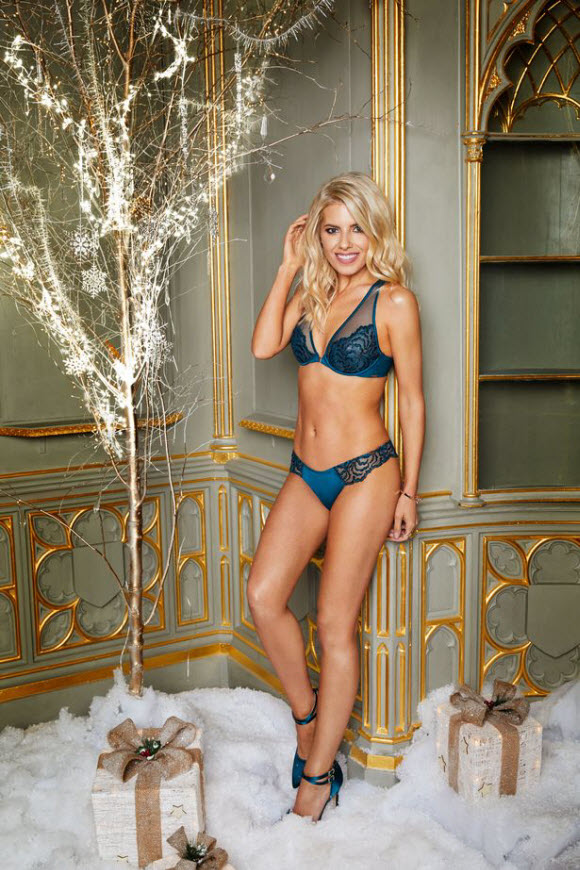 She posed casually in high-heeled shoes and brushed one hand through her flaxen locks as she beamed at the camera.

In another snap, the singer sizzled next to a period fireplace in a set of plum-coloured underwear, with one long leg thrust out a la Angelina Jolie.

The beautiful pictures are sure to catch the eye of her Strictly dance partner AJ Pritchard, who has previously admitted Mollie has “the sexiest bum on the show”.

It came after sources at the Pride Of Britain Awards confirmed to the Mirror that the couple were very cosy, snuggling up to each other at the bar and laughing at each others’ jokes. 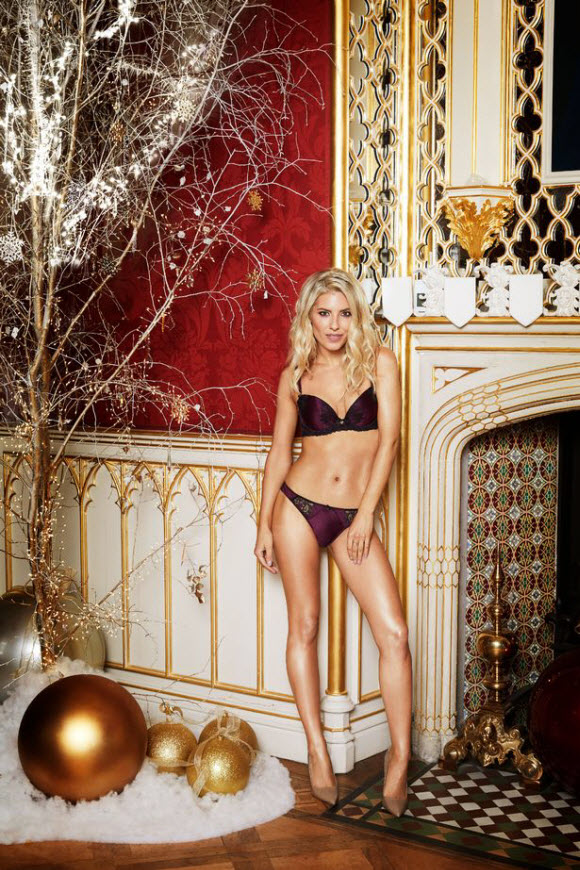 And Mollie has admitted this week that she “loves being in love”, telling Women’s Health: “I literally love being in love. I’m so romantic. I’m such a girly girl.

“I don’t want to be in one of those couples where you feel like, ‘Are we really into each other?’”

Revealing that while she doesn’t “need” somebody, she would “love somebody”, the 30-year-old says she definitely wants kids, but insists she’s not freaking out about the whole thirties thing. 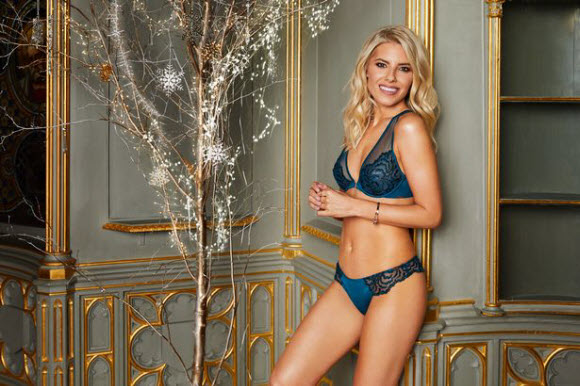 She said: “I watch far too much Sex and the City for that! And they’re all over 30 and having the time of their lives. I’m like, ‘Okay, if Carrie Bradshaw can have that lifestyle, I’ve nothing to worry about.’ I mean, I definitely want children, 100 per cent so I feel that’s probably the only thing that I tie to age.”

The star also opened up about her time on Strictly, revealing show bosses had been asking her to do it for years.

“It was never the right time,” she explained. “But, this is professional dancing. Everyone’s like ‘Oh you’ve got so much experience performing.’ which of course I do, but I’ve never had training. I’ve never been to stage school.”