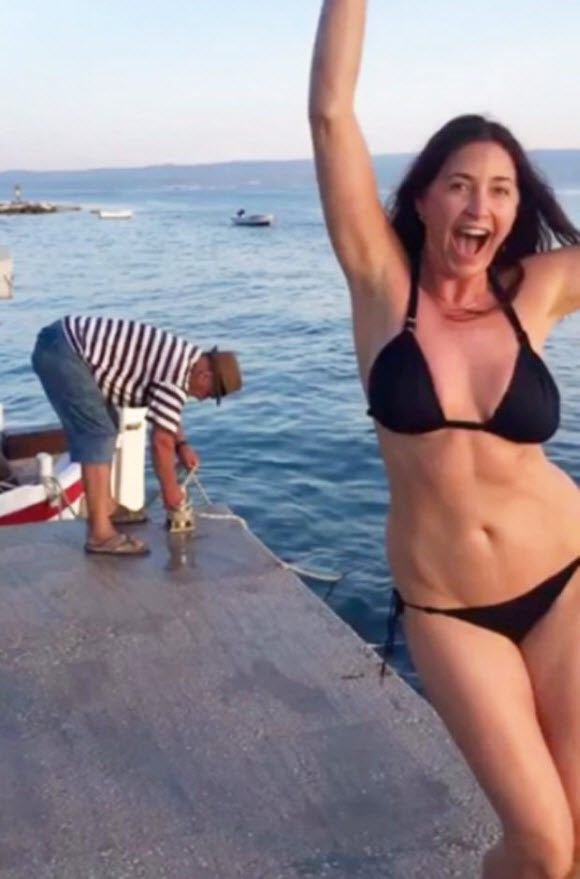 Lisa Snowdon was once a high-flying model, and it’s safe to say she still knows how to strike a pose.

Taking to Instagram, Lisa Snowdon posted a flesh-flashing video of herself stripping down to her boob-spilling swimwear.

Adding a touch of fun to the post, the 45-year-old had the video run in reverse so that it appeared she was getting dressed at a fast rate.

However, it’s safe to say fans were distracted by the radio personality’s killer toned body.

Jumping up and down in the video, the starlet no doubt caused hearts to flutter as her breast pals jiggled on camera.

Not content with just showing off her upper body, Lisa also displayed her washboard abs in the titillating clip. 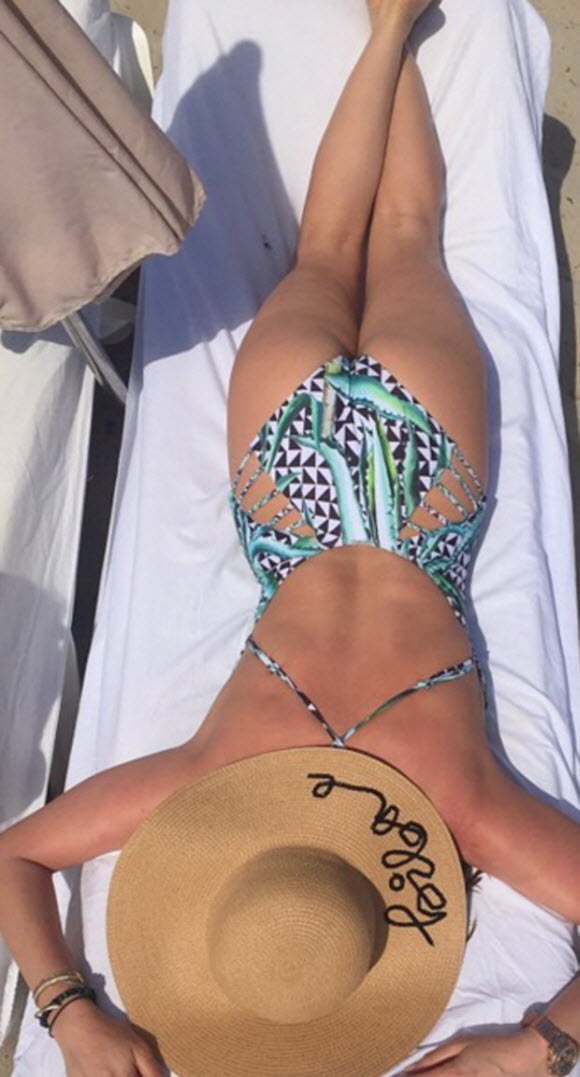 With her bikini line creases visible, the former model proved to be a sight for sore eyes.

Reacting to the snap, one admirer gushed: “Looking a tad fabulous,” alongside several thumbs up emojis.

Another quipped: “Big balls, Snowdon, giving the locals a striptease.” 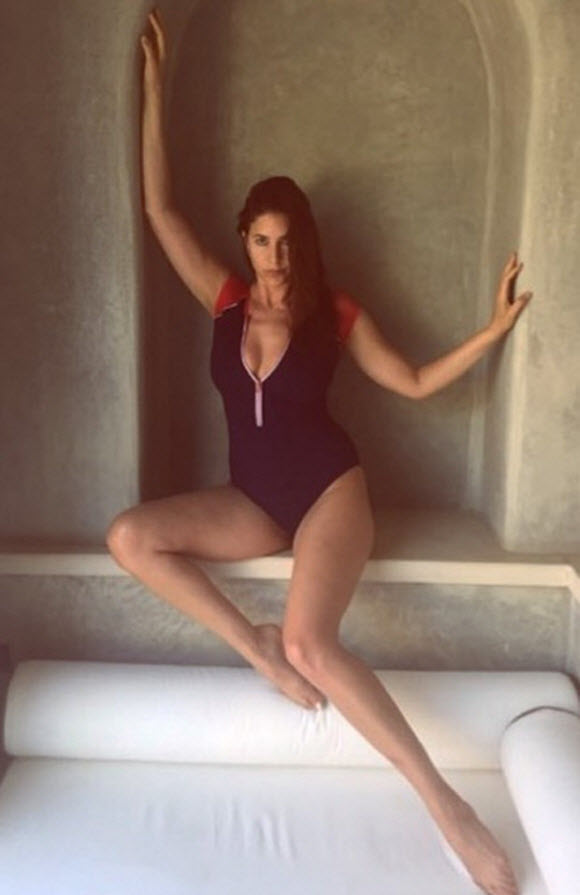 Admitting to having had a life-long crush on Lisa — who famously dated George Clooney — an awestruck male noted: “Just bloody gorgeous… My teenage self definitely had great taste!”

Responding to the compliment, the ageless beauty posted: “Ah thanks, Jess. That’s lovely coming from you.”