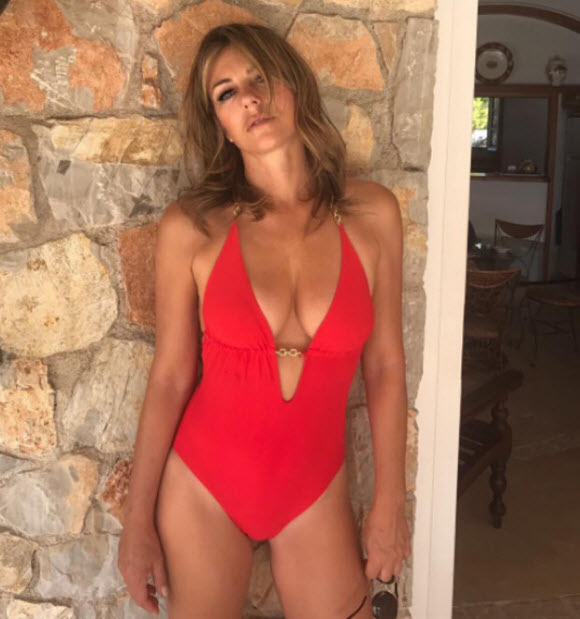 Elizabeth Hurley let her bust lead the way in this jaw-dropping swimsuit peepshow.

The Brit actress is nothing if not consistent when it comes to her flesh-flashing antics.

Liz Hurley caused a fan frenzy when she posed in a nipple-baring open robe and tiny knickers yesterday, and she’s prompted a similar meltdown today.

Taking to Instagram, the ageless beauty posted a picture of herself wearing a red hot swimsuit that clung to her infamous assets.

Rocking a neckline slashed to the navel, the 52-year-old put her bulging boobs on full display. 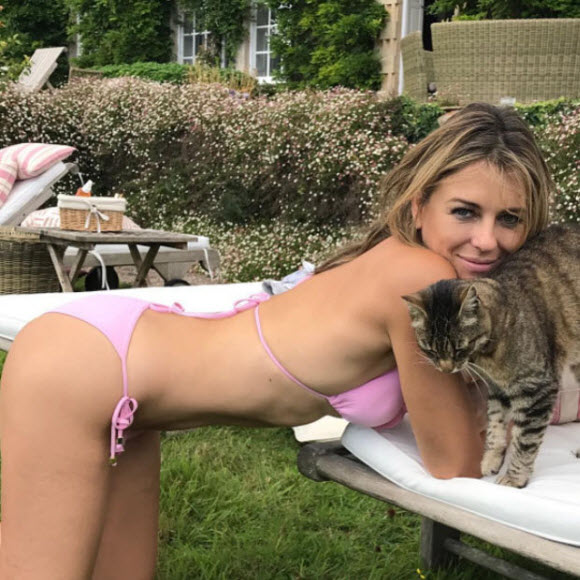 With her cleavage looking fit to make an escape bid, the brunette bombshell rocked an overspill in the flimsy design.

Despite being just one wrong move away from an almighty wardrobe blunder, the camera-loving starlet avoided showing more than she bargained for as she posed for the winning shot.

Looking every inch the beach goddess, The Royals actress showed off an all-over golden glow.

And while some people shy away from high-cut swimsuits, Liz embraced the risqué style as she flaunted her intimate tan lines. 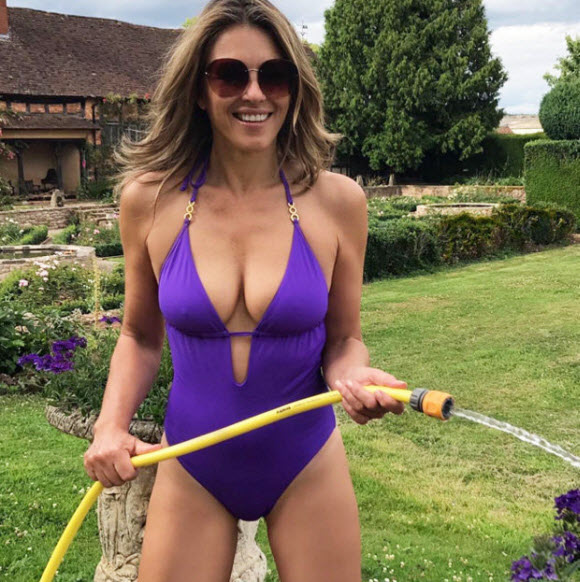 Rivalling Insta babes such as Demi Rose Mawby and Lindsey Pelas, the mum-of-one flashed a sultry glare as she let her styled locks fall loose around her face.

Proving to be the best advertisement for her Elizabeth Hurley Beach collection, the former model revealed in the caption that she was wearing one of her own designs.

Keen to show their approval for the snap, one admirer gushed: “You go, girlfriend.”

Another remarked: “You have a fantastic figure, babe,” followed by several lips emojis. 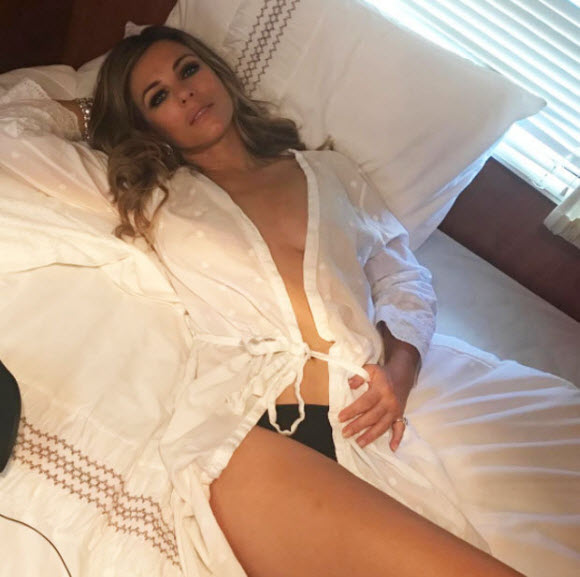 Not holding back, a straight-talking randy male posted: “Oh, sweetheart, your juicy boobs.”

“Wow, you’re a heart-stopper,” an awestruck follower said in agreement.

Marvelling at the starlet’s age-defying looks, one impressed viewer wrote: “How old are you? 25?”

Similar to Pixie Lott, who also posted a red hot swimsuit snap earlier today, Liz was awarded beach babe status by fans who told her she was Baywatch-worthy.