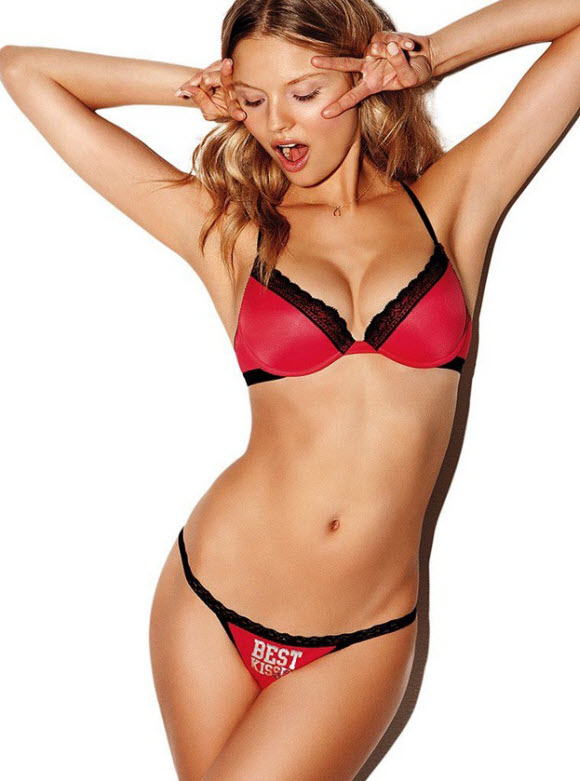 Magdalena Frackowiak (born Magdalena Frąckowiak on 6 October 1984 in Gdańsk, Poland) is a Polish fashion model who began appearing on international runways in 2006.

As of January 2013, Frackowiak ranks 23rd on the Top 50 Models Women list by Models.com

Born in Gdańsk, Poland, Frackowiak was sixteen when her mother sent her pictures to a Warsaw agency’s modeling contest. She won, and was scouted by Darek Kumosa of the Model Plus Agency. Her first paid assignment was for Machina magazine. She is currently signed with DNA Model Management in New York.

She featured prominently in the 2008 Ralph Lauren, Alessandro Dell’Acqua, and Oscar de la Renta print campaigns, and she has been on the cover of Italian, German, Japanese, and Russian Vogue and French Revue de Modes Vogue Paris declared her one of the top 30 models of the 2000s.

Frackowiak walked the 2010 Victoria’s Secret Fashion Show, and has a starring role in the Lagerfeld-directed video for the brand Hogan, alongside Baptiste Giabiconi and Sebastien Jondeau, which hit stores at the end of January 2011.

She is also featured in the 2011 Pirelli Calendar photographed by Karl Lagerfeld.