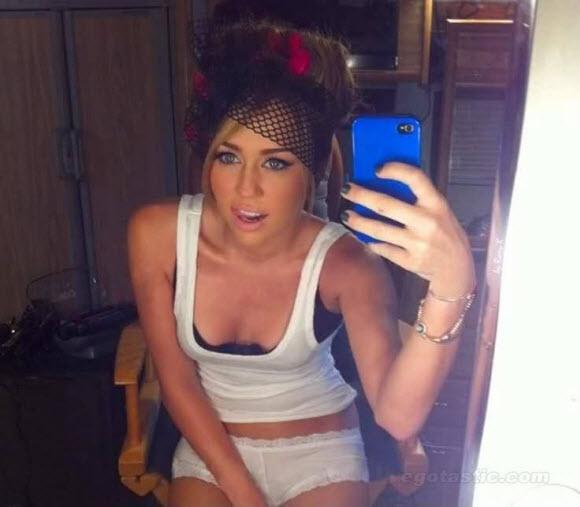 Miley Cyrus put on an eye-popping display as she posed for a naked snap for David LaChapelle’s new book .

The 24-year-old leaves nothing to the imagination as she’s transformed into a scantily-clad butterfly.

Wearing her blonde tresses down in a very curly ‘do, Miley exposes her breasts while her multi-coloured wings take centre-stage. 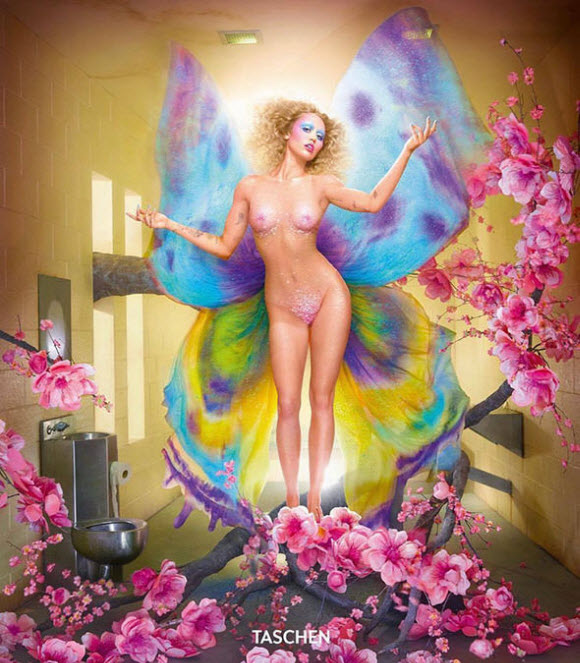 Flashing a sultry gaze at the camera, the US singer – sporting a sheer bodysuit – happily revealed her body however a few strategically placed gems protected her modesty.

With her arms in the air, Miley shows off her numerous tattoos while wearing bright blue eye-shadow for the unusual picture.

Surrounded by pink flowers, the controversial star is seen in what appears to be a jail cell, complete with a metal toilet. 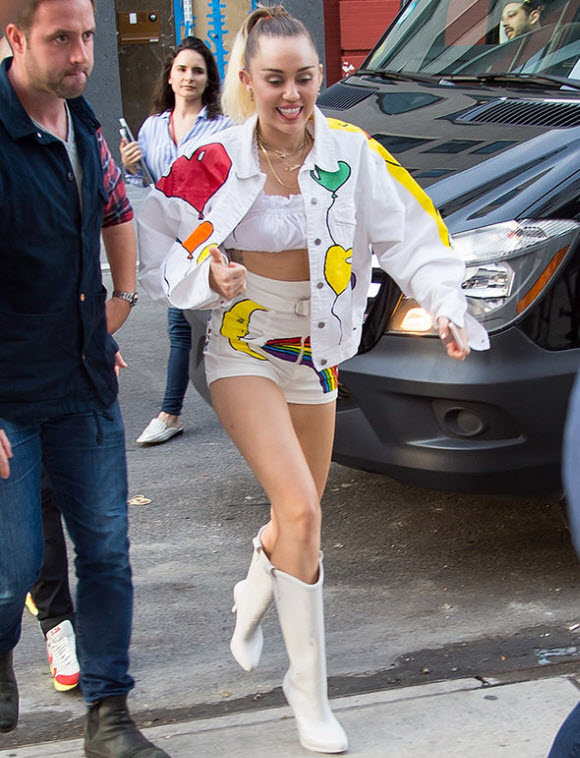 The Voice favourite is currently gearing up for the MTV Video Music Awards this weekend, where she will be performing once again.

Looking over a pair of sunglasses, Miley was seen in double denim and a knotted T-shirt in the post.